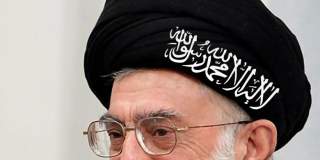 A few footnotes in the Senate Intelligence Committee’s controversial report on the CIA’s interrogation practices offer a glimmer of light on one of the murkiest dyads in today’s Middle East: Iran and Al Qaeda. The footnotes state that a CIA detainee told his interrogators in early 2004 of an Al Qaeda operative seeking approval from a senior figure in the terror group for “a plan to kidnap Iranian VIPs to gain the release of senior Al Qaeda Management Council members in Iranian custody,” and of another operative “delivering three Arabs who had come from Iran” to Al Qaeda in Pakistan.

The report included these bits of information among several that it says were gleaned from the detainee before he was, to quote the report, “subjected to the CIA’s enhanced interrogation techniques.” The report raises the information to support an argument that “the vast majority of the information” from the detainee came before that phase of his interrogation. Yet if they’re at all true, the details are interesting in themselves.

There are two broad schools of thought about Iran’s relationship with Al Qaeda. The more common narrative is that Iran, a Shia state, would want nothing to do with a fanatical Sunni organization that kills Shiites in droves. The counternarrative is that the relationship is not so straightforward: that despite ideological differences and clear instances of conflict, the two parties have had some sort of accommodation that, at minimum, puts limits on that conflict.

Because so much of the relevant information is secret, it’s hard to confirm either narrative. We’re on dangerous ground. What information we do have is fragmentary and not always reliable—an array of little tidbits like the ones that came out in the torture report. The full truth may never come out. Caution is in order. Yet both narratives can build suggestive mosaics from the shards.

The narrative of Al Qaeda–Iranian enmity is straightforward: in addition to ideological differences, the two have a history of conflict. Al Qaeda was hosted by the Afghan Taliban; Iran supported the anti-Taliban Northern Alliance and nearly went to war with the Taliban in 1998. When the American invasion of Afghanistan forced some Al Qaeda members to flee into Iran, they were put under arrest or expelled after their passports were copied to help track them. The Iranians have tried, unsuccessfully, to use the detained terrorists as bargaining chips with the United States, but they’ve otherwise been kept quiet. And Iran’s proxies around the region have openly fought Al Qaeda and its fellow travelers. Iran bombs the Al Qaeda–derived Islamic State group and rails against the hardline Sunni ideologies that inspire them. Al Qaeda affiliates and fellow travelers attack Iranian diplomats in places like Yemen and Lebanon; Al Qaeda in the Arabian Peninsula struggles for control of Yemen with the Iranian-backed Houthis.

The counternarrative accepts much of the above, but suggests that overt conflict belies covert contact. The 9/11 Commission Report, released in mid-2004, alleged that Iran-Al Qaeda contacts dated to “late 1991 or 1992,” when a meeting in Sudan “led to an informal agreement to cooperate in providing support—even if only training—for actions carried out primarily against Israel and the United States.” This was followed up by training for “senior al Qaeda operatives” in Iran and, in 1993, in Lebanon’s heavily Shia Bekaa Valley. (There were murky dealings between Iran and Sunni jihadists around this time in Bosnia, as well, as documented by former NSA analyst John R. Schindler in his book Unholy Terror.) According to a captured Al Qaeda operative, Iran “made a concerted effort to strengthen relations with Al Qaeda” after the 2000 USS Cole bombing, “but was rebuffed because Bin Ladin did not want to alienate his supporters in Saudi Arabia.” Further, said the operative (corroborated by other detainees), Iranian officials were willing “to facilitate travel...through Iran” to Afghanistan. Among those who would travel this way were some of the 9/11 hijackers, though the report states that there was “no evidence that Iran or Hezbollah was aware of the planning for what later became the 9/11 attack.”

After the American invasion of Afghanistan, some Al Qaeda leaders and their families—“hundreds” in total, according to NBC News’ Robert Windrem—fled into Iran. Among them were Osama bin Laden’s son Saad, future Al Qaeda caretaker-leader Saif al-Adel and Suleiman Abu Ghaith, who had appeared on video with Osama bin Laden and Ayman al-Zawahiri shortly after the September 11 attacks. Windrem, citing “U.S. and Iranian officials,” reported that the group bribed its way in, but was soon detained. Accounts of the conditions of their detention vary widely—the Iranians told Windrem that “Iran has never permitted al Qaeda to have any activity or operation from or inside Iran” and that the Al Qaeda personnel there are “in jail.” But according to CNN’s Peter Bergen, they were instead under “some form of house arrest. Their conditions were not unpleasant, with time for visits to swimming pools and shopping trips.”

There may have been negotiations with the United States about their status but these ended, according to multiple reports, after Al Qaeda’s May 2003 Riyadh attacks. “Senior Bush administration officials” told the New York Times that intercepted communications suggested that Al Qaeda men in Iran were involved, prompting a downturn in U.S.-Iranian relations and, according to Windrem’s reporting a decade later, new restrictions on the jihadi exiles: “Every once in a while, we would intercept non-operational communications from them to relatives back home. That was it.”

Fast forward to 2008. Al Qaeda gunmen kidnap an Iranian commercial attache in Peshawar, Pakistan on his way to work in the Iranian consulate there. He’s released in 2010. Iranian state television says he was rescued by Iranian agents. Bergen’s sources dispute that, saying that the attache was released in return for more freedoms for Al Qaeda’s men in Iran. Bergen notes that documents found in the Bin Laden compound “portray a rather tense relationship between al Qaeda and the Iranian authorities,” with Bin Laden warning that “the Iranians are not to be trusted.” Journalist Eli Lake, another longtime Al Qaeda–Iran watcher, argues (in a piece coauthored by Josh Rogin) that the relationship had “soured,” with Al Qaeda leaders trickling out from 2008 on (though some, most notably al-Adel, have stayed). Saad bin Laden would be killed by an American drone in Pakistan in 2009; Suleiman Abu Ghaith would be picked up by Turkey and eventually passed to the United States after leaving Iran after being, as one U.S. official told Windrem, “expelled” by Iran.

Yet the relationship might not have gone cold. The U.S. Treasury’s industrious sanctions team targeted Iran’s Ministry of Intelligence and Security (VEVAK) in 2012 for, among many other things, “facilitat[ing] the movement of al Qa’ida operatives in Iran and provid[ing] them with documents, identification cards, and passports,”—consonant with the 9/11 Commission’s old allegations—and “provid[ing] money and weapons to al Qa’ida in Iraq (AQI)...and negotiat[ing] prisoner releases of AQI operatives.” Later that year, Treasury counterterror chief David S. Cohen would charge that Al Qaeda had a “critically important Iran-based funding and facilitation network.” The network, said an official release, operates “a core pipeline that moves al-Qa’ida money and fighters through Iran to support al-Qa’ida activities in South Asia. This network also sends funding and fighters to Syria.” And it exists, stated Treasury, thanks to a deal between Iran and Al Qaeda:

Under the terms of the agreement between al-Qa’ida and Iran, al-Qa’ida must refrain from conducting any operations within Iranian territory and recruiting operatives inside Iran while keeping Iranian authorities informed of their activities. In return, the Government of Iran gave the Iran-based al-Qa’ida network freedom of operation and uninhibited ability to travel for extremists and their families. Al-Qa’ida members who violate these terms run the risk of being detained by Iranian authorities.

A central operative from this network would later be killed in Syria. He left behind an apparently still noteworthy Al Qaeda network in Iran—one that’s allegedly sending fighters and funds to Syria. Given that the Syrian regime—an Iranian ally—has been accused of colluding with hard-line Sunni extremists and helping them take a more prominent role among Syria’s rebels, these are interesting accusations indeed.

Again, the counternarrative of Al Qaeda–Iranian cooperation is hard to establish with anything approaching certainty, and much of what has come out comes from sources that are official, or anonymous, or both. It’s a bit hard not to grimace when reading sentences like “a senior Bush administration official said that the United States had ‘rock-hard intelligence...’” (That’s from the May 2003 New York Times article on the Riyadh attacks.) But the incentives for a tacit, testy relationship—some mutual foes, an Iranian desire for leverage and an Al Qaeda desire for security—are there.

The tidbits in the torture report complicate both narrative and counternarrative. The CIA detainee says he saw the man “who was delivering three Arabs who had come from Iran” in December 2003. That’s well after the May 2003 Riyadh attacks that had allegedly prompted Iran to get tougher with Al Qaeda men on its soil. The detainee’s claim of an Al Qaeda plot to kidnap “Iranian VIPs” in order to free Al Qaeda leaders held in Iran is undated, though the detainee says he saw the leader whose approval for the plot was being sought in a particular building of an Al Qaeda compound in December 2003, and elsewhere mentions (again undated) that the plotter seeking approval stayed in that building.