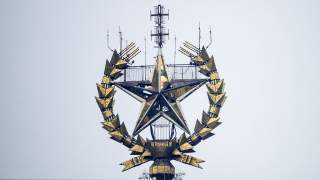 President Trump will face no more urgent foreign-policy task than developing a Russia policy. His warm words for Russian president Vladimir Putin and his questioning of long-standing bipartisan U.S. policy have alarmed key foreign-policy constituencies at home and allies and partners abroad, while raising hopes in the Kremlin of a new beginning more favorable to Russia. Other statements, however, such as supporting increased funding for the modernization of nuclear-weapons infrastructure and decrying the Iran nuclear deal, suggest a harder approach. The challenge will be turning this vague, often contradictory campaign rhetoric into concrete policy that can win the support of the American people and their representatives on the Hill.

That will not be easy, for the president is correct in his intuition that the United States needs a new approach to Russia, breaking with the bipartisan consensus that has guided policy since the Cold War. Our grand ambition to integrate Russia into the Euro-Atlantic community as a free-market democracy has failed. The eruption of the Ukraine crisis nearly three years ago made that point emphatically. Russian leaders have underscored their determination to rally support against U.S. global leadership and to challenge the United States at a number of geopolitical points along the periphery of their country, especially in Europe and the Middle East. Normalization of relations, in their view, does not mean partnership or even cooperation, but respectful competition between equals with acknowledged spheres of influence.

The Russia We Face

The starting point for a new strategy is a clear understanding of how Russia relates to American goals. Its nuclear arsenal, vast natural resources and proximity to regions of undisputed strategic value to the United States, including Europe, the Middle East, South and East Asia, and the Arctic, make it a power the United States cannot ignore. Moreover, even if it is in secular decline, Russia will remain a power to be reckoned with for years to come. Its world-class diplomatic corps, increasingly capable military that outclasses any in its immediate neighborhood, and creative scientific community that can harness cutting-edge technology to military needs, now most notably in cyberspace, guarantee that.

Relations will focus on security matters, as they have since the United States emerged as a global power at the end of the nineteenth century. Cooperating with Russia is indispensable to maintaining the strategic nuclear balance and preventing the spread of weapons of mass destruction. Taking its interests into account will be critical to creating zones of peace, stability and prosperity along its borders. Engaging it will improve the chances of containing—and ultimately eliminating—the threat of international terrorism. Although major benefits might emerge in time from closer economic ties, the hard truth is that the lack of complementarity between the American and Russian economies prevents trade and investment from becoming anything other than a minor part of the broader relationship in the next decade or more.

Engaging Russia will be neither pleasant nor easy. It exudes a prickly nationalism, born of wounded pride, a deep sense of vulnerability and an unquenched desire for respect. The Kremlin is acutely aware of the challenges it faces in modernizing its economy to generate the resources to sustain its ambition to be treated as one of the world’s few great powers. Today, as often before in history, the gap between capabilities and ambitions bedevils Russia’s leaders, but it will not prevent them from demanding a role in world affairs they cannot quite fulfill.

How, then, should we proceed? In broad terms, two schools of thought have dominated policymaking for the past twenty-five years. One, which included the Obama administration, argues that we need to contain and isolate Russia, as we did during the Cold War. The other calls for the pursuit of cooperation. But neither is adequate to today’s realities. It is impossible to contain one of the world’s largest economies and major military powers in an increasingly interconnected world, especially when non-Western powers, notably China and India, are disinclined to follow the American lead. And cooperation for the sake of cooperation makes little sense when Russia is determined to pursue its national interests, which it now often defines in opposition to ours.

Rather, our goal should be to create what we might call a new equilibrium, that is, a balance of cooperation and competition with Russia that reduces the risk of great-power conflict, manages geopolitical rivalry and contains transnational threats.

Achieving this equilibrium will require that we break with some of our traditional diplomatic practices.

First, we need to engage Russia fully, and not limit channels of communication as we tend to do when we find a rival’s actions unsavory. In diplomacy, dialogue should not be a reward for good behavior, but a means to understand the other side’s interests and intentions. It is especially needed when events threaten to spin out of control, as they now do in U.S.-Russian relations. Moreover, re-engaging Russia today does not entail a return to business as usual, for the presumption is not that engagement will foster greater cooperation—although it might—but only that it will forestall a more dangerous deterioration.

Second, we have to think globally and holistically, rather than seeking, as we now do, to compartmentalize relations into areas of agreement and disagreement or pursue relations as a disconnected set of discrete deals. Like it or not, Russians operate in a world of soft linkage. Syria and Ukraine policy are inevitably intertwined, because the Kremlin insists they are, and because neither can be separated from the broader question of European security. By the same token, what we do in Europe will necessarily shape Russian policy in Asia, pushing it closer to China or providing reason for it to resist China’s pressure or blandishments.

Third, we need to refine our understanding of shared interests. Both countries might share an interest in fighting ISIS, for example, but closer examination reveals stark differences in the assessment of the threat, the policy for dealing with it and the sense of urgency. The same holds true for other shared interests. As a result, our goal should not be so much to find common ground as to determine the possible trade-offs within and across issues that will lead to the balance of cooperation and competition that best advances American goals.

Last, we need to discipline the bureaucracy to pursue a set of sharply defined national priorities, although it might not always be wise to detail them in public. In this framework, we must relentlessly pursue our core interests—what is indispensable to our security and prosperity—while being prepared to make concessions on other matters that are not vital, even if they might be of value, to advance our priorities.

The contours of the new equilibrium will shift over time, as we reassess our interests in a turbulent world, and as Russian behavior and capabilities evolve. At the moment, our strategic goals and objectives in broad outline include the following:

As the world’s two largest nuclear powers by a wide margin, the United States and Russia bear a unique responsibility for maintaining strategic stability. Russia’s recent nuclear saber-rattling, apparent violation of the Intermediate-Range Nuclear Forces (INF) Treaty, suspension of the Plutonium Disposition Agreement and disavowal of interest in further arms reductions have unsettled the strategic environment. Cooperation on nonproliferation remains uneven, as rivalry in cyberspace heats up in the absence of agreed rules of behavior or a common understanding of the dangers.

As one of its first steps, the new Trump administration should propose to Russia a wide-ranging discussion of arms-related issues, to include prolonging the new START, reviewing the implications of advanced conventional weapons for nuclear stability, developing norms for cyberspace and exploring ways to bring other nuclear powers into discussions of strategic stability. Critical to persuading Moscow to engage will be a willingness to discuss limits on our respective missile-defense programs, which Moscow has adamantly opposed, and review the INF Treaty at a time when other countries are acquiring intermediate ballistic-missile capabilities.

In addition, the new administration should strengthen the nonproliferation programs in which both we and Russia participate, including the Global Initiative to Combat Nuclear Terrorism, launched as a joint U.S.-Russian effort in the George W. Bush administration. We should also pledge to continue to work with Russia and others in constraining both Iran’s and North Korea’s nuclear ambitions.

Second, managing the rise of China.

The rise of China is a defining feature of the current period, affecting the global economy and the geopolitical balance in the Western Pacific and across the Eurasian continent. Russia’s pursuit of a strategic partnership with China, accelerated by the deterioration of relations with the West, may eventually run aground amidst deep-seated historical antagonisms, but not without developments detrimental to U.S. interests in the short-to-medium term.

The new administration’s goal should be to include Russia as a party in flexible coalitions in East Asia to increase the leverage of all countries, including Russia, the United States and our key East Asian allies, in dealing with China. At the moment, however, the West’s Ukraine sanctions weaken Russia and drive it into China’s embrace, to our detriment. Our interests would be better served by gradually easing those sanctions, in return for concrete Russian steps vis-à-vis Ukraine, starting with those that prevent robust American and Japanese participation in the development of Russia’s Far East. In addition, the United States needs to overcome its discomfort with Russia’s presence in Central Asia, which counterbalances China’s; indeed, we should work with Russia there—and encourage Japan, South Korea and India to do so—to moderate China’s influence.