TPP Is Dead. What Now? 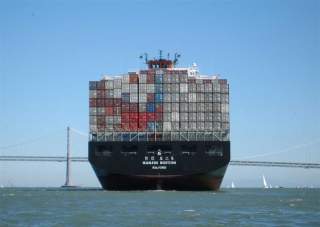 The United States pulled out of the Trans-Pacific Partnership this week. Once considered the most ambitious free-trade agreement in history, the TPP aimed to set the trajectory and tone of trade in Asia as a balance to a rising China. Now, there is an economic vacuum to fill, and—for countries looking for partners in growth—China is the obvious choice.

The demise of the TPP will not affect near-term U.S. growth, but many of the United States’ staunchest Asian allies, including many in disputes with China, were among those negotiating the TPP. For those countries, including Vietnam, the economic gains and strategic alliance with the United States were significant, and the lack of TPP leaves them at a strategic disadvantage.

The TPP was a long-term investment in trade liberalization. Writing the rule of trade in Asia with a durable framework was a laudable goal. The problem was that the United States would realize few immediate gains from striking the agreement. With the supposed job-flight aftermath of trade agreements already in place, it is little wonder there is trepidation around trade.

The United States gambled that it could play a more substantive role in setting the rules for Asian trade, and if China and India had joined, it might have worked. The economic benefits could have been substantial down the road. But the United States was too big to benefit from a deal involving too few real changes to the global economic regime.

U.S. credibility in Asia—the most populous region in the world—will be damaged, but the TPP will also hit much closer to home. Mexico and Canada joined the negotiations, and Chile and Peru were involved as well. The United States’ withdrawal not only throws away the potential for a trade agreement, but may cause countries that expended significant political capital for the TPP to retreat from free trade for the foreseeable future.

In response to the negotiation of TPP, China has been constructing its own trade framework in Asia and beyond. With the United States in retreat from Asia, the power in the negotiations for the Regional Comprehensive Economic Partnership shifts widely to China. Following a disintegration of the TPP, participants can turn to the RCEP and look to gain access to China and India, neither of which was included in the TPP. For Mexico and Canada, who have access to the United States through the North American Free Trade Agreement—another agreement in limbo—this could be the preferred outcome; that’s not something the Trump administration likely wants to contemplate. The era of U.S. soft power in Asia is dwindling.

Lacking leadership, it is difficult to see where free trade goes from this juncture. A recent development in of global trade is that the United States is not the only game in town. China’s “One Belt, One Road” in many ways mimics the West’s traditional methods of expanding its influence and economic system.

The abandonment of TPP also allows for a relaxation of the reforms the United States was pushing. U.S. companies competing with State-Owned Enterprises understand that these businesses do not typically have profit goals, but are far more frequently used to employ as many people as possible instead. This makes it difficult for profit-minded companies to compete. The TPP pushed for SOE reform; now there is little reason to expect any imminent changes.

The demise of TPP suggests that prospects for the Transatlantic Trade and Investment Partnership—the free trade deal between the United States and European Union—are not much better. The chances of completing the deal in the current economic climate are slim.

For the United States, the failure of these agreements would squelch trade negotiations for the foreseeable future. Few countries or trading blocs would want to exert the political energy and resources to tackle a trade agreement with a country that may not consummate the relationship.

A retreat from the TPP and TTIP could spur a rash of new deals between other nations. It is only natural that participants will search elsewhere for growth. And it will not be difficult to find it. The West’s opposition, or at least resistance to free trade, may accelerate the trend.

In Asia, TPP was probably second best to the RCEP anyway. The RCEP is a stunning undertaking—not only is it outside of the sphere of U.S. influence, but it includes China, India, South Korea, ASEAN, Australia and New Zealand. In terms of global growth, the RCEP is the center of it.

What happened to the TPP is not disturbing because of what it will do to the U.S. economy. But it sets the tone and precedent that the United States is not going to be the center of trade or economics. Any future deals will lean more in favor of the United States, or not be negotiated or consummated at all. U.S. trade is in retreat, and so is its influence.