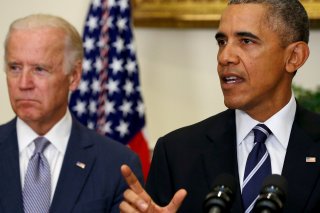 Recently the Democratic presidential candidate, Joe Biden, said that his administration would support the U.S. re-entrance to the Trans-Pacific Partnership (TPP), renamed as the Comprehensive and Progressive Agreement for Trans-Pacific Partnership (CPTPP) and signed by eleven countries on December 30, even as President Donald Trump continues to reject it. With the coronavirus outbreak, the United States may need to find alternative sources and markets for products and services, and the idea that the United States would rejoin the treaty seems very attractive for a Democratic administration, provided it can keep Senator Sanders’ brand of leftist isolationism at bay.

If the United States enters the CPTPP, it might find in Japan a great ally against its twilight confrontation against China. For, as it happens, the coronavirus pandemic seems to be providing Japan, and to a lesser extent Latin American countries, the opportunity to expand their economic role in Asia Pacific at the expense of China.

Although the original TPP initiative entered into force in 2006, the Obama administration regarded it as a staple for its so-called “pivot to Asia,” and enthusiastically provided leadership to strengthen the pact as a way to counter China’s hegemonic interest in the region. After the Trump administration decided to withdraw from the treaty, Australia and Japan relaunched the free trade agreement, with eleven partners linked by CPTPP, which accounts for 13.4 percent of global GDP and 15 percent of global trade, rendering it the third-largest free-trade area in the globe. As of today, seven countries Japan, Australia, Canada, New Zealand, Mexico, Singapore, and Vietnam have ratified it, with Chile, Peru, Brunei, and Malaysia still in the process of ratification by their respective legislatures. New countries, most prominently the UK, whose territory in the Pacific makes it a stakeholder in Asia in its own right, are also interested in joining the agreement.

The CPTPP mechanism offers attractive trade advantages to its members, reducing and eliminating tariffs and non-tariffs barriers in industrial and agricultural goods, as well as in services, and expanding the commitments of the World Trade Organization.

But due to the coronavirus, foreign investments among the countries are in jeopardy; for instance, Australia has recently decided that all foreign investments in the country will require Foreign Investment Review Board approval, a policy which reverses one only recently taken by Canberra. By the same token, ASEAN is currently shutting down its own cross-border food supply chains. According to the International Monetary Fund, Asia's economies are likely to suffer zero growth in 2020 for the first time in sixty years.

In the meantime, a ministerial meeting of the eleven CPTPP members is planned for next August in Mexico City, the first to take place in the aftermath of the coronavirus pandemic. One topic that may be on the agenda is the expansion of the trade pact that Japan is said to support. Four countries in the Asia Pacific region have an interest in joining the agreement: Thailand, Taiwan, Indonesia, and the Philippines.

Japan’s leadership in securing the success of the CPTPP agreement is likely to expand as a result of the effect the coronavirus outbreak has had on the Japan-China trade contest in the Asia Pacific region. The first consequential fact after the eruption of the pandemic is Japan’s decision aimed at reducing its dependence on China manufacturing, by recalling companies to move their factories back to Japan, or else establishing them in South East Asia. Although China remains the most important export market for the Japanese industry, this may change as Japan is expecting to create new trading relationships, supply chains and markets in the Pacific Rim.

The Abe administration is trying to take advantage of China’s increasing difficulties in dealing with the pandemic. As a result of the coronavirus crisis, China’s economy shrank for the first time in four decades, according to the National Bureau of Statistics. This decline means China’s foothold in the world may be diminished, even as Beijing has built a network of strategic partnerships, most recently with the Regional Comprehensive Economic Partnership signed in November 2019 by fifteen Asian Pacific countries. Although the RCEP refers only to tariff barriers and intellectual property, it has helped China to present itself as a friend of free trade. The RCEP will undoubtedly enhance China’s other signature initiative, the Belt and Road Strategy, on which China has spent eleven billion dollars overseas over the last decade. As a response to the coronavirus outbreak, China is also implementing the so-called “health silk road,” sending trains and airplanes across the globe filled with medical equipment to help other nations fight the pandemic.

ASEAN has become a contested arena for Beijing and Tokyo and seems to be divided between those countries gravitating towards the CPTPP such as Brunei, Malaysia, Singapore, and Vietnam, while others gravitate towards China.

Even though Beijing has been trying to keep its strategic partnerships in Africa and the silk route, and forging new alliances in the Pacific, the economic consequences of the pandemic are bound to be harsher than expected.

To this, it should be added that China’s military maneuvers in the South China Sea— even as the coronavirus outbreak crisis continues to wreak havoc in the region—is a matter of concern for some CPTPP member countries, such as Vietnam.

But China may still have some aces under its sleeve. In February 2021 the U.S.-Russian Treaty, or New START, is poised to expire, even as the United States is testing new missiles in the Pacific. This may lead Beijing to forge a military alliance with Moscow against American hegemonic ambitions in the Pacific.

Still, that may be a small consolation for Xi Jinping and his coterie in Beijing, since China now suffers from a crisis of credibility in the region. Recent Pew polls show that China now has a favorability among Asian countries below that of the United States and Japan. This is an understandable reaction by some of China’s neighbors and African countries who are upset by China's policies of reducing immigration and humiliating foreigners during the pandemic crisis. A backlash seems in order, which could be devastating for the Chinese economy, as China receives the second biggest flow of remittances in Asia, after India.

To compound its problems, China’s leader, Xi Jinping, has to turn inside to fight his domestic enemies by clamping down members of the Chinese security system who allegedly were conspiring against the Chinese leader, even as the pandemic remains a force to be reckoned with.

At a moment when China seems more vulnerable, all Asian economies are being seriously threatened by the mighty struggle between Beijing and Washington, with many of them blaming Xi Jinping. To make things worse, Trump finds it useful for his reelection effort to blame China for the coronavirus outbreak and has decided to impose China import taxes.

But Japan is not faring better than China. The third-largest economy in the world, Japan is suffering a significant financial downturn, and it will likely shrink 30 percent this quarter. To deal with the crisis, the Bank of Japan has resorted to monetary easing by increasing purchasing of corporate bonds and commercial papers. The Bank has been even more active than the Federal Reserve and the European Central Bank so that now the Bank of Japan’s balance sheet is bigger than the balance sheet of the Japanese government. By the same token, the kokkai―the Japanese legislature―decided to spend $240 billion in cash and tax payments to entrepreneurs and small companies in trouble.

Fearful of relying too much on Chinese supply in such industries as health and automakers, Japan has earmarked $2.2 billion dollars to help Japanese companies to move back from China to Japan or else move into other countries in Southeast Asia, a region that has become pivotal by dint of standing at the crossroads among China, India, and the Pacific.

An Achilles heel for Japan is its dependence on Middle East exports of liquefied natural gas, of which it has only a two-week stockpile. To counteract this, Japan is implementing a diversification of its energy sources.

As a result of the coronavirus’s effects on the trade chains in China, Japan began to ask other countries in the Asia Pacific region, primarily the Philippines, Indonesia, Thailand, and Taiwan to join the CPTPP.

The maneuver that is more likely to cast aspersions in China is Japan’s eyeing to Taiwan to join the CPTPP (provided a dispute over import restrictions Taiwan imposed over some Japanese products is resolved).

For now, Japan’s future resembles a coin in the air, with the outcome still uncertain. In his book, Japanization, William Pesek tells the story of how in the 1990s Japan entered a stage marred by a “noxious mix of trifling growth, high debt, falling consumer prices, and political dysfunction.” It is up to the leaders in Tokyo to overcome the throes of Japanization. However, Jacques Attali believes that thanks to its resources, Japan will likely come up on top of the coronavirus crisis.

As for Latin America, Mexico―the host of the next CTPP meeting―is poised to take advantage of its membership in the CPTPP. During President Peña Nieto’s tenure, Mexico’s policy in Asia aimed at relaunching the bilateral relation with China that had been damaged by the previous administration, and attempted to look for deeper integration into the TPP framework. At the same time, Mexico has strengthened its strategic partnerships with South Korea and Japan.