A Tribute to Owen Harries 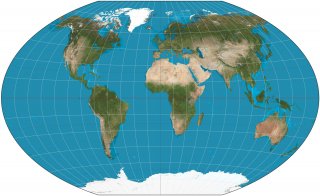 There are people whose memory fades with time. There are others whose importance only grows. Such a man was Owen Harries, who died today at age ninety. Co-founding editor of The National Interest, Harries distinguished himself in the 1990s as a leading conservative realist critic of the post-Cold-War foreign-policy consensus that sustained the belief in U.S. global liberal hegemony.

During the 1960s, 1970s and 1980s, the Welsh-born Harries was an unapologetic cold warrior. As a senior lecturer at first the University of Sydney, then as a professor of political science at the University of New South Wales, he strongly supported the Vietnam war. As a senior adviser in the center-right Liberal government of Prime Minister Malcolm Fraser from 1975 to 1983, he was the intellectual architect of Australia’s anti-communist foreign policy. As Australia’s ambassador to UNESCO, he quickly earned a reputation as a leading critic of what he called “the thoroughly politicized institution dedicated to attacking Western values and interests,” and he helped persuade the Reagan administration to withdraw in 1984.

It was during the first decade of the post-Cold War era when TNI really made its mark. Harries belonged to a brilliant cohort of thinkers during the 1990s including Ronald Steel, James Kurth, James Chace and William Pfaff, who were highly skeptical of America’s special mission to impose its will and leadership across the globe. Because those days now seem so remote, it is easy to underrate the contribution made by Harries to questioning the foreign-policy orthodoxy. If his opinion were unwelcome to the neo-conservative and liberal interventionists, Harries’ intellect enforced respect.

For Harries and the realists, the collapse of Soviet Communism demanded a profound reassessment of foreign policy—a scaling down of commitments and a reordering of priorities in favour of restraint, discrimination and prudence. “If we spend 40 or 50 years saying the Cold War was a tremendously important event, a critical life-and-death struggle, then for Christ’s sake, the end of the Cold War must also be important,” he told the Sydney Morning Herald in 1997. “You can’t say ‘Well, it’s finished but that doesn’t mean much; the world goes on pretty well as it is.’ When life-and-death struggles end, it is supposed to make a very large difference, and I think it has.”

Foreign policy, Harries argued, required cold-eyed calculation and a keen sense of limits of power in a messy world that did not conform to American expectations. Far from embracing a global leadership role, the United States should pick and choose where it should throw its weight around in the world. For Harries, even a global hegemon, however “benign” and “indispensable,” was not immune to the historic tendencies of power politics. Other rising (and declining) great powers had legitimate interests to protect. Democracy was “not an export commodity,” but a “do-it-yourself enterprise” that required special circumstances and conditions. All this meant, among other things, opposing NATO expansion into Russia’s traditional sphere of influence and keeping out of the civil war in the former Yugoslavia.

Apart from his eloquent TNI quarterly editorial, Harries took to the pages of Commentary, the New York Times, the Washington Post, National Review, The New Republic and Foreign Affairs to make his case for a restrained and measured realism. At various stages, he was quoted approvingly by leading columnists—from George Will on the right to William Raspberry on the left. After he read a Harries article on China, Kissinger once told him:  “I can’t remember when I have read an article in which I have agreed with every word. I am only sorry I didn’t write it myself, but I will plagiarise it liberally.”

Harries’ worldview, though, was a striking contrast to the spirit of the times. Having just won a great victory in the Cold War and become the world’s only genuine superpower, it was widely believed, the United States should exploit its primacy, accept its historic mission and wage democracy throughout the world. “American global leadership,” an “American Century,” “indispensable nation,” “the unipolar moment,” “benign hegemony”—these were the buzzwords of the U.S. foreign policy establishment. They led to catastrophe.

Harries profoundly disagreed with the new conventional wisdom on the Left and Right. Although America possessed the military means to defeat any other country, there was not an American solution to every problem. Harries was convinced that Americans did not possess the understanding of other societies and people—the attention span or staying power—to engage in an active, interventionist policy of nation-building and democracy-promotion on a large scale.

This was especially evident at a time when a majority of Americans believed it was high time for the nation to concentrate on its own neglected internal problems. In the Clinton era, the defense budget had fallen, and there was a strong aversion to seeing U.S. soldiers killed and wounded. To the extent that such views prevail, they were inimical to the notion of American global leadership.

By the time Harries retired as TNI editor in the early 2000s, it looked as if his realism resonated with Middle America. “We’ll have a foreign policy that is humble,” declared Republican presidential candidate George W. Bush in 2000. “By that, I mean … the country cannot try to impose our prescriptions on nations.”

All that changed on September 11, 2001. Outrage over the terrorist attacks, combined with the ideology of American exceptionalism and the mental habits of global liberal hegemony, suddenly gave Republicans and Democrats a clear, overriding sense of mission, one that reflected the thinking of neoconservatives and liberal interventionists alike. The result was the Bush doctrine of aggressive unilateralism, pre-emption, and regime change in a world divided between good guys and bad guys, which culminated in America’s disastrous ventures in Iraq and elsewhere.

Although Harries wrote articles and delivered lectures scornful of the Bush doctrine in the 2000s, he generally refrained from commenting on America and the world during the past decade.

Sadly, Harries produced no magnum opus. He offered no broad sweep of theory that gave rise to a school of thought. However, he was revered for his foreign-policy realism and Burkean conservatism and cherished for his wit and his gift for friendship. Those who knew him well longed to question him, and to heed his words, often sharp and sound, always untainted by vanity or insecurity, rich in experience, usually wise, invariably witty. He was a good listener, too, quick to catch the significance of any point and to develop the argument. He was a profoundly decent and modest bloke who never had any urge simply to score points or put down anyone with whom he disagreed.

Harries had a profound impact on me and countless others (such as Jacob Heilbrunn, Gideon Rose, Adam Garfinkle, Scott McConnell, and Michael Lind) through his ceaseless flow of articles and lectures as well as the magazine editions he edited and also, in my lucky case, through a personal friendship for quarter of a century. His is a voice that genuine free thinkers will truly miss.

Tom Switzer is executive director of the Centre for Independent Studies in Sydney and a presenter at the Australian Broadcasting Corporation’s Radio National.