The Trickle-Down Economics of Punishing the One Percent 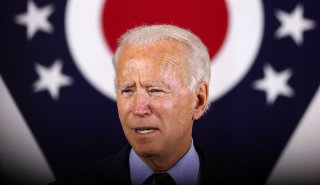 If former Vice President Joe Biden wins the presidential election and Democrats hold the House and win the Senate, then the economic policies of the United States for the past four years will change dramatically.

What does that mean?

The short list: if you are a taxpayer, then your taxes will go up. If you are one of the tens of millions of independent contractors, then your chosen work structure will be illegal. Uber and Lyft are gone. If you are a worker in one of the twenty-seven Right to Work states, then you will find that you can now be forced to join a union as a condition of employment. And if you are an employer opposing unionization you will find your statements may have “go to jail” criminal penalties. And if you are one of one hundred million Americans with a 401K or IRA your life savings will decline. And everything you buy will be more expensive as the energy/gas/carbon taxes will increase the cost of all transportation and production. And if you are in the health insurance, oil, natural gas, or coal industries you may soon be out of a job.

Your taxes will go up: a lot.

Biden promises to increase total federal spend by $11 trillion over the next decade. And to increase taxes by $4 trillion. The deficit will go up $7 trillion by his higher spending and your taxes will increase $4 trillion. This is what he is willing to admit. California Sen. Kamala Harris has endorsed the Green New Deal with a price tag of $89 trillion in more spending over the next decade. Biden’s accord with Vermont Sen. Bernie Sanders endorses—in deliberately vague wording—much if not all of that Green New Deal and its costs. How much of a surrender was it? Sanders pronounced himself very pleased. That much.

What Taxes has Biden specifically said he would raise?

Both Biden and Kamala Harris have repeatedly stated that they will repeal the entire Trump tax cut of $1.5 trillion over a decade.

Repealing the Trump tax cut would jump the U.S. federal corporate income tax from its present rate of 21 percent all the way up to 35 percent. During the Obama/Biden years, the United States had the highest corporate income tax in the world. China takes 25 percent of corporate earnings. The UK 19 percent, Canada 15 percent, Ireland 12.5 percent.

A corporate rate higher than China’s corporate rate would tell investors that the tax issue alone (never mind lower wages and minimal environmental regulations) would argue for new investment to flow into China and away from the United States.

Biden’s staff have sometimes said that their real goal is a 28 percent rate, not the 35 percent Biden and Harris had repeatedly demanded in televised speeches. Still higher than China, the UK, Canada, etc.

Biden would also restore the Obama/Biden tax system of a worldwide corporate income tax. The rest of the world imposes taxes only on corporate income earned within their borders. The United States imposes taxes on American business earnings in France and then taxes the earnings again if they are returned to the United States. The Trump tax cut allows foreign earnings to return to the U.S. tax-free. That means the United States no longer punishes companies from repatriating earnings. They are now less likely to take those foreign earnings and build factories abroad.

Between 2004 and 2017, too many companies—representing $510 billion in assets—moved out of America or were bought by overseas firms. The tax issue alone made Burger King worth more as a Canadian firm than as an American company. No less a wise investor than Warren Buffett managed that tax-driven “Benedict Arnold” corporate inversion.

If you do not own a corporation or multinational corporation, then how will this affect you?

When Trump was elected on Nov. 8, 2016, the stock market began an upward drive to increase by 56 percent by March 2020, just before the coronavirus. The life savings of most Americans young and old grew dramatically. They fell during the coronavirus shutdown, but never to a low as when Biden and Obama were in charge. Now the stock market has restored most of the losses as the underlying tax and regulatory structure are favorable.

And you will become acquainted with the cheerful Alternative Minimum Tax (AMT) which now hits two hundred thousand but will swing back to the Obama target list of five million.

Your standard deduction will shrink from $12,000 for a married couple now to the lower $6,000 tax deduction under Obama.

The death tax will start to bite at $5.5 million down from today’s $11 million. And the step-up in basis in capital gains will be repealed, imposing a significant cost and paperwork burden.

If you are the median income earner with a family of four, then your personal income taxes will go up $2,000. Every year. A median income single parent with one child will see their taxes increase $1,300 per year.

Your work will change.

Labor law changes are to be found in the PRO Act already passed by the Democrat House and endorsed without reservation or qualification by Biden and Harris.

It eliminates the right to be an independent contractor . . . like screenwriters in Los Angeles that work for many studios or musicians who play for many bands. Or Uber or Lyft drivers. The unions find it hard to unionize independent contractors who they demanded any Democrat who wanted union support to sweat to vote for/sign the PRO Act. There is not a Democrat that will win on election day who did not make that bargain and sold their vote already for the PRO Act that includes all the anti-independent contractor bans found in AB5—the legislation already passed in California at the state level.

The cost of all goods and services will change:

The deregulation enacted by the Republican party will be undone. This will reduce the hundreds of billions in savings consumers have only begun to appreciate. The cost of your next car will increase, your energy costs, your food purchases will all become more expensive.

This is simply a list of promises or threats (depending on how you look at it) that Biden and Harris have made publicly. Just as we “do not deserve” to know if they would pack the Supreme Court there are spending plans and tax plans that have not been transparent to voters.

But the one hundred million Americans with an IRA or 401K should keep in mind that there is not one single proposal by Democrat lawmakers or presidential candidates that would increase the value of your life savings. All their promises to the unions, trial lawyers, government employees and their unfunded pensions will reduce the value of the corporate stock inside your life savings.

They may be aiming at “the one percent” but the collateral damage of shooting at Jeff Bezos is measured in hundreds of millions of people.