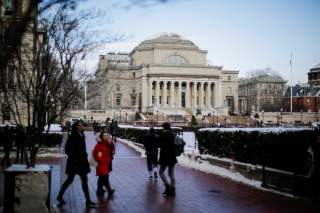 LIKE HIS wife Diana, who wrote her memoirs The Beginning of the Journey in 1993, Lionel Trilling was a charter member of the New York intellectuals. In his collection of essays, The Winding Passage, Daniel Bell anointed both Trillings as elders, along with Sidney Hook, Elliot Cohen, Meyer Schapiro, Hannah Arendt, Philip Rahv and William Phillips. Bell sought to distinguish this generation of Jewish American intellectuals from later ones by stressing that “there was a pride in the group that what was important was really ideas and one should not talk about people as celebrities.”

Lionel Trilling’s eminence was so great, however, that he reached near celebrity status as a literary critic. His 1950 essay collection, The Liberal Imagination, is surely among the most influential volumes of literary criticism ever released in the United States. Towards the end of his life, he published his probing study Sincerity and Authenticity, which championed the eighteenth-century ideal of sincerity by casting a skeptical eye on the quest for an authentic self, a pursuit Trilling associated with the Far Left of the 1960s. An evangelist for serious literature and a public intellectual if ever there was one, Trilling was a moralist who lived in New York City and who had read Marx and Freud. He was as avowedly modern and sophisticated as he was priestly and professorial.

Born in 1905, Trilling came from an Eastern European Jewish immigrant family that was just affluent enough to send him to Columbia College. (His father was a furrier.) At Columbia, Trilling was among the first cohorts of students to take in the great-books curriculum, mounting the arduous ladder from undergraduate to professor. It was a very close call: thanks to the intervention of the college’s president, Nicholas Murray Butler, Trilling overcame the English department’s reservations about him. As with many American universities, the department’s anti-Semitism militated against a Jew and a child of immigrants teaching English literature to Ivy League students. Trilling’s achievement of tenure was a seminal moment for the New York intellectuals, as Sidney Hook recounts in his memoir Out of Step.

Trilling’s truest wish was to be a novelist. He published his only novel, The Middle of the Journey, in 1947. More than a novelist or a conventional scholar, Trilling was a supple essayist in the tradition of Matthew Arnold, about whom he wrote his first book. Trilling was a natural Anglophile. As Bell noted,

“It is no accident, I suppose, that the best writings of Trilling are those on Matthew Arnold or E. M. Forster or Jane Austen, because that was the kind of life—a life of manners, a life of society, a life of culture—which gave a great sense of coherent social structure or of nuanced relationships.”

Like Arnold, Trilling could unite observation with opinion in a manner that was subjective and objective, emotional and urbane, instructive and mysterious.

Trilling never wrote directly about public or foreign policy. He spent no time in Washington, DC. He was literary to the core. Yet his was a life in politics. This was in part a consequence of timing. He was twenty-four years old at the time of the stock market crash, and like many in his generation he was drawn to communism in the 1930s. He did not join the Communist Party. He admired the Soviet Union from afar until Stalin robbed him of his admiration. As with many in his generation, though a bit earlier, Trilling became an anti-communist, the intellectual canary in the political coal mine. His essays narrated the story of communism and anti-communism, and by doing so, they outlined the imperative of anti-communism.

Then came the 1960s. Through this decade Trilling walked an exquisitely fine line. He dined at the White House with John and Jackie Kennedy. His very name was associated with the word liberal, and that was the problem in the sixties. Trilling was the kind of centrist Cold War liberal against whom the decade’s radicals defined themselves. It was Trilling’s peculiar destiny to protect and defend the novels and poetry of the Victorians, among others, in the Age of Aquarius. When the Columbia campus rose up in protest in the spring of 1968, Trilling symbolized the liberal old guard.

Meanwhile, several of Trilling’s friends and one of his students, Norman Podhoretz, rebelled against the reigning rebellion and launched the neoconservative movement in the 1970s. (One of these friends, Irving Kristol, founded The National Interest in 1985 as a realist counterweight to Commentary.) Trilling’s books and essays had been an inspiration to the neoconservative movement, of which he was pointedly not a member. He died a liberal in 1975. He, as an individual who voted for Democrats, who saw little role for religion in American politics and who wanted the United States to oppose the Soviet Union on the international stage. To the end, he was convinced that the proper medium of a liberal culture was literature.

Thus, forty-three years after his death, Trilling is doubly an anachronism. The academic world has dismissed the great books foundation on which his career was built. Its preferred politics challenge the establishment to which Trilling belonged and the assertive foreign policy he preferred. English departments have replaced the personalized essay at which Trilling excelled with the impersonal apparatus of theory and jargon, and whatever the agenda of the humanities in the academy they are fading away in the culture at large. The political world has moved on as well. Almost no bond exists between literature and politics in 2018, at least not from the political side of the equation. The Trump White House is no haven for literati. It may have been a conceit of Trilling’s to believe in this bond back in the 1950s and early 1960s. Now it would be an obvious absurdity.

Not all anachronisms are equal. Some are museum pieces. Some are objects of desire, some of regret, some of indignation. By definition, anachronisms illustrate the distance between past and present by not conforming to the present. The recent publication of Life in Culture: Selected Letters of Lionel Trilling, wonderfully edited by Adam Kirsch, puts a new Trilling before us. In this book, he is not the Olympian essayist. His voice is not perfectly modulated and polished as it was in his essays, an author happy to hide behind the veil of literary criticism. In his letters, Trilling is caustic and affectionate, self-assured and vulnerable. He is tersely and revealingly himself. He is very much an anachronism and one with a great deal to say at the present moment.

The revelation of Life in Culture lies less in its extraordinary recreation of the past than in Trilling’s preferred combination of literature and politics. In the winter of our discontent, Trilling emerges as a partisan of the liberal polity, which is to say of political pluralism, tolerance, rationalism and secularism, of the moderation on which liberal polities depend. The origin of self-government, Trilling teaches us in his letters, is as much the self as it is the citizen, and for self-government to prosper the self needs privacy. The self is created in privacy. That is the function of education and literature alike. The cultivated, healthy self is none other than the ideal citizen, since in a democracy the public and private spheres shape one another. To see how far we have fallen from this model of the self and of self-government we need only open a newspaper or, better yet, turn on cable news or open a social media news feed. The epistolary Trilling is salient circa 2018 for his not thinking and for his not being like us.

IN THE tangle of literature and politics in which Trilling lived literature always came first. He read himself into the nineteenth century as a boy. His Anglophilic parents instilled a love of English literature in him. At Columbia, he fell in with a group of astonishingly precocious, erudite and literary fellow students. In a 1968 letter to H.J. Lang, Trilling recalled that “I have never had Columbia students who knew as much as some of my friends did or who took so much pride in knowing. Very likely the European, especially the Jewish European, influence was still at work.” These students added the modernism of Kafka, Joyce and Proust to Trilling’s standard diet of Jane Austen, Charles Dickens and Henry James.

Trilling rose to literary prominence in the 1940s. His positive and negative ideal of literature comes out best in the letters he wrote to a then unknown student of his, Allen Ginsberg. “I am very largely an old-fashioned humanist,” he explained to Ginsberg in September 1945. Secular though he was, Trilling sought humanistic values in literature—duty, honor, sincerity—literature as an available guide to life or a guide to the good life. When Ginsberg sent him a copy of his poem, “Howl,” a protest against the alleged conformities of the early Cold War, Trilling wrote back in May 1956 with a protest of his own. “I don’t like the poems at all,” he confessed to their author. With subtle touches of coyness and mirth, he wrote that the poems