The True Lesson of 9/11: The Battle Against Terrorism Has Only Just Begun 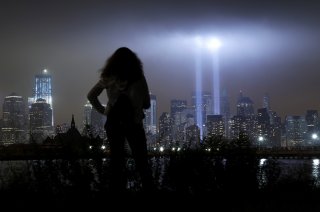 Today marks the nineteenth anniversary of the September 11, 2001, terror attacks. Americans and their friends around the world will commemorate the tragedy, the outpouring of solidarity, and the feeling of unity and purpose that followed the attacks. It may seem hard to recall, but for a time, Americans overcame their partisan disputes, and much of the world joined them in prayer and commitment to root out the scourge of terrorism.

Amid the range of crises that plague the world today, the worst is no longer manmade. But even amid the turmoil of the pandemic, the threat of terrorism remains serious and has metastasized at that. Immediately after September 11, the nerve center of Al Qaeda was largely concentrated around the Afghanistan-Pakistan border. But today, half a dozen of the group’s franchises function autonomously across the globe. The Islamic State, for its part, has also regrouped after losing its rump state in Syria and Iraq, and now maintains more than twenty distinct terror branches and networks.

Both these organizations remain committed to carrying out attacks on the United States. A variety of Shiite Islamist actors, for their part, appear to be on the verge of piling on their own capacities to attack the country. Its allies are preparing for battle too.

These diverse groups now enjoy the use of sophisticated technologies that were unavailable to the September 11 hijackers. They use social media to spread propaganda more rapidly, aggressively, and intimately than ever before. They communicate with each other much more easily and discreetly, thanks to a range of encrypted chatting apps. They can finance their operations with cryptocurrencies. They can create fraudulent travel documents of remarkable quality. They can fly drones to conduct reconnaissance and deliver explosives. They can even make chemical and biological weapons by simply following online recipes.

Just this week, in Morocco, a terrorist cell was dismantled, under the direct operational supervision of the head of the Moroccan national police directorate, Abdellatif Hammouchi. The group had planned to commemorate the September 11 attacks with a bloody encore. They came close to pulling it off, too, with an assist from OuiChat, Chinese leading communications app. Morocco designated a United States NATO Ally in 2004 for its staunch security cooperation with Washington, provides hope that even as terror groups adapt their tools and techniques, a robust and purposeful security sector can keep ahead of them.

Democratic governments must remain at the forefront of this effort because terrorism’s ultimate targets are democracy and the will to preserve and grow it. Consider how the fear that terrorism brings has distorted public debates, weakened moderate political strands, empowered extremists, and polarized societies. As the United States approaches a new presidential election, the need to safeguard the integrity of the process extends to the terror plots now doubtless underway which aim to skew or discredit the outcome.

Redoubling the struggle for freedom from terrorism needs to be a holistic effort. Among the many campaigns to be waged, the United States and its allies should work together in delineating and applying standards for Internet businesses—so as to address, for example, the exploitation of communications platforms for incitement, recruitment, and actual terror planning.

The same coalition of governments should meanwhile redouble their commitment to peacemaking across the Middle East and North Africa. This surely includes expanding the promise of Arab-Israeli peace across the region: to give credit where credit is due, Jared Kushner’s dogged efforts to expand the circle of peace have begun to bear fruit, and the world must come together to broaden the rapprochement. But no less crucially, it entails support for peace within war-torn Arab countries—by fostering national reconciliation among feuding factions as well as eroding the ability of Iran, the world’s number one sponsor of terror, to fuel more bloodshed.

Tehran continues to fund, train, and equip a range of proxy groups, under the notorious leadership of Lebanese Hezbollah. Far beyond Syria, Yemen, and Iraq, the group’s proxies maintain a global footprint, nimble capacities, and access to some of the most dangerous technologies available to rogue states. There is a concern that as their Iranian backer faces the squeeze of snapback sanctions, these groups will receive instructions to wreak havoc by hitting soft targets far from the Arab heartlands. Only vigilance will preempt these attacks, and only global unity in confronting Iran will cut them at the source.

The spirit of unity that the September 11 terrorist attacks briefly kindled has resurfaced over the past few months as many societies have come together to defend humanity from the pandemic. These nations would have come together for more auspicious reasons, of course. But the will to partner across borders should not be limited to confronting one, sole grave threat, at a time when other threats exist.

Ahmed Charai is a Moroccan publisher. He is on the board of directors for the Atlantic Council, an international counselor of the Center for a Strategic and International Studies, and a member of the Advisory Board of The Center for the National Interest in Washington and the board of Trustees of Foreign Policy Research Institute.