The True Power of Trump's Tweets 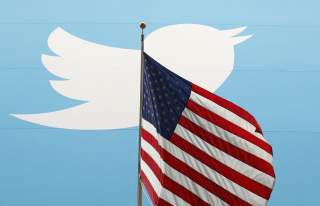 President Donald Trump’s mastery of mass communication is unprecedented in our history. Within an hour after President Trump took the Oath of Office, he launched his first post–inauguration communication to millions of followers through his personal Twitter account. In the following weeks, Twitter would become the president’s chosen medium for projecting policy, announcing personnel movements, and settling scores with leaders both domestically and abroad. Doubling down on their legitimacy, the White House staff quickly proclaimed that the tweets served as official statements from the president. Given the authority of the president’s office and the weight of official communications, it begs the question do presidential tweets carry the full authority and legitimacy of the Office of the President?

Communication from the President

Communication styles and mediums have changed and adapted with the times. During the depths of the Great Depression Americans seeking encouragement turned to President Franklin D. Roosevelt’s “fireside chat” radio broadcasts. These addresses grew into President John F. Kennedy’s usage of the television to address the nation in moments of national crisis. Both of their respective, real-time audiences were limited and rarely exceeded domestic audiences (largely due only to technological limitations of the time). Their statements were binding only on those individuals who tuned in.

Even as the news cycle and accessibility to the president’s message increased, official statements were heavily vetted by the large personnel staff that insulated the White House. The internet severed the mainstream media curtain and allowed every citizen to read, watch and react directly to the often-polished proclamations of our politicians. Social media allowed everyone to broadcast news, immeasurably magnifying the critical eyes and uncontained message of the leader of the free world. President Barack Obama masterfully embraced the growing use of social media in solidifying his election gains, both in 2008 and 2012. Arguably, President Trump’s reliance on Twitter to propagate his message is with the intent to cut through the veil of the media and deliver an unaudited message. This was a distinct shift from his predecessors, who relied largely on the news media to deliver their messages to the world.

How legitimate are a president’s tweets? How binding are these 140-character official pronouncements? The answer lies in a historical international case at the beginning of the twentieth century between Norway and Denmark. In 1919, the foreign minister of Norway, Nils Claus Ihlen, made an unadulterated statement to leaders in Denmark, which unintentionally relinquished the claim of sovereignty of East Greenland to Denmark. The result of this declaration nearly one hundred years ago has direct ramifications for how we view the authenticity, legality and legitimacy of official statements made by official parties. Or in the president’s case: the legitimacy of his tweets.

Greenland as a sovereign territory was discovered and colonized around 900 A.D. by Norway. For hundreds of years the kingdom of Norway and Denmark laid claim to the territory as both countries were unified under one crown until 1814. However, throughout their mutual union, the state of Denmark retained a monopoly over trade activities over Greenland by proclamation of the King in 1774. This resulted in establishing colonies, factories and stations along the West coast of Greenland. Efforts by Denmark to reach the East Coast were unsuccessful.

By 1905, permanent trade stations were established, and the Danish foreign minister issued legal decrees specifying the limits of the territorial waters around Greenland. Norway launched a series of expeditions to the Eastern coastal regions of Greenland starting in 1889 and began building provisional infrastructure at Mygg-Bukta in East Greenland. Denmark brought legal action against the Royal Norwegian Government in the Permanent Court of International Justice (PCIJ) over the legal status of Eastern Greenland in 1931.

Norway contended that Greenland generally referred to the colonized western coast, while Denmark viewed Greenland as encompassing the whole island of Greenland. Most convincingly in the eyes of the court, Denmark cited a personal exchange shared between an official minister of Norway and Denmark ten years prior, whereby the conveyance of the former to the latter was binding under international law.

While the court identified a deliberate pattern of governmental functions and activity between 1921 and 1931, explicitly proving Denmark’s rights over Greenland, the court leaned heavily on the statement made by Ihlen acting in his official capacity as foreign minister. Specifically, in July 1919, the Danish minister for foreign affairs expressed concern over Norway’s intrusion of Denmark’s territorial claim to Greenland. To these concerns, the foreign minister of Norway, Ihlen explained, “the Plans of the Royal [Danish] Government respecting Danish sovereignty over the whole of Greenland . . . would meet with no difficulties on the part of Norway.”

While Norway contended that Ihlen was in error as to the effect of his statement, the court struck down this argument. The court found that Ihlen's inability to foresee the consequences of his actions could not be a valid justification. A country is bound by the reply given on its behalf by its minister of foreign affairs. Therefore, in this case, the response by the diplomatic representative of a foreign power is binding upon the country the minister represents.

Norway desperately explained that a verbal declaration by an official minister is not internationally binding, especially when it would involve the renunciation of important national interests. Further, that the Ihlen Declaration could not bind Norway, since international law attaches legal force only to those acts of a foreign minister which fall within his constitutional competence, and does not apply to statements.

The PCIJ rejected these arguments, asserting the affirmative reply by the minister of Norway had the ability of creating a bilateral engagement. Specifically, the court made the reply of Ihlen binding on the Norwegian government by stating that: “The Court considers it beyond all dispute that a reply of this nature given by the Minister for Foreign Affairs on behalf of his Government in response to a request by the diplomatic representative of a foreign Power, in regard to a question falling within his province, is binding upon the country to which the Minister belongs.”

The Ihlen Declaration demonstrates the incredible power that state officials possess when acting pursuant to their authority. Under the “sole organ” doctrine, the president is undoubtedly the ultimate Constitutional representative of the United States abroad. The words of the president are the most valuable currency the United States has in its repertoire. The world looks to the United States; what we do in the international arena strongly dictates the outcomes for the international community. Coupled with President Trump’s own proclamation of the authority his tweets possess, we are left convinced of the magnanimous effect a tweet of his might possess. And while American citizens have received invaluable insight into the inner workings of the president’s mind, so too have members and leaders of the remainder of the world. At last check, the president has over fifty-two million followers, the world has been provided access to a U.S. president like never before. With the movement of a few fingers, President Trump can touch many more viewers than any president in our history, in fractions of the time.

The effect of his tweets are either legitimate and enforceable, falling within his province, or conversely, these official statements are diminished as merely “just tweets.” However, I offer it is of no value to the American people or the president’s international followers for the president’s official statements to be taken less seriously. A statement by the president, on Twitter or otherwise, must carry with it the authority and legitimacy of the Office of the President.

Hours after the horrific attacks on the World Trade Centers, President George W. Bush looked into the cameras from the Oval Office. There he proclaimed to the world that the awesome power of the U.S. military and intelligence capabilities would “find those responsible and bring them to justice.” There will be “no distinction” between those who committed the acts and those who harbor them. He placed the world on notice, instantly. And everyone recognized the legal and diplomatic ramifications of the President’s statement.

Since 9/11, the way in which we communicate has changed. President Trump now wields his Twitter account as the most powerful communications tool the United States Executive Branch has ever possessed. The president and his diplomatic team should heed the history of the Ihlen Declaration. For if the Ihlen Declaration still stands for anything, it tells us that when a nation’s chief diplomat speaks, or writes, or types . . . or Tweets, the world responds.

Chris Davis is an active-duty captain in the U.S. Marine Corps, currently on orders to attend law school at the University of Tennessee College of Law. He has operational experience living overseas and deployed to nearly a dozen different countries. He is a graduate of the U.S. Naval Academy and holds a master’s degree in management and leadership. The viewpoints contained in the article are the author's own and not representative of the Department of Defense.​