The True Story of How Russia's Foreign Policy Process Evolved 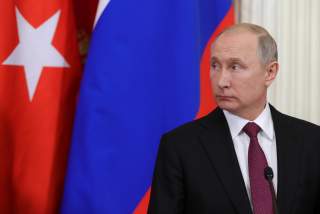 Russia has developed a clear-cut style in its foreign-policy mentality over the past ten to fifteen years. It is the prism through which Russian leaders view the outside world, the unwritten rules and motives for decisionmaking of which the Kremlin itself is not always even aware, as well as specific foreign-policy lines of communication. This foreign-policy style has taken shape because of the joint and synergistic influence of the following factors: Russia’s traditional strategic culture, the professional social growth of a key group of the Russian elite, and the individual profile of President Vladimir Putin.

Strategic Culture as a Worldview

Strategic culture is the elite’s set of views, beliefs, and approaches with respect to foreign policy and major strategy. As a culture, it influences decisionmaking on matters concerning security and foreign policy in a semi-automated fashion, i.e. the decisionmakers are not fully conscious of it. Their foreign-policy reactions seem to them to be natural and even inevitable.

The genesis of the Russian strategic culture dates back to the pre-Soviet era and was articulated under communist rule. The contemporary Russian mentality has reproduced the following positions of the traditional strategic culture: the recognition of the post–Soviet space as a sphere of Russian influence; the special importance of Ukraine as both a bridge to the West and a buffer against potential Western aggression; and the perception of Ukraine and Belarus as “accidentally independent,” i.e. territorial units that broke away from their native Russian people and Russian culture as a result of the collapse of the Soviet Union (which, in turn, was the result of their own betrayal and the subversive actions of the United States).

In the optics of Russian strategic culture, Ukraine and Belarus are artificial and inferior states, whose independent existence is only officially justified if they are strategically subordinate to Moscow. The drift of Ukraine and Belarus towards the West is perceived as an encroachment on Russia’s national identity and a dangerous challenge to the country’s security.

The idea of strategic patience is probably the most important and prominent ingredient in Russian strategic culture. The Russian elite is confident that the Russian people are ready to endure deprivation and suffering indefinitely in the face of an external threat. The Russian economy is not dynamic, but it is stable; it adapts to new sanctions and has a high level of resilience. The thinking is that patience will lead to a window of opportunity opening for Russia sooner or later, and the country will achieve its goals.

In late 2016, it seemed as if this idea had worked for a while: Brexit, the crisis in the European Union, and Donald Trump’s victory in the presidential elections appeared to be a window of opportunity for Russia. It may not have worked out then, but it will later, Kremlin strategists think.

The Kremlin currently believes that the idea of strategic patience is close to being a success in Russia’s policy on Ukraine. The West has become disappointed with Kiev’s inability to carry out reforms, and Russia believes it will be able to reach an agreement with the forces that come to power in the Ukrainian presidential elections (Yulia Tymoshenko).

The influence of the corporate identity on foreign policy

The colossal influence of Russia’s intelligence services on the country’s politics and economy is well known. Russia is the only country in the world (and perhaps in world history) that is run by former and current intelligence officers. The corporate identity of the Soviet KGB influences two main aspects of foreign policy.

First of all, foreign policy is viewed in a paranoid light. Any unfavorable or unacceptable actions for Russia are perceived as a Western-inspired conspiracy against Russia. The Kremlin was particularly angered by democratic revolutions in former Soviet countries, above all in Ukraine, and believed the “subversive activities” of the United States were the main culprit for this.

Secondly, the methods employed by the intelligence services were carried over to Russia’s domestic and foreign policy and started being utilized as instruments thereof. Attempts (sometimes successful) to corrupt European leaders, support for populist parties and movements in Europe, hacking and cyberattacks, and widespread propaganda in social media, among other things, were all borrowed from the arsenal of the intelligence services and given the umbrella name of “hybrid warfare.”

In particular, it is worth noting the psychological pressure that the Russian intelligence services consistently put on Michael McFaul, the U.S. ambassador in Moscow in 2012–2014, as well as some of the provocative behavior against high-ranking U.S. officials who visited Moscow from 2012 to early 2014. Considering that the U.S. did not defend its own ambassador, did not raise a public scandal, and did not even express any outrage, the Kremlin viewed this indifference as moral and psychological weakness on the part of the U.S. leadership and its principled unwillingness to act quickly and decisively in a critical situation.

As a result, Russian leaders concluded that President Barack Obama’s administration was the weakest since World War II in terms of foreign policy. When conducting the operation to annex Crimea in 2014, Russian leaders were confident that the Obama administration would not dare oppose Russia. In addition, the EU was considered too weak and too slow to stand up to Russia.

Foreign policy is President Putin’s main sphere of interest in which his personality is most vividly and visibly expressed. There are two aspects that are key in this regard. First, the messianic complex that has taken shape over the years of Putin’s presidency. Putin is convinced that he is the man who raised Russia from its knees, restored its power, and that he is led by the Lord himself. Putin’s religious devoutness is not a game for the public, but an authentic feeling.

Putin’s specific view of foreign policy follows from his religious messianism. He regards foreign policy not as engagement—sometimes conflicting—between states and countries, but as an arena of confrontation between mystical forces, where Putin and Russia personify the forces of light, and the U.S. embodies the forces of evil. Although Putin sympathizes with President Trump, the Russian leader believes that the hostility of the American establishment is preventing the Russian and U.S. presidents from agreeing on a new world order. In addition, Putin believes that the main goal of Russia’s enemies is to directly overthrow the Russian president. This approach makes any communication with the West difficult. The Russian president’s entourage largely shares his views.

The second aspect of Putin’s personality that influences his foreign policy is the subculture in which he evolved. According to his biography, Putin grew up among a group of so-called “goodfellas,” whose fundamental principles are extremely close to those of Soviet KGB officers. It consists of a cult of power; intra-group democracy; the superiority of the gang over the general public; the gang’s right to collect tributes from the general public, with its power over the population being based on unwritten rules and not the law; the ability to exert violence against weak and disorderly members of the public; respect for force and the ability to retaliate; and the freedom to lie and deceive, with the key objective being to come out on top. In short, the gist of ​​the moral code of “goodfellas” is extremely simple: force is the only source of power and, along with cunning, a key instrument of power; nothing else—law, morality, public opinion—matters.

Let’s take a look at how this mental amalgam is carried out in Russian foreign policy.

In November 2013, protests erupted in Ukraine against President Viktor Yanukovych due to his refusal to sign an Association Agreement with the European Union. The Kremlin regarded the protest as a result of subversive actions by the United States, which wanted to rip away a key post–Soviet country from Russia. Putin viewed the situation as a challenge to him personally: he warned the Americans not to cross the “red line” and promised that the West would get the “artificially formed Ukraine” without part of the territory that had been “gifted” to it. It’s time to stop the Americans and show Russia’s power to the whole world!

This situation contributed to Russia’s decisive actions: Moscow viewed the Obama administration as weak and inconsistent, European governments as corrupt and not ready for war, and thought European business would not want to lose lucrative Russian contracts. The West would react slowly and sluggishly. Russia would wait until the West got tired of Ukraine and its own sanctions and would prevail. In order to force the West to cooperate with Russia as quickly as possible, the latter had to create a sense of nervousness in the former, compromise its democratic institutions, support pro-Russian political forces, and create a revisionist coalition within the European Union.

Another option would be to create a sham target in Syria to conduct geopolitical bargaining with a trump card in hand. Russia would agree to withdraw from Syria if the West recognized the new geopolitical status quo in Europe.