Trump’s Decision to Halt WHO Funding Could Cost American Lives 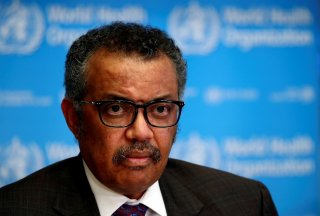 In the face of growing criticism of the Trump administration’s handling of the response to the coronavirus pandemic, President Donald Trump recently announced the suspension of the U.S. payments to the World Health Organization. It seems, even before this announcement, the United States was behind in its previously committed payments to the WHO.

While it is unclear for how long the president intends to suspend the payments, this is a dangerous strategy in the midst of a public health emergency of unprecedented scope. Should WHO epidemiologists really be forced to spend their time preparing emergency grant requests to countries to fill the resource gap due to the pause in the U.S. payments?

Attempting to cut global health funding is not new for this administration. The president’s budget proposals have contained major reductions in foreign aid, including global health. For example, Trump has previously proposed cutting USAID’s global health budget by half and has attempted to eliminate the Fogarty International Center—NIH’s flagship institute for global health. In fact, in 2019 the administration eliminated the majority of funding for the Emerging Pandemic Threats program at USAID.

The U.S. government spends less than 1 percent of its gross national income on non-military foreign aid. The biggest portion of this aid goes to global health. Given the announcement regarding WHO funding and proposed drastic cuts in the U.S. global health budget, this is a good time to take stock of America’s global health investments.

Some of America’s past investments in WHO continue to pay dividends for successive generations. Smallpox eradication, an audacious WHO-led initiative that resulted in the extinction of a whole species for saving human lives, is one such example. The smallpox eradication program required approximately $100 million of support from international donors—with the United States as the biggest donor. After eradication, there is no need for treatment and vaccination for smallpox—resulting in not only the protection of lives but also substantial savings. As a result, American taxpayers recoup their investment in smallpox eradication every twenty-six days!

To state it in the language the president is likely to relate to: this was a terrific deal for the American people.

Even beyond WHO, America’s global health investments have a high return on investment. For example, eighty-nine cents of every dollar spent by the U.S. government on global health research and development goes to U.S.-based scientists and researchers. This money pays for research that creates American jobs while resulting in life-saving discoveries for the most vulnerable in the world. Between 1990 and 2013 global health innovations and programs were associated with 4.2 million fewer childhood deaths. If there ever was a win-win situation, this is it.

Halting WHO’s funding, or even threatening to do so, can distract the global health agency whose annual budget is less than one-tenth of Ohio State’s annual budget. And these cuts would put American (and other) lives at risk. If WHO’s disease surveillance is disrupted, then the risk of an undetected flu pandemic will go up. If there are insufficient resources for WHO’s immunization program the risk of a resurgence of measles and its importation into the United States will increase.

More specifically, the global influenza surveillance and response system supported financially and technically by the CDC, serves as an early warning system for pandemics—enhancing America’s health and economic security. Nigerian health workers trained for polio eradication with American support were instrumental in keeping Ebola away from American shores. And when polio is finally eradicated through American and international support and valiant efforts of health workers in Nigeria, Afghanistan, and Pakistan; there will be a net benefit of approximately $25 billion over twenty years.

So yes, there is substantial evidence that investments in WHO and global health are just that—investments. These investments benefit coal miners in West Virginia and mothers in Kansas by contributing to their health and economic security.

However, despite demonstrable benefits to Americans, our reason for investing in WHO should not only be enlightened self-interest. A country with a history of moral leadership should not cease to be a shining city upon a hill—particularly when a pandemic has threatened the country’s wellbeing.  America’s claim to exceptionalism will ring hollow if it becomes an ordinary bystander in the face of global disease and its economic consequences.