Trump’s Latest Decision on Immigration Is Bad for America 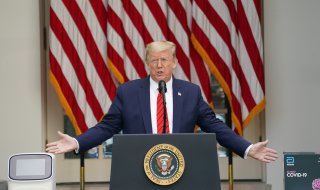 As the pandemic continues, President Donald Trump and Republicans in Congress have sought to impose new and potentially sweeping restrictions on immigration. Back in April, Trump issued a presidential proclamation to temporarily block the issuance of green cards for individuals outside the United States. While those restrictions will remain in place for at least sixty days, Trump’s advisers have indicated this step may be a prelude to further measures. And recently, four Republican senators argued in a May 7 letter to the president for the suspension of guest worker visas, including H1-Bs for specialty occupation workers. Such measures are contrary to U.S. values, counterproductive in this crisis, and damaging to long-term American competitiveness.

This call for additional restrictions on immigration builds upon and goes beyond Trump’s initial decision, which was seemingly an attempt to appeal to his base. That measure which contains a number of exceptions has provoked widespread controversy, including due to its dubious legality. While the administration’s purported motivation for the extreme, almost unprecedented restriction was to protect American workers, there is also little evidence that immigration restrictions generally save jobs for U.S. workers or help American businesses. Instead, the decision’s primary impact has been to disrupt and alarm hundreds of thousands of individuals who are currently entangled within this labyrinthine system. And the recent proposals to expand restrictions on immigration to students and highly-skilled applicants could cause still greater harm to the American economy and innovation.

This latest drive to curb immigration follows on the heels of a number of policies that have made it far more difficult for immigrants to live and work in the United States. The order in April did exclude healthcare professionals and those engaged in medical research, among others. But the disruption and uncertainty these measures introduce is damaging nonetheless, especially in a system that is already broken and marred by abuses, including the acute threat of infection for those who are currently detained. The continuation of such antipathy toward immigration risks causing greater disruption in a moment of crisis and undermining the very foundations of American competitive advantage.

Meanwhile, immigrants remain critical to the country’s ongoing efforts to combat the coronavirus and its aftereffects. Immigrants are serving on the frontlines of the pandemic, including as scientists and healthcare workers. However, these individuals continue to confront animosity and hostility that is contrary to America’s guiding principles and undermines the unity required for an effective national response. Troublingly, Asian-American physicians are waging war not only against the coronavirus but against harmful prejudices that are exacerbated by racist rhetoric. The surge of anti-Asian harassment and even incidents of hate crimes are alarming and threaten civil rights and security. Trump has also continued to threaten “dreamers,” the children of undocumented immigrants. Yet while the DACA community remains in limbo awaiting a decision by the Supreme Court later this year, thousands of dreamers are still working in the healthcare field fighting the pandemic. So, too, even in a moment when the U.S. military is facing severe shortages of doctors, a number of immigrant physicians who want to serve are currently constrained from doing so by complex bureaucracy.

U.S. efforts to combat the pandemic will demand attention to protecting those who are most at risk. Failures to provide adequate support and protection for the essential workers who are uniquely vulnerable, of whom a high proportion are women and many also immigrants, including undocumented immigrants, are morally wrong and harmful to public health. These failures threaten us all, as U.S. cities and communities rely upon their labor to sustain the basic functioning of American society and the U.S. economy.

Going forward, fighting the coronavirus—and preparing for future pandemics—will require harnessing American research and innovation to the fullest. Success in the drug discovery and vaccine development that are critical to curing and preventing the coronavirus will be a prerequisite to restoring a degree of normalcy in day-to-day life. These extreme circumstances can spur exciting innovations. There are new efforts underway to leverage artificial intelligence to enhance research and to explore new frontiers in biotechnology. At the forefront of these critical efforts are a high proportion of foreign-born scientists and immigrant researchers.

Even after the near-term threat has subsided, welcoming immigrants will be essential to America’s continued dynamism as the country faces an uncertain future ahead. The United States is confronting unprecedented unemployment as a result of the pandemic. But this push for restrictions on immigration is a distraction that fails to confront urgent threats to American workers’ well-being and livelihoods. Instead, this crisis requires urgent action to deliver benefits and pursue creative solutions, such as government employment of workers to rebuild our institutions or large-scale infrastructure projects, as well as retraining and educational programming.

While the United States reckons with the current crisis, American policymakers must also look ahead to confront the daunting challenges of long-term societal and economic recovery. Claims about American leadership and exceptionalism ring hollow when the federal government’s response to the coronavirus has been badly mismanaged, and the number of cases continues to rise. By contrast, China may be poised to emerge from the crisis in a position of relative strength despite the initial missteps and failures of transparency by the Chinese government, and Beijing has looked to leverage the global pandemic for geopolitical advantage, including to highlight the strength, even supposed superiority, of its model and system.

While the requirements for a coherent strategy for recovery will be complex and extensive, U.S. policy efforts must also include new investments in science, technology, and innovation, recognizing public health security and the bioeconomy, as essential components. In the process, U.S. leaders must recognize that American competitiveness in science and technology hinges upon its capacity to attract and retain top talent. But U.S. soft power and global standing, including its attractiveness as a potential destination for talent, has been badly damaged by hostility against immigrants in ways that may have lasting consequences.

Immigrants, who are over-represented among American entrepreneurs, are an essential element of the U.S. technology ecosystem. While the Trump administration has pursued measures to promote American leadership in “industries of the future,” Trump’s nativism has continued to manifest in policies that render legal immigration harder and more burdensome. For instance, the Trump administration’s 2017 “Buy American and Hire American” policy made it more difficult for talented, high-skilled foreign nationals to receive work visas. And this latest argument in the letter led by Sen. Cotton for the suspension of H-1B visas risks harming American companies by preventing them from drawing upon top talent around the world in seeking critical skill sets that can be lacking in the U.S. workforce.

At a moment of intensifying technological competition, rivalry for global talent will be a vital factor for success, and restrictions or even outright exclusion of foreign students would be American damaging to the U.S. dynamism. For instance, potential targeting of the Optional Practical Training program, which allows foreign students to work in the United States after graduating, could cause a decline in GDP, an increase in unemployment, and an adverse impact on entrepreneurship, by the findings of one study. A more competitive strategy would instead expand the program, while also expanding opportunities for the education and cultivation of talent within the United States, which would require much greater investment in STEM education at all levels.

Looking beyond the crisis, American innovation and competitiveness in a post-pandemic scenario would be bolstered by greater openness to immigration. But the recurrent immigration restrictions, alongside failures to protect immigrants in this crisis, are jeopardizing America’s character and comparative advantage as a favored destination for immigrants. At the same time, curbs on and antipathy towards immigration tarnish America’s values and image around the world, in ways that can undermine the coordination and collaboration with our allies and partners that will be so critical to respond to this crisis.

This crisis has brought out the best and the worst in the nation. If an ugly hostility to immigration continues to permeate U.S. policy and politics, then the damage may be lasting. Such prejudice and xenophobia should be considered un-American, yet sadly possess a long history in the United States. As a nation, we must confront and stand against xenophobia within and beyond this crisis. Our values, recovery, and competitiveness will depend on it.

If America rises to the challenge, then the United States might emerge stronger at home and on the world stage. To do so will require taking on the stark inequities and vulnerabilities across the U.S. system and society, including recognizing and remedying the missteps of the response to date. And among the lessons learned from this crisis should be that immigrants are truly essential to America on so many fronts. The United States must continue to welcome and support immigrants, reaffirming and reenvisioning what it means to be a nation of immigrants.