Trump Blows It in Wisconsin 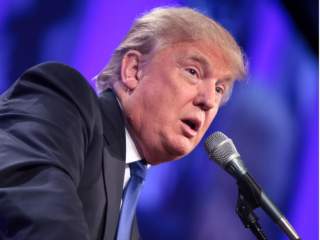 Wisconsin may or may not be the “turning point” Ted Cruz predicted after his comfortable win Tuesday night.

After all, the Texas senator has a steep climb to even be competitive with Donald Trump in New York less than two weeks from now. Despite public protestations to the contrary, Cruz is still playing for a contested convention and keeping Trump from hitting 1,237 delegates.

But make no mistake: Trump blew it.

When Marco Rubio dropped out of the race, Cruz came within a John Kasich of finally having what he wanted: a one-on-one fight with the brash, unconventional billionaire who has rocked the Republican presidential race while taking a series of heterodox policy positions.

Yet Trump had what he should have wanted too: he was within a Kasich of a one-on-one race with the only candidate the Republican establishment hated more than him.

In December, the buzz was that a lot of potential anti-Trump money was sitting on the sidelines, refusing to bankroll ads as long as Cruz was the primary beneficiary rather than Rubio, Jeb Bush or Chris Christie.

By January, you had grand old men of the Republican Party ranging from Bob Dole to Orrin Hatch favorably comparing Trump to Cruz, especially as concerned electoral prospects. This was right as Cruz was poised to defeat Trump in the Iowa caucuses.

When the field winnowed to the point where only Trump or Cruz could win the nomination through the primary process, as opposed to a contested convention, the reality TV star should have demonstrated he could be presidential. He should have reassured a Republican establishment looking to rationalize its continued opposition to Cruz (even now, as the party is supposedly rallying around the Texas senator, he has only two endorsements from his Senate colleagues, one of which was as backhanded as any in recent memory).

This was an opportunity for Trump. Instead he has behaved as if he was trying to prove his quip that he could shoot people on Fifth Avenue without losing votes.

The candidate’s attacks on Heidi Cruz, his main opponent’s wife, were bizarre. So was his team’s refusal to apologize to former Breitbart reporter Michelle Fields, the woman at the center of the simple battery charge against Trump campaign manager Corey Lewandowski.

Trump’s failure to disavow David Duke and the Ku Klux Klan, even though he had denounced such racists many times before, raised real concerns about exactly who the Republican frontrunner thought his constituency was. It’s almost as if at every point he wanted to test how far he could go.

Too far, it seems. Many Americans are tired of political correctness, as Trump and his supporters have correctly determined. But that doesn’t mean they are tired of manners and basic human decency.

There is a line between fearlessly telling impolitic truths and being offensive for the sake of being offensive. People may draw that line differently when discussing, say, Muslim immigration into Western countries like the United States. But for most people, schoolyard taunts directed at someone’s wife surely crosses the line.

Like when Rubio started competing with Trump in name-calling, Trump has confused titillating his supporters—who are not going to abandon him in large numbers no matter what—with winning over new people.

The Republican frontrunner lost even non-college-educated whites, his core demographic group, by double digits in the kind of Rust Belt state he will need as his firewall if he can’t win over minorities and millennials.

Trump seems to recognize some of this. He admitted that the Heidi Cruz business was a mistake. He has insisted he can behave in a more presidential manner when necessary. His campaign has floated the idea of a number important policy speeches to demonstrate Trump’s seriousness and presidential chops.

Can Trump stick with this even when people are criticizing him? The petulant statement he issued after his Wisconsin loss, accusing Cruz of violating federal election law by coordinating with super PACs without evidence, suggests this will be a challenge.

Make no mistake: Trump could still win the nomination, potentially even without correcting these defects. But he is making it less likely that Republican elected officials will coalesce around his candidacy until they absolutely have to. He is making GOP power brokers at the convention less likely to do him any favors if he comes up just a little bit short. And he is making it difficult for Cruz to align with him in an effort to box out the establishment in Cleveland this summer.

In other words, Trump is playing into the hands of those who never want the Republican Party to unite behind him, even if he is the nominee.

If he merely wants to show he can beat “low energy,” “little” and “lyin’” primary opponents, fair enough. But if Trump really wants to lead the party and the country, he will have to do better than what he’s done so far.