Trump Did More For America’s Alliances Than Biden 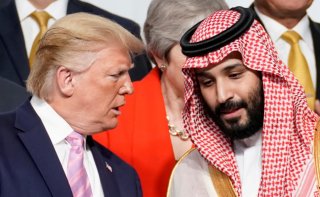 Many write that former President Donald Trump weakened America’s alliances with undiplomatic language, but that President Joe Biden will fix this with his “America is Back” policy of cordiality. Not so.

Relations did indeed get worse with several Western European allies.  The main reason are two questions that Trump asked with New York bluntness:  Why is Europe freeloading in NATO?  Is NATO obsolete?

NATO countries promised to contribute two percent of their GDP to their defense budget.  The U.S. is at 3.7% but only a few Europeans are at around 2%.  Every U.S. president since Eisenhower has complained about Europe’s low defense spending.  Trump just complained louder.

And if Russia is such a threat, why is Germany ignoring U.S. opposition to Nordstream 2?  This major pipeline between Russia and Germany will increase Europe’s already dangerous dependence on Russian energy.

Even if we agreed that Trump worsened relations with some of Europe’s leaders, it does not follow that this weakened the NATO alliance.  Unlike people in romantic relations, countries do not enter alliances because of nice words or exit them because of hurt feelings.

Governments start and end alliances informed by their national interests in the noble service to their people.  “We have no eternal allies, and we have no perpetual enemies,” said Lord Palmerston in 1848.  “Our interests are eternal and perpetual, and those interests it is our duty to follow.”

The NATO alliance survived Charles De Gaulle’s antics when he terminated France’s military involvement in NATO at the height of the Cold War.  Shielded from menacing Soviet troops by U.S. and other NATO troops, De Gaulle cosied up to the dictators in the Kremlin in pursuit of French interests.  And the close friendship between the U.S. and Israel survived President Barack Obama’s policy favoring Iran, a regime dedicated to the destruction of the State of Israel and its people.

Europe will indeed get closer to the U.S. during President Biden’s term and NATO still has a future.  But not because of kind words under the “America is Back” slogan but because of the increasing threat from Communist China.

In their halting, straying, and delaying way, the Europeans are taking their place alongside the U.S. to stand up to China.  The European Union labelled China a “systemic rival” in 2019.  Most of Europe has rejected Huawei equipment in their telecom networks.  The EU signed an investment agreement with China, but the European Parliament is not ratifying it because of slave labor in Xinjiang.

Last month, NATO recognized that China presents “systemic challenges” to the “rules-based international order.”  Some European NATO members are sending navy ships in the Indo-Pacific to counter China’s illegitimate maritime claims.  NATO had to choose between going out of the North Atlantic region or going out of business.  China’s actions helped them choose the former and become relevant again.

We are entering a momentous time in international relations.  Xi Jinping, Communist China’s dictator for life, wants China to dominate the world.  Just like in the days of the Soviet Cold War and of the War on Terror, countries around the world will have to choose.  On one side is the Free World led by the U.S.  On the other side are China, Russia, Iran, North Korea, and Venezuela.  The choice will have little to do with the personal charm of leaders.

Mr. Negrea, a Senior Fellow at the Atlantic Council, held senior positions in the State Department’s Policy Planning Staff and Economic Bureau during the Trump Administration.