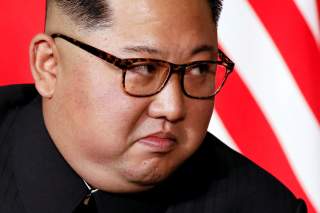 Several days ago, the South Korean Yonhap News reported that Vietnam would be hosting the second Trump-Kim summit on February 27 and 28. Reuters also reported that Kim Jong-un would visit Hanoi after the Lunar New Year in early February, and that American and North Korean officials have met in Hanoi to discuss planning for the summit earlier January. Pending the outcome of the second summit, the fact that Vietnam would be chosen as the location illustrates much of North Korea’s intentions as well as the complexity in achieving a denuclearization deal with Pyongyang.

Vietnam as the Ideal Summit Location

Kim Jong-un picked Vietnam for reasons regarding secrecy and security. The Vietnamese government, with a state-controlled media, a strong domestic security apparatus and a tight-lipped bureaucracy, will be able to preserve the confidentiality of the Trump-Kim meetings before, during and after the event. So far, the Vietnamese government, apart from illustrating its willingness to host the summit, has not revealed any details regarding the organization and preparation of the summit. The “leaks” on the venue of the summit fed to the media came mostly from American and South Korean sources. Such a level of secrecy that Vietnam can provide is ideal for Kim Jong-un, since he may want to avoid revealing his health to the international media and avoid scrutiny in the situation talks do not go his way.

Vietnam is also a secured location thanks to the country’s massive police force and long-term political stability. The country has almost never experienced terrorist incidents and is capable of controlling and quelling mass protests. Vietnam’s successful hosting of the 2017 Asia-Pacific Economic Cooperation summit demonstrates the country’s ability to host an international level summit. Moreover, the relatively close distance between Hanoi or Danang and Pyongyang allows Kim to fly on his Ilyushin Il-76 instead of having to borrow a Chinese airplane like the previous summit.

By choosing Vietnam as the venue, Kim is signaling to both international and domestic audiences that his regime does not solely rely on nuclear weapons for legitimacy but also on economic successes and a more respected status on the world stage. In this category, Vietnam is the prime example of a country going from an international pariah to a rising middle power while still able to preserve its one-party rule. In the 1980s, the United Nations imposed economic sanctions on Hanoi for its invasion of Cambodia, which denied Vietnam of badly needed capital to carry out the Doi Moi policy. Only after Hanoi withdrew from Cambodia did the United Nations lift its sanctions, which allowed Vietnam to attract foreign investors like South Korea, Japan and Australia. The country also got access to the International Monetary Fund and the World Bank, which coupled with massive domestic restructuring, fueled its annual 7 percent economic growth in the next decade.

To be able to emulate Vietnam’s success, North Korea first would have to communicate a clear signal to adhere to UN resolutions on its nuclear and missile program and commit itself to a denuclearization roadmap just like Vietnam’s pledge to withdraw from Cambodia before it could win the trust of foreign investors. North Korea has failed to attract foreign capital except from China and South Korea largely due to the opaque of its political system and the ongoing nuclear program. However, that does not mean North Korea should be off foreign investors’ list. Last year, Pyongyang implemented a plan to create its own version of the Vegas Strip in the coastal city of Wonsan. In his New Year’s speech, Kim also wished to reopen the inter-Korean Kaesong Industrial Complex and Mount Kumgang Tourist Resort. These measures illustrate North Korea’s thirst for foreign capital and that it might utilize the current détente to assure the international community of its sincerity to denuclearize in exchange for sanctions relief. If such a commitment were made in Vietnam even in principle, then it would bring about much symbolism on the world stage and incentivize Hanoi to continue assisting Pyongyang with its economic reform agenda.

However, picking Vietnam as the venue also brings about much caution regarding Kim’s intention to denuclearize given Vietnam being an iconic failure of U.S. Asia policy. If the purpose of Kim’s nuclear arsenal is to induce a U.S. withdrawal from the Korean Peninsula, there are no better places to signal that intention than Vietnam. In 1973, the United States, North and South Vietnam signed the Paris Peace Accords to end the Vietnam War. The Accords presaged the U.S. withdrawal from Vietnam, giving the Communist North the opportunity to unify the country by force in 1975.

North Korea would welcome the same development given the Trump administration disdain for alliances and the U.S. fear of having to trade Los Angeles for Seoul in a nuclear exchange. In the recent months, North Korea has been calling for an End of War Declaration and an establishment of a peace zone on the Korean Peninsula ahead of talks with the United States. If an End of War Declaration were made, that would enervate the case for the legal participation of UN troops in South Korean defense. Moreover, given the United States and North Korea disagreeing on the definition denuclearization and a need to score a diplomatic victory, Trump might seek to strike an ICBM rollback deal with Kim in a realistic effort to protect the U.S. homeland. Such a deal would raise decoupling fears in Seoul and Tokyo as well as signal a failure on the U.S. side to commit North Korea to denuclearization.

In this context, Kim would continue denying the existences of other nuclear and missile facilities, operating his nuclear and missile factories under the radar, and reaping the benefits of a weaker sanction regime and potential economic engagement with South Korea. A “Victory in Vietnam” would certainly shore up Kim’s domestic legitimacy and afford him the equal status to that of the U.S. president.

What to Expect at the Second Summit?

Vietnam as the venue of the second Trump-Kim summit brings about as many opportunities as challenges. As the example of the U.S. failure in Asia and a miracle economic growth, Vietnam gives Kim much leeway to dictate the future course of action. Considering the current deadlock over the denuclearization process between the United States and North Korea, as well as the low possibility that North Korea would hand over a list of its nuclear and missile sites, the second summit is not likely to result in a clear roadmap for North Korea’s denuclearization.  There will be a lot of uncertainty regarding the behaviors of Donald Trump and Kim Jong-un during and after the second summit; however, after February 28 there will be one player emerging from the scene with true victory, which is the host—Vietnam.

Khang Vu is a Master's candidate at Dartmouth College, where he focuses on East Asian politics and U.S. East Asia policy.