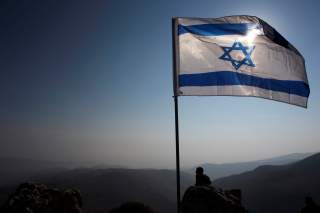 Israel’s military campaign against Iranian-aligned forces in Syria, Lebanon, and reportedly Iraq might seem like an appealing way to subcontract parts of the Trump administration’s pressure campaign against Iran, but it may be time to ask whether these attacks are serving the interests of the United States—especially in Iraq.

There is little debate among external powers about Israeli attacks in Syria, where Israel is one of many actors vying to protect or promote their interests in the war-torn country. For Israel, Iran’s growing presence in Syria—which, like Russia’s presence, bolsters the Assad regime—has been the primary focus of its concern. Israel is less worried about Assad’s fate than about the Iranian Revolutionary Guards’ Quds Force and Hezbollah moving weaponry and producing missiles that could threaten its borders, potentially creating a second front beyond Hezbollah’s well-established position in Lebanon.

Israel has launched hundreds of airstrikes on Hezbollah and Iranian targets over the course of the war. A lull took effect following the downing of a Russian military plane by Syrian forces nearly a year ago, which the Russians blamed on Israel. But since that incident, the Israelis and Russians appear to have come to an agreement that allows Israeli military operations in Syria to continue unimpeded.

For example, in late August, Israel attacked Iranian Quds Forces and Shia militia targets to prevent what it claims would have been a major drone attack against Israel. Secretary of State Pompeo defended Israel’s right to defend itself from Iranian attacks emanating from Syria. Meanwhile, the Russians continue to look the other way as long as Israeli attacks do not disrupt its own operations in the country.

However, Israel’s operations against Iran may be expanding to a point where the risks and spillover will not just affect Israel but may also threaten other U.S. regional interests. Recent attacks in Lebanon attributed to Israel, rare since Israel’s 2006 ceasefire, could risk a new regional war between Israel and Hezbollah if the rules of engagement become unclear, though the contained escalation following recent Hezbollah casualties suggests neither side is eager for conflict. But it is the possibility of Israel expanding its anti-Iran campaign to Iraq that could have the most significant impact on the United States.

Why? Because Iraq is not Syria. Syria is a hostile state led by a brutal dictator and U.S. interests have largely been limited to fighting the Islamic State in the east of the country. In contrast, Iraq is a U.S. partner where American forces are not only trying to counter the Islamic State’s resurgence but are also attempting to stabilize and rebuild the country after the caliphate’s fall. There are approximately five thousand U.S. forces still based in the country, some in close proximity to Iranian-backed militia groups.

In this context, recent attacks in Iraq attributed to Israel over the past month create an uncomfortable reality where an American ally may be attacking another regional partner.

Israel’s targets within Iraq are weapons depots and bases run by Iranian-aligned militias. They are reported to be moving weapons to Syria. These groups are still affiliated with the Iraqi state. Iraqi Hezbollah, which operates under the Popular Mobilization Forces (PMF), has threatened missile attacks on U.S. bases in retaliation. The PMF are a collection of Shia forces formed in 2014 to fight the Islamic State and are now a formal part of the Iraqi security forces. Although Israel has not acknowledged the attacks in Iraq, U.S. officials have confirmed the Israeli strikes and Iraqi PMF leaders are also accusing Israel. Meanwhile, weeks before an Israeli election, Israeli prime minister Benjamin Netanyahu has fueled speculation about Israel’s role by stating that “Iran has no immunity, anywhere.” If Israel is responsible for the recent attacks in Iraq, these would be the first strikes in the territory since the Israeli Air Force destroyed Iraq’s nuclear reactor in 1981, when the country was controlled by Saddam Hussein.

The Iraq of 1981 is very different than Iraq today. To be sure, Iran has capitalized on the catastrophic 2003 Iraq war to increase its influence on the Shia majority country. It continues to exert considerable influence through ties to Iraqi political leaders and Shia militia groups. But there are also myriad Iraqi nationalist forces pushing back against Iranian influence, including a prime minister who is interested in maintaining friendly relations with the United States.

Iraqi leaders do not want to choose between the United States and Iran, nor is it realistic to assume they can do so given their complex political system. Indeed, the best way to counter Iranian influence is to ensure that the U.S. still maintains some leverage in the country and supports Iraq’s fragile democracy. This may become more difficult if the Americans are blamed for backing Israeli attacks on Iraqi sovereignty. There are already calls from Iraqi militia leaders to push American forces out of Iraq.

Russia may not have issues with Israeli strikes, which could increase pressure to remove U.S. forces from the region. Yet, American leaders certainly should be worried. It shouldn’t be so surprising that the U.S. Department of Defense issued a statement explicitly denying responsibility for recent attacks, opposing “any potential actions by external actors inciting violence in Iraq.”

In addition to the risks to American interests in Iraq, as well as distracting from countering the Islamic State, open support for Israel’s expanded military campaign may undermine attempts to reduce tensions with Iran following a volatile summer in the Persian Gulf and could impede efforts to bring the U.S. and Iran to the negotiating table over broader issues.

President Donald Trump and other senior officials have stated on a number of occasions that they are interested in a new agreement with Iran, not regime change, a stance the president reiterated at the G7 summit last week. Whether or not this is the case remains to be seen. But given the high costs of a new war in the Middle East, any actions that could damage the prospect for negotiations, or even more limited de-escalation measures, should be discouraged.

Israel has a right to defend itself from Iranian threats to its country. American leaders should consider balancing support for Israel’s efforts to counter Iran with firm redlines about activities negatively impacting American interests.

Dalia Dassa Kaye is a senior political scientist and director of the Center for Middle East Public Policy at the RAND Corporation.