Trump, Papadopoulous and the Russia Connection 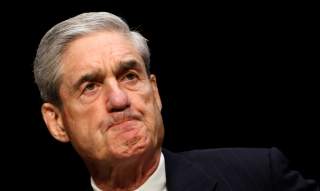 The first charges to be filed in Robert Mueller’s investigation into Russian involvement in last year’s election fit a typical pattern: a federal prosecutor in a big political case goes after small fry and easy targets, slamming them for lying to investigators, even as evidence for the grand conspiracy he’s meant to be investigating remains virtually nonexistent.

The easy target in this instance is Paul Manafort, who was briefly and rather unsuccessfully Donald Trump’s campaign manager in the stretch between his sealing the nomination and the Republican convention. Manafort’s extensive ties to disreputable foreign governments were already the subject of headlines over eighteen months ago. In April 2016, when Manafort was a “newly installed senior campaign adviser,” the Guardian noted that his clients amounted to “a who’s who of authoritarian leaders and scandal-plagued businessmen in Ukraine, Russia, the Philippines and more.” The whiff of corruption that swirls around Manafort was already with him long before he hooked up with the Trump campaign. (Even so, it’s highly unusual for a someone to be charged, as Manafort has been, with failing to register as a foreign agent: strict enforcement of the law would send a great many richly compensated D.C. operators to jail.)

Manafort would be the most brazen spy in the history of humanity if his purpose in the Trump campaign had been to coordinate with the Kremlin. We do live in extraordinary times, but evidence that goes far beyond Manafort’s general shadiness will be needed to fulfill the dreams of those who imagine President Trump to be some sort of Manchurian Candidate. Hiring Manafort was certainly reckless on the part of the Trump campaign, and in a normal political season that would have been scandal enough. But neither Manafort’s obvious vices nor his questionable competence (the GOP convention came close to succumbing to revolt) proved to be enough to derail Trump’s locomotive to the White House.

The indictments against Manafort and his associate Rick Gates are fodder for partisan sensationalism, but they do not appear to pose great peril to Trump. Pundits who looked more closely at Mueller’s first moves were more intrigued, however, by what they saw in the case of the small fry: that is, the case of George Papadopoulous, a low-level foreign-policy adviser to Trump’s campaign. According to documents that Mueller had made public, Papadopoulous has already pleaded guilty to lying to the FBI about his conversations with a certain “professor” who claimed to have access through Russian sources to “dirt” on Hillary Clinton. (The professor has been identified in the press as the Maltese academic Josef Mifsud, based in Scotland at the University of Sterling.)

Papadopoulos, just twenty-eight years old at the time, came to the Trump campaign after a stint as an adviser to the Ben Carson campaign during the early contests last year. Trump was in desperate need of staff—indeed, people close to the campaign told me even months later, in July 2016, that it was barely an organized campaign at all—so Papadopoulos was taken on and soon named among the campaign’s foreign-policy advisers by Trump himself in a March 2016 interview with the Washington Post. Papadopoulos appeared in photos next to important campaign figures such as Jeff Sessions, and he could have been an influential part of the campaign himself. But he probably wasn’t: the fact that he might appear in a photo with Jeff Sessions says at least as much about the then Alabama senator’s standing as it does about Papadopoulos. The campaign was not a conventional campaign, and it had only the most shambolic organizational chart.

Did Mifsud in fact have “dirt” on Hillary Clinton, in the form of pilfered emails obtained by the Russians? This was the impression he apparently gave Papadopoulos, who passed the tale to more senior campaign staff and was given permission to continue his contacts with Mifsud. There was nothing illegal about this: what Papadopoulos has been charged with is not looking into whether a Maltese academic and his Russian friends—in particular a young woman introduced to Papadopoulos as “Putin’s niece”—had Clinton or DNC email; rather, he has been charged with lying to investigators. Watergate lore would have it that “it’s not the crime, it’s the coverup” that brings down high officials implicated in wrongdoing. But in fact, federal prosecutors and investigators routinely pounce on misstatements and minor falsehoods to make cases that otherwise would go nowhere. That’s standard operating procedure for special counsels and special prosecutors.

Going after the small fry and hitting them with harsh charges for misstatements that may not otherwise seem terribly serious serves at least two purposes. Yes, such charges put pressure on what may be the weakest links in a chain leading to proof of corruption in high office. But they also keep a fishing expedition going by suggesting that if you can catch a few minnows, maybe you can land Moby-Dick, too. Prosecutors are unavoidably political figures, and high-stakes investigations of public officials, above all the president, inevitably have the character of PR campaigns as much as legal proceedings.

Everything we know so far suggests not a passionate love affair between the Trump campaign and the Kremlin but a series of awkward first dates between amateurs whose espionage credentials would make Boris and Natasha look like James Jesus Angleton. The Russians did not lack for motive to screw with America’s election and to vex Hillary Clinton in particular. But nothing indicates that they had effective lines of communication (let alone control) into the upper echelons of the Trump campaign, to the extent that the Trump campaign was even organized enough to have echelons. There’s something paradoxical in the same pundits who bemoan Donald Trump’s absolute unpredictability and incorrigibility as president also believing that the Trump campaign and the Kremlin could work together smoothly to subvert American democracy. The Trump campaign couldn’t even work together smoothly with itself, which is one thing Paul Manafort can prove.