Trump Should Grant Georgia an Exemption from Steel Tariffs 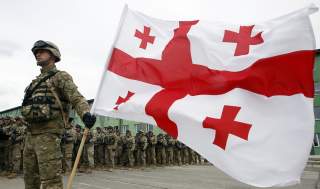 One of the defining features of Donald Trump’s presidency has been his administration’s use of national-security tariffs under Section 232 of the Trade Expansion Act. The controversial tariffs have plenty of detractors, both domestic and international, while supporters justify their legitimacy and effectiveness. However, specifically regarding the 25 percent tariff on steel imports, the tool has caused a great deal of collateral damage. A clear example of this is the country of Georgia, a close security ally of the United States and a drop in the bucket in terms of relative steel exports to the United States. The Trump administration would be wise to grant Georgia a country exemption, or alternatively, replace the tariff with a quota. This would be greatly beneficial to Georgia—a strategic ally of the United States into which Washington has invested considerable time and money—while not threatening U.S. jobs or domestic steel production.

Georgia has in recent years become a bit more well-known in parts of the United States, mostly for its millennia-old wine-making tradition and unique cuisine. Yet it has more to offer than just food and wine, and Rustavi Steel, one of Georgia’s largest industrial companies, is an excellent representation of that. The metallurgical plant was first built in the 1940s as a symbol of the Soviet Union’s industrial might. At its peak, it employed around twenty thousand people. After the fall of the Soviet Union, the factory was looted and stood idle for decades. In 2015, new U.S.-educated management took control and transformed Rustavi Steel into a productive Western-style company. It is now one of the largest employers in the country, creating quality jobs and boasting a high safety record, while being one of the rare examples of a Georgian company exporting to Western markets.

In February 2018, ships were loaded with Rustavi Steel seamless pipes, ready to deliver the company’s first-ever U.S. shipment. Less than a month later, literally as the shipment was on its way, the Trump administration’s 232 steel tariffs hit. While the company continues to export small quantities to the United States in order to maintain a presence in the market, the tariffs have had a deleterious effect.

Georgia is obviously not a national-security threat to the United States, and in fact is a close ally, especially in terms of security. As Secretary of State Mike Pompeo said in his congratulatory statement for Georgia’s Independence Day in May:

“Georgia is a strategic partner of the United States in addressing regional and international challenges in the spheres of security, counterterrorism, and nonproliferation. Georgian forces bravely serve shoulder to shoulder with US forces in Afghanistan.”

The Trump administration, perhaps even more so than its predecessors, has been unwavering in its support of the country, agreeing to sell it the Javelin anti-tank missile system in late 2017. And Congress showed its bipartisan support with the 2018 spending bill, which provided $105 million in foreign assistance to Georgia—more than any other country in Europe besides Ukraine received.

When considering all the support the United States has provided to Georgia to help it along its transition from a post–Soviet state teetering on collapse to a maturing democracy with goals of Western integration, the steel tariffs represent a move against the United States’ own interests. The jobs created at Rustavi Steel allow employees to gain valuable training and knowledge and are essential for Georgia’s economic development, which is in need of structural transformation from agricultural jobs to high-productivity manufacturing jobs. If steel tariffs were lifted on Georgian-produced products, or replaced with a quota, Rustavi would be able to greatly increase hiring. And since Georgian-manufactured pipes will need post-processing in the United States, the move would likely create additional U.S. jobs with already-established local partnerships—a quick and easy victory for the Trump administration. Furthermore, for an administration focused on trade deficits, it is important to note that the United States had a trade surplus of almost $290 million with Georgia in 2018.

The bottom line is that if the tariffs were lifted, the amount of potential steel imports from Georgia would simply not be large enough to make a dent in the U.S. market, though it would be greatly beneficial to Georgia. The United States consumes about one hundred million tons of steel per year, out of which thirty-five million is imported. If the United States granted Georgia a tariff exemption for imports of up to two hundred thousand metric tons of steel per year, then this would equal less than one percent of the total import to the US, and only 0.2 percent of total U.S. consumption. It’s an easy decision, and one without a downside.

George Tsereteli is a Europe and Eurasia senior research associate at McLarty Associates.