Trump Should Heed the Lessons of past U.S.-North Korea Talks 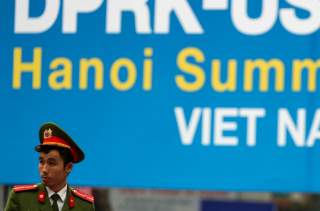 As the second US-North Korea summit nears, President Trump may be within reach of an agreement that could meaningfully advance the denuclearization of North Korea and build a lasting peace on the Korean Peninsula. If he fails to heed the lessons of his predecessors, however, the opportunity may be fleeting.

At this critical juncture, the same challenges that have undermined past negotiations threaten the diplomatic opportunity at hand. Washington demands that North Korea take immediate and unilateral action to denuclearize, while Pyongyang insists that the United States frontload political and security guarantees. The historical and political lessons of past U.S.-North Korea negotiations could help the Trump administration break such an impasse.

First, the Trump administration must overcome decades of mistrust if it seeks to compel North Korea to change its security calculus and abandon nuclear weapons. The U.S.-North Korea relationship continues to exist on the basis of the enduring hostilities forged in the 1950-1953 Korean War. American efforts to restrict North Korea’s pursuit of nuclear weapons—beginning only in the 1990s—have not sufficiently addressed this larger unresolved conflict.

Second, the administration will need to build political space at home to ensure diplomacy can succeed. Partisanship and intraparty infighting have created obstacles to effectively deal with North Korea, while leadership changeovers—in both Washington and Pyongyang—have resulted in short-sighted decisions to abandon promising agreements. In the near term, the Trump administration should encourage Congress to support corresponding measures, such as limited sanctions relief, that could advance nuclear talks. The durability of future agreements will depend on mechanisms that foster Congressional buy-in and responsible oversight.

A critical review of the U.S.-North Korea negotiation record calls into question the conventional narrative that diplomacy has been a categorical failure, that North Korea has always cheated, and that denuclearization is unachievable. Every U.S. president since Bill Clinton has attempted to reverse North Korea’s nuclear course, and, at times, these efforts have succeeded in slowing the program. Policymaking going forward can and should be guided by this history of partial success and missed opportunities.

There are four major missed opportunities—in both Republican and Democratic administrations—to learn from:

Reshaping North Korea policy requires an honest reckoning of the successes and shortcomings of these diplomatic precedents. In each case, North Korea demonstrated a willingness to deal on terms that would have slowed, limited, and even reversed its nuclear development. North Korea has also demonstrated a talent for hedging against the United States, as evidenced by its development of a uranium enrichment program. Whether North Korea intended to cheat, or to create more leverage over the United States in moments of diplomatic uncertainty, are questions worth investigating. But it is evident that the United States moved too slowly, and withdrew too quickly, when disputes arose.

The Trump administration must now draw on these lessons to ensure that it does not lose yet another opportunity to curb the North Korean nuclear program. Going forward, U.S. policymakers should adopt a comprehensive North Korea strategy that encompasses two points. First, a step-by-step approach to advance simultaneous progress on a peace regime and denuclearization. Second, a roadmap to secure interim actions that would reduce the risk of conflict, including measures to slow down North Korea’s nuclear weapons development.

The United States stands to gain more when it engages North Korea. Periods of isolation have exacerbated North Korea’s siege mentality and accelerated its pursuit of a nuclear deterrent. Absent dialogue, fundamental misunderstandings between Washington and Pyongyang widen, raising the likelihood for miscalculation. The potential consequences of a provocation that could escalate into nuclear conflict are too disastrous to risk.

Policymakers across the political spectrum have squandered strategic opportunities to deal with North Korea well before it acquired the nuclear capabilities that challenge the Trump administration today. We must learn from these experiences to ensure we do not make the same mistakes again.

This article is adapted from a new report by the author: “Begun is Half Done: Prospects for US-North Korea Nuclear Diplomacy.”