Trump Should Look to Africa for Deals 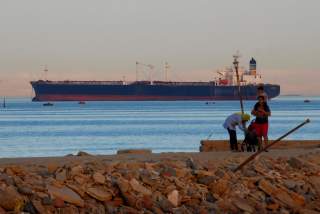 In his first UN General Assembly speech yesterday, President Donald Trump voiced familiar themes, from “America First” to tough language on rogue states and transnational terror. But among the crowd were dozens of heads of state from a continent that received no mention: Africa. Many came in hopes of building a stronger relationship with the United States, and were looking for a signal from Mr. Trump. Africa, brimming with talent and economic opportunity but mired in corruption and shell-shocked by terrorism, needs help. Other great powers have either neglected it or consciously exploited it. Americans have an open invitation to enter and engage the world’s second most populous continent in full force—and the benefits would be mutual.

Trump watchers tend to feel a new American emphasis on Africa is unlikely. At the G20 summit, the president sent daughter Ivanka in his place at a session on African migration and health. More recently, Secretary of State Rex Tillerson snubbed African Union chief Moussa Faki in Washington, though the leader had come at the secretary’s invitation. There was no Assistant Secretary of State for Africa to meet Faki in Tillerson’s stead because one has not been appointed yet. Meanwhile, an emerging 2018 U.S. budget proposal from the administration would slash humanitarian aid to the continent by 30 percent and largely militarize Africa policy. This is a far cry from the emphasis George W. Bush placed on Africa’s future in the latter years of his second term: In addition to a security commitment to the continent, he saved twelve million lives through the President’s Emergency Plan for AIDS Relief. And though Obama did not match his predecessor’s commitment to Africa, he made modest yet meaningful contributions as well—notably the Power Africa project, which boosted access to electricity for millions more. Expect no remotely comparable initiatives under Trump if the budget goes through as it has been floated.

But the time has never been more auspicious for a change of heart. Unprecedented opportunity awaits investors on a continent that harbors ten of the world’s twenty-one fastest growing economies—but to capitalize on them, the American private sector needs help building bridges to these distant lands. There is also an urgent need to help secure the continent, where local crises imperil the world: The National Counterterrorism Center recently found that of the eighteen ISIS branches deemed fully operational, eight are in Africa. And according to the latest edition of the Global Terrorism Index, the world's deadliest terrorist group by sheer volume of lethality is not ISIS but the Nigerian Boko Haram. The Trump administration seems to recognize these threats, in that it has moved much of the budget for aid on the continent into the hands of the Defense Department. But if the shift means more military force and less civilian engagement, security will suffer: Promoting good governance and civil society, strengthening the rule of law, and supporting education and opportunity are the only long-term answers to the problem of failed states and the terrorism they breed. Historically, the Department of Defense played a distinguished role in civil action—helping to steer the transformation of post–World War II Japan and Germany. But it won’t do anything of the sort unless the president gives the order.

A glance at the continent shows disparate governments and actors—some to be engaged, others to be confronted. A range of countries show great promise: Senegal, Botswana and Kenya have gained stability through democratic institution building. Rwanda, under the leadership of Paul Kagame, has overcome the devastation of genocide to empower women, fight corruption and achieve a thriving economy. Other countries, notably Morocco, have emerged as leaders in the struggle against extremism: On the eve of President Trump’s speech in New York, the UN-affiliated “Global Hope Coalition” designated Moroccan King Mohammed VI a “hero” for his struggle to fight terror with tolerance. But on the other hand, the Mugabe dictatorship of Zimbabwe and civil war-torn Libya display an uglier side of Africa. To a more limited extent, so does the Democratic Republic of Congo, where a once-promising democratic experiment risks sliding into authoritarianism under the continuing rule of Joseph Kabila.

Western and other foreign powers have already waded into this complex terrain. For France, most of the commercial activity lies in its French-speaking former colonies, particularly on the western side of the continent. It also maintains a robust military presence in the Sahel state of Mali, once partly occupied by a branch of Al Qaeda. The United Kingdom has naturally played a greater role in Anglophone countries, beginning with South Africa. Towering over these comparatively modest engagements is China—active from east to west and nearly everywhere in between. But Beijing has earned a reputation as an exploiter: It repatriates so much of the profit from its African factories that the local population benefits little from the country’s investments. Where possible, it also pumps and imports natural resources in deals that only enrich despots, enshrine graft, and by consequence hinder prospects for development and opportunity.

In other words, Americans enjoy the potential to enter the continent en masse—in business, civil society and security—and trump other powers in both scope and esteem. There is work to be done in every industry and every sector: threats to be neutralized, infrastructure to be built, democratizing trends to be encouraged, schools and hospitals to be nurtured and equipped.

As President Trump works to show what it means to put “America First,” perhaps he can cause Africans, too, to place “America First”—as their preferred ally, their most trusted friend and their number one partner in development.

Image: People walk on the beach as a container ship crosses the Gulf of Suez towards the Red Sea before entering the Suez Canal, in El Ain El Sokhna in Suez, east of Cairo, Egypt April 24, 2017. Picture taken April 24, 2017. REUTERS/Amr Abdallah Dalsh