Trump and the Media War 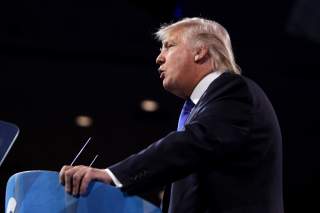 If CNN and other media outlets don’t like the way Donald Trump treats them, they might consider what Thomas Jefferson had to say about the journalists of his day. In 1814, he wrote to a friend, “I deplore, with you, the putrid state into which our newspapers have passed, and the malignity, the vulgarity, and mendacious spirit of those who write for them.”

Jefferson was just getting warmed up. “As vehicles of information, and a curb on our functionaries,” he continued, “they have rendered themselves useless, by forfeiting all title to belief.” Fake news was a problem even then. As was ideological bias, what Jefferson in retirement called “the violence and malignity of party spirit.”

An adversarial relationship between presidents and the press is as American as any tradition can be. It’s the spirit behind the First Amendment, which may not explicitly acknowledge that politicians and journalists will loathe one another, but nonetheless counts on their mutual suspicion to keep power in check. But over time, the relationship between the media and the White House has become incestuous. White House flacks like George Stephanopoulos seamlessly transition from a Democratic administration to ABC News. Former George W. Bush speechwriters like Michael Gerson find their way into papers like the Washington Post. The Bush alumni had a remarkable way of lining up with their editorialist colleagues in bashing Trump during this last election.

The coziness that characterized so much of the Clinton and Bush administrations’ relationship with the elite media is mostly absent from Trump’s relationship with them. CNN caught hell when it hired Trump’s foreign campaign chief, Corey Lewandowski, as a commentator. Increasingly powerful new media outlets have subjected Trump to treatment that the old guard would not have contemplated: the Huffington Post relegated its campaign coverage of him to the entertainment section, while BuzzFeed this month published salacious, unsubstantiated claims that, among other things, Trump had engaged in some unpresidential activities with hookers in a Moscow hotel room. CNN, perhaps trying to reclaim its anti-Trump credibility after the Lewandowski affair, was one of the few mainstream outlets to promote the BuzzFeed allegations. In an interview yesterday with New York magazine, CNN Worldwide president Jeff Zucker declared, “It’s just unfortunate that the most powerful person in the world is trying to delegitimize journalism and an organization that plays such a vital role in our democracy. I think he’s entitled to his opinion, but it’s—to use one of his favorite words—sad.”

Now the new administration is looking at moving the White House press corps out of the West Wing, or perhaps out the White House itself. “For jittery Washington reporters, it was yet another salvo from an administration that has shown an unusual willingness to berate and belittle the news media,” the New York Times reported this week. Jeff Mason, president of the White House Correspondents Association, has protested the possible move. The incoming administration says it’s just a matter of space: “The current briefing room only has 49 seats, so we have looked at rooms within the White House to conduct briefings that have additional capacity” to accommodate the interest in covering President Trump, said incoming press secretary Sean Spicer.

The media analyst Benjamin Mullin, managing editor of Poynter.org, doesn’t find the prospective move very troubling. “The confined, ritualistic nature of the White House beat makes it a difficult slog for even the most adversarial reporter. Dozens of journalists jockey for the same stories, and much of the news that comes from the White House is made through formal announcements,” he notes. “The ritual of briefings and pooling—following the President-elect and reporting on his movements—occupy time that might otherwise be spent on enterprise. Moreover, the White House is full of political appointees whose primary concern is to shape the message that emanates from the building every day.”

What’s at stake here isn’t the loss of well-sourced journalism but a loss of professional prestige. The White House press corps is accustomed to being close to power. And while that proximity by itself may not corrupt reporters, the symbolism is potent: as if the president and the media that report on him are supposed to be part of the same team—or at least playing the same sport. The rules of the game allow them to ask questions and even to criticize, but there isn’t any doubt about who is dependent on whom.

For too long journalists and political leaders in Washington have come from the same backgrounds and have shared too much in common, both culturally and ideologically. This has been less true under Republican administrations—or had been until the Bush era, when a press that should have been more vigilant than ever became fatally compliant to a “war president.” Trump is about to become president because he beat not only the bipartisan establishment but the media-political establishment as well. He harnessed the revulsion that millions of Americans feel at being instructed by people who are utterly unlike themselves. There is a lesson here for the media as well as the political class, though one that may be too painful to learn. Part of it is sometimes there is more power to being outside than within.

If Trump throws the press corps out of the West Wing, they shouldn’t rage over it. They should thank him. And they should remember that no less a champion of a free press than Jefferson had much the same opinion of their trade that Trump has today.