Trump and the United Nations: Reform or Die? 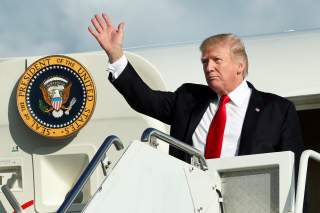 President Donald Trump will be hosting a meeting on Monday in New York on reforming the United Nations. With that, the president is taking on a very tough but very necessary task. The institution is in serious need of reform but achieving that will be very difficult. Yet, unless it reforms substantially, the UN faces the prospect of becoming less relevant and having its very mission and existence questioned.

Promoting security, human rights, humanitarian assistance and sustainable development are the primary responsibility of the individual member states, and assisting members in these four areas is the core mission of the UN—including peacekeeping, assisting refugees, facilitating international agreements on important issues and prodding countries to carry out their obligation under international law. However, the UN apparatus has become unwieldy, bureaucratically overburdened, inefficient, ineffective and fiscally irresponsible. These problems need to fixed.

Since becoming Secretary General, Antonio Guterres has emphasized reform—his focus of effort and the proposals he has developed do not pertain to adjusting the organization’s mission. Rather, they focus solely on how it carries its responsibilities, with the goal of increasing the organization’s capacity to implements its current mission more effectively by becoming more integrated, more transparent and more accountable. The meeting is aimed at boosting his initiatives.

The Trump/Guterres event will be well received and there will be many positive statements in support of reform. However, the actual implementation of the reforms will face serious challenges.

A key challenge is disagreement among member states on what needs to be done. When it comes to what reform actually means, different countries and voting blocs have varying priorities. The United States and its allies want the United Nations to take greater initiative in reforming management to increase transparency, accountability, effectiveness and efficiency. Rising powers are eager to join the Security Council as permanent members, but are unwilling to embrace the management reforms necessary to reduce waste and increase efficiency and effectiveness, because those moves are unpopular with the developing countries whose votes they will need to achieve their Security Council aspiration.

The developing world in general has been opposed to management reform initiatives such as getting rid of outdated mandates, duplications and other inefficiencies to reduce waste, because they benefit from them.

The Trump administration is rightly focused on management reform. As the biggest financial contributor, we have the highest financial stake in sound management and operational efficiency. But it is the General Assembly, where each member state has one vote, that decides the organization's general budget. The developing countries dominate the General Assembly. Here is what this boils down to: in 2013, seventeen countries (less than 9 percent of the total membership) paid over 80 percent of the U.N. budget. The remaining 176 together contributed about 18 percent of the budget, yet they decide how and on what initiatives to spend those funds. Obviously, this does not give those who are carrying the financial burden, commensurate influence to decide priorities and funding.

One solution could be to create a weighted voting system on budget issues. This option is not presently under consideration, probably because it would cause a huge uproar of protest from the states of the developing world. Yet without this—or something like it—no way has so far been found to deal effectively with waste, inefficiency and under the table deal-making within the organization.

What happens if the UN does not reform? Already, UN failure on security issues has led to the rise of regional organizations with capabilities increasingly able to address these problems. NATO has defied expectations that the alliance would wither after the Cold War; instead it has expanded incrementally and assumed out-of-theater operations with success. The African Union is making strides as a peacekeeping and mediating force. And the United States retains the unique ability to unilaterally galvanize “coalitions of the willing.” Others could follow the same model.

As credible alternatives to the UN emerge, this can cause states to treat the UN in a more transactional manner. Frustrated by the lack of reform, principal donors already prefer to make voluntary contributions to those UN programs that serve their interests while ignoring the institution's deeper sources of mismanagement and ineffectiveness. This trend, in the long-term, poses an existential threat to the UN.

The inability of the UN to reform itself in a manner that would make it more effective and credible presents a serious threat to the future viability of the organization. It is, therefore, essential to refocus the efforts of all UN member states on the need to reform an institution that has demonstrated its value and could play an even more constructive role in the world.

Otherwise, the lofty enterprise that was created after World War II risks becoming irrelevant. Without reform the mission itself will be questioned and the UN undermined. The opportunity cost of such a development for international peace and security, for sustainable development and for advocacy on behalf of human rights and humanitarian assistance that a reformed UN could provide would be lost. This would be a tragedy.

Zalmay Khalilzad was the U.S. Ambassador to the United Nations from 2007–2009. He is the author of a new book: The Envoy: From Kabul to the White House: My Journey through a Turbulent World. St Martin's Press.