Trump Versus the Media, Round One 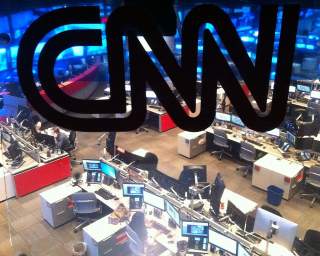 Just when you thought it couldn’t get any worse, the “fake news” blight finds a new low. Based on a report compiled by a former British MI6 agent, who has been openly biased against President Donald Trump, major news outlets across the media spectrum reported that the Trump campaign had colluded with Russian agents to win the U.S. presidential election. It is unknown if thorough and complete investigations will later determine whether there was any truth to those claims. It is known that major news organizations blasted that rumor to the nation without waiting to check the veracity of the agent’s claims. Such shredding of once-rigorous journalistic standards is a genuine danger to the nation.

There have been quite a few reports in recent months about the fake-news phenomenon, which is comprised of bogus or partially accurate information that has been passed off as “news.” Many experts have lamented the American public’s inability to differentiate between fact and fiction. They blame the people for believing fake news. Although we believe the public does have a responsibility to evaluate the validity of news sources, we also believe that the bulk of the responsibility for ensuring that news is factual lies elsewhere. The major media and national political leaders appear to bear more of the blame for the rise of fake news than the nefarious fake-news sites themselves.

First of all, the primary reason the general public has been susceptible to fake news is because their trust in major media has been so low for so long. The level of trust in the media has been steadily degrading over the past several decades, and is currently at the lowest mark ever recorded. Right before the presidential election, Gallup revealed that only 32 percent of Americans said they have a great deal or some amount of trust in the media.

This fact should surprise no one given that major news outlets have become increasingly polarized to the politically left or right. This has left a gaping hole in the media market where something featuring greater balance and less bias should be. Outlets such as Fox News, on the right, and MSNBC, on the left, give little airtime to views other than their own.

Secondly, American’s trust in politicians is at a dangerous ebb. It is sinking well below the level of trust in the media. A recent Pew Research Center poll found that a paltry 19 percent of Americans say they can trust the government most or all of the time. That figure was at 77 percent back in 1958. Sometimes, major media accurately conveys what a politician says. Even then, the public has come to recognize that the statements politicians make are often misleading and, in some cases, outright and knowingly false. The allegations that Trump has been colluding with Russia provides a perfect example of what’s wrong both with politics and major media.

ABC News’ George Stephanopoulos claimed last week that it was fair game for his news organization to cover the allegations. After all, the information was included in a briefing that had been given to Trump and former president Barack Obama. That is cause for additional concern. CNN’s Jake Tapper said the information provided to Trump and Obama was so highly classified that it wasn’t even shared with other high-ranking officials. Allegedly, that super-sensitive information made its way from a classified setting to the media, which it shared with the public.

If that allegation is true, then there should be a major investigation into the source of the intelligence leak and the guilty parties should be punished. If the contents of a top-secret briefing to the president of the United States can’t stay out of the headline news, then we have a serious problem.

The dossier produced by the British agent—a private citizen— was unclassified. Reportedly, senior U.S. intelligence officials added information to it that allowed them to label it as classified and prevent details of the dossier from being made public. That did not seem to stop someone from releasing the explosive allegations. The networks were then faced with the dilemma of publishing innuendo while knowing that they would not be able to independently verify its accuracy.

To make such explosive claims to the public without corroborating data is irresponsible. Potentially serious damage has been done to Trump and the American political system, even if the claims later prove to be false or misleading. The incident has also further eroded public trust in the media.

Last month, FBI director James Comey said that he found no credible evidence that Russia’s meddling had successfully tilted the election. The FBI said the information tying Russia to the hacking “lacked the definitive evidence necessary” to be confirmed as true. Director of National Intelligence James Clapper went further on January 11 by saying that the intelligence community had not decided whether the information in the dossier was reliable.

The media knew the source of the information was an operative who had been paid by the Democratic Party for the express purpose of producing damaging information on then presidential candidate Trump. Still, despite statements made by the FBI director and the director of national intelligence, the major media—whether a titan of the broadcast industry or veteran mainstream cable news—failed to apply Journalism 101 standards of verifying sources and vetting accusations before flooding the airwaves with unsubstantiated rumor. How can Americans trust the veracity and independence of the media under such conditions?

It is unsurprising that the public distrusts what it hears on cable news or network television and doesn’t accept the claims of a politician at face value. This trend was recently quantified in an international study of three hundred of the world’s leading communications chiefs.

The study, called “The Future of Government Communication,” found that “when people feel ignored, unheard and unrepresented, they turn to alternative sources of information.” The report’s authors warn that “if governments do not communicate with citizens properly, then citizens will go somewhere elsewhere for information.” That has been happening in the United States and has been a major reason for why fake news has gained traction. Unfortunately, many of these alternative sources have proven to be more fraudulent than the mainstream media.

The integrity of the U.S. political system and major media have already taken major hits as a consequence of this tragicomedy. The United States depends on the media to serve as a check on government and to keep its leaders honest. If the Fourth Estate loses its ability to hold itself accountable, then political leaders will likely be less restrained in their actions and no longer fear public exposure.

This is a dark path that our nation desperately needs to avoid. One can only hope that media executives will be shamed by their recent performance and double their efforts to return to being honest and balanced—or that the American people will demand that from them. If the media doesn’t heed this warning, then we can expect an even further blurring of the lines between real news and fake news, and the interests of the people will continue to decay.

Daniel L. Davis is a Senior Fellow for Defense Priorities. Frances L. Garcia has a BS in Government and International Politics from George Mason and is pursuing a Master’s of Public Administration and Public Policy from American University. The views in this article are those of the authors alone and do not reflect the opinions of Defense Priorities. Davis can be followed @DanielLDavis1.