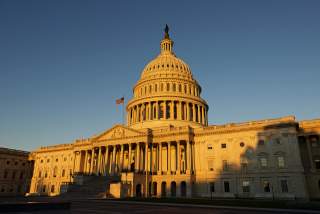 President Donald Trump released his detailed budget proposal for fiscal year 2018 this week. As expected, it includes significant cuts to the International Affairs Budget that funds the State Department, foreign assistance and international organizations such as the United Nations.

Reactions have been predictably dire. While budget reductions of this size will inevitably cause disruption, the reception has been overwrought. This is the first step in budget negotiations, so it’s far too early for alarm. Congress will have its say.

But it would be wise to seize this opportunity to implement long-overdue reforms to modernize the State Department and foreign-assistance programs and confront looming budgetary constraints that threaten future funding for defense, diplomacy and foreign aid.

So what, exactly, does President Trump’s budget propose on international affairs? Overall, according to the FY 2018 Congressional Budget Justification (CBJ) for the Department of State, Foreign Operations and Related Programs, the International Affairs Budget would be cut by $18.9 billion to a FY 2018 total of $40.1 billion. This is a cut of 32 percent versus the FY 2017 estimate.

This sounds like a big cut, and it is. But it should be put in perspective. The foreign-assistance budget nearly tripled under the George W. Bush administration, from $9.1 billion in 1999 to $26 billion in 2008, and the State Department budget more than doubled. These budgets swelled further under the Obama administration.

Trump’s budget proposes is, in dollar terms, roughly a return to FY 2008 levels—i.e., to reverse the dramatic increases adopted under the Obama administration. Specifically:

• In FY 2008, the overall International Affairs Budget was $40.9 billion, including emergency supplemental funding for the global war on terror. President Trump’s budget request allocates $40.1 billion to this purpose.

• In FY 2008, the Administration of Foreign Affairs received $8.99 billion, including the supplemental. President Trump’s budget request allocates $9.92 billion to this purpose.

• In FY 2008, the Foreign Operations Budget was $27.8 billion, including the supplemental. President Trump’s budget request allocates $27 billion to this purpose.

• The USAID operations budget was $930 million in FY 2008, including the supplemental. President Trump’s budget request allocates $1.4 billion to this purpose.

• Bilateral Economic Assistance was $16.9 billion in FY 2008, plus an additional $3.4 billion in the supplemental. President Trump’s budget request allocates $16.8 billion to this purpose.

Within the FY 2018 high-level budget numbers, some programs are hit harder than others. Assistance to Israel, Jordan and Egypt are maintained. The budget also provides funding to meet commitments to the Global Fund to Fight AIDS, Tuberculosis and Malaria, GAVI, and “sufficient resources to maintain current commitments and all current patient levels on HIV/AIDS treatment under the President’s Emergency Plan for AIDS Relief (PEPFAR) and maintains funding for malaria programs.”

In contrast, funding for family planning and reproductive health is zeroed out. This shouldn’t come as a big surprise, considering the Trump administration’s decision to reinstate and strengthen the Mexico City policy. Likewise, funding for climate-change initiatives is largely eliminated. Bilateral assistance would also be reduced or, for some countries, cut entirely, in service of prioritizing U.S. interests. The Overseas Private Investment Corporation and the U.S. Trade and Development Agency would both be wound down—actions that Heritage analysts have recommended.

The budget also proposes cutting contributions to international organizations and peacekeeping operations significantly below FY 2008 levels. Trump’s budget allocates $2.19 billion to these accounts, which received $3.5 billion in FY 2008. In particular, the budget for International Organizations and Programs, which funds popular organizations, such as UNICEF, and more questionable ones, such as the UN Development Program, would be eliminated, although the State Department has clarified that “some organizations that were previously funded under IO will still receive partial funding through different accounts.”

Unsurprisingly, the UN spokesman declared that the budget proposal would “make it impossible for the UN to continue all of its essential work.” This, of course, presumes that all UN funding goes to essential tasks, which is untrue. The UN has a long history of significant problems with opacity, lack of accountability, inefficiency, waste, duplication and mismanagement. Just this week, the Associated Press reported that the World Health Organization spends far more on travel “than what it doles out to fight some of the biggest problems in public health including AIDS, tuberculosis or malaria.”

Frankly, there are savings to be had in the UN system, and the United States—as the largest financier of the UN system, providing more than $9.9 billion in 2015—has an outsized interest in pressing for reform and budgetary restraint. Echoing an executive order leaked at the beginning of the Trump administration, the CBJ notes that in order to secure U.S. interests and ensure that limited funding goes to international organizations that most directly promote U.S. interests, the department and interagency stakeholders will conduct a strategic review of organizations where reductions can be achieved while maintaining national interests. This interagency process will give priority to organizations that most directly support national-security interests.

Likewise, the administration reiterated its commitment not to pay more than 25 percent of the UN peacekeeping budget, which will save hundreds of millions of dollars. UN peacekeeping is important and can serve U.S. interests. But it also serves the interests of other UN member states, and it is not unreasonable for the United States to ask them to step up their commitment—especially since the United States would still be paying 25 percent of the bill.

Included in the budget are some intriguing reform ideas:

• The budget proposes to merge several foreign assistance accounts, including the Development Assistance account and the Economic Support Fund, into a consolidated new Economic Support and Development Fund. The purpose of this move would be to ensure that assistance is focused on “those countries and programs that are most critical to U.S. national security and strategic objectives” and to maximize “flexibility to trade-off among competing needs and to better assess, prioritize, and target development-related activities in the context of broader U.S. strategic objectives and partnerships.”

• The budget zeros out the food aid budget for P.L. 480 Title II and states that the administration prefers to provide food aid through the International Disaster Assistance (IDA) account. The justification is that food assistance provided through P.L. 480 is inefficient due to statutory requirements to purchase food from U.S. producers and transport it on U.S. ships. The IDA account is not subject to these requirements and, thus, can provide more food assistance more quickly to more people, at less cost.

• The budget also mentions in several places that the State Department is working on a reorganization proposal that is expected to be completed and submitted to Congress next February. The executive branch has considerable discretion over how the department is structured and previous administrations have all engaged in various reform initiatives. But the administration appears to be contemplating a more fundamental reorganization, which would likely require changes in law.

Although details differ, there has for years been bipartisan interest in Congress to reform the State Department, USAID and food aid. The Trump administration has signaled that it is ready to press for fundamental reforms, and Congress should embrace this opportunity.

Unfortunately, many commentators and members of Congress have neglected the opportunities and focused instead on the how the budget would impact favored programs and causes. Some members have declared the budget “dead on arrival.” This is hardly surprising—similar things were said about budget proposals from the Obama and Bush administrations.

The truth is that no recent president has had his proposed budget enacted by Congress. The president’s budget proposal is just the first step in an involved process.

Now, Congress has to step up. The complaints are familiar. Some members argue that defense spending in Trump’s budget is inadequate—a concern that Heritage analysts share. Some are concerned that cuts to State and USAID are too steep and could be too disruptive, again something that Heritage analysts are concerned about. Others complain about cuts to Medicaid in the budget being “cruel.”

Although it would be nice, we do not live in a world of infinite resources. Unless significant changes are made, the rising costs of interest on the federal debt and entitlements such as Social Security, Medicare and Medicaid will consume the entirety of federal tax revenue, which means no funding will be available for defense, diplomacy or foreign aid. Growth—even at levels not seen in recent years—cannot outpace this cost curve without reform. Nor can we tax our way out of the problem because additional taxes will reduce growth and, by extension, tax revenues.

Tough choices need to be made. For decades, administrations and Congresses, both Republican and Democrat, have run deficits and avoided reforming America’s entitlement programs, which are the real drivers of America’s deficits and debt.

Trump’s budget may have overly optimistic growth projections, as some argue, and it fails to address reform of Social Security and Medicare. But it does take the issue of fiscal tradeoffs seriously. Congress can and will disagree with the budget, but it has a responsibility to all Americans to confront the budgetary imbalance.