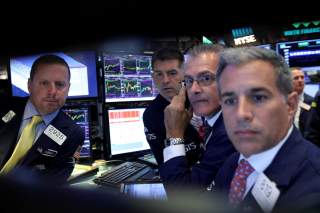 The “Trump Bump” has been declared dead. That is simply not true—yet. Despite the headlines, there remains confidence in the pro-growth tax, infrastructure and deregulatory promises of the Trump administration. But it may not last for long.

The Trump bump pushed the value of the dollar higher, bond yields surged, and banks and other regulated businesses watched as their stock prices increased. Not to be outdone, the Federal Reserve reacted almost immediately. Members of the Fed began to give speeches about raising rates more quickly to quell the inflation that would come from infrastructure spending and tax breaks promised. They even laid out a plan to reduce the stimulative effect from its quantitative easing program. The low growth, tepid inflation ways of the recovery were going to be history.

But fast forward six months and little of the pro-business agenda has come to fruition. Repealing and replacing the Affordable Care Act was unsuccessful. Both tax reform and infrastructure spending remain outlines of potential future policy. Granted, these trends began before the Trump administration took office.

The disappointment in the lack speed surrounding the enactment of President Trump’s agenda has caused the financial markets to begin discounting the probability of real, tangible reforms ever passing. In reaction, the dollar retreated and bond yields fell. The stocks that did best following the election have largely been the laggards of 2017.

So where is the Trump bump hiding? For one, business confidence remains at its highest level since the second quarter of 2014, according to the Business Roundtable CEO Economic Outlook Survey. The survey currently sits at 93.9, far above the 69.6 reading prior to the election. The prospects for employment, sales and capital expenditures have all improved and remain at or near their recent peaks.

The expectation of CEOs to sell more and spend more bodes well for the broader economy in coming quarters. Granted, part of the reason for the optimism is the potential for tax reform and ongoing regulatory relief, and failure on these aspects of the Trump administration’s plans would result in a plummet in confidence. Charlottesville will certainly challenge this optimism, but at last check CEOs had not lost the Trump bump.

And it is not just CEOs, consumers feel the same way—only better. Consumers feel the best they have in a long time. The Conference Board’s Consumer Confidence Survey sits near a sixteen-year high. According to the survey, consumers believe that business conditions are good and jobs are plentiful. For perspective, the only time that consumers felt better was in the mid- to late-1990s and the late 1960s. It is genuinely rare for consumers to be this excited about the economy. Consumption accounts for the vast majority of the U.S. economy—so how the consumer feels matters.

It would seem then that time is short to maintain the Trump bump. But this might not be entirely accurate. There are a couple factors working in favor of maintaining the Trump bump.

The global economy is steadily growing. China, Japan and Europe are—to varying degrees—growing and stable. Something that has not been common following the Great Recession is currently underway—synchronized global growth. This should help in keeping CEO confidence elevated as they wait for tax reform.

This is partly due to the decline in the dollar and longer-term bond yields. Both considered evidence that the Trump bump is gone. Looser financial conditions should help maintain the Trump bump for consumers until the pro-growth policies are enacted.

To declare the Trump bump over and deflated is to miss where the bump was to begin with. CEOs and consumers remain confident, and there is a steady and stable global economy to keep the sentiment going. Not to mention easing financial conditions despite the Fed raising rates.

But this will not last forever. The disbanding of the manufacturing council could be a harbinger of deterioration in confidence surrounding the agenda. The policies that led to Trump bump need to come to fruition to maintain the dwindling euphoria. For now though, the Trump bump is alive and well.