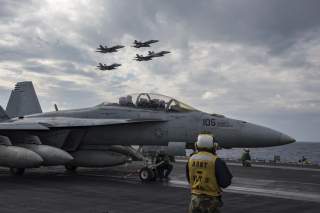 With the election of Donald Trump to the presidency, the American public opted for change. A new poll from the Charles Koch Institute and Center for the National Interest on America and foreign affairs indicates that the desire for a fresh start may be particularly pronounced in the foreign policy sphere. In many areas the responses align with what Donald Trump was saying during the presidential campaign—and in other areas, there are a number of Americans who don’t have strong views. There may be a real opportunity for Trump to redefine the foreign policy debate. He may have a ready-made base of support and find that other Americans are persuadable.

Two key questions centering on whether U.S. foreign policy has made Americans more or less safe and whether U.S. foreign policy has made the rest of the world more or less safe show that a majority of the public is convinced that—in both cases—the answer is that it has not. 51.9 percent say that American foreign policy has not enhanced our security; 51.1 percent say that it has also had a deleterious effect abroad. The responses indicate that the successive wars in the Middle East, ranging from Afghanistan to Iraq to Libya, have not promoted but, rather, undermined a sense of security among Americans.

The poll results indicate that this sentiment has translated into nearly 35 percent of respondents wanted a decreased military footprint in the Middle East, with about 30 percent simply wanting to keep things where they stand. When it comes to America’s key relationship with Saudi Arabia, 23.2 percent indicate that they would favor weaker military ties, while 24 percent say they are simply unsure. Over half of Americans do not want to deploy ground troops to Syria. Overall, 45.4 percent say that they believe that it would enhance American security to reduce our military presence abroad, while 30.9 percent say that it should be increased.

That Americans are adopting a more equivocal approach overall towards other countries seems clear. When provided with a list of adjectives to describe relationship, very few Americans were prepared to choose the extremes of friend or foe. The most popular term was the fairly neutral term “competitor.” The mood appears to be similarly ambivalent about NATO. When asked whether the U.S. should automatically defend Latvia, Lithuania, or Estonia in a military conflict with Russia, 26.1 percent say that they neither agree nor disagree. 22 percent say that they disagree and a mere 16.8 percent say that they agree. Similarly, when queried about whether the inclusion of Montenegro makes America safer, no less than 63.6 percent say that they don’t know or are not sure. About Russia itself, 37.8 percent indicate they see it as both an adversary and a potential partner. That they still see it as a potential partner is remarkable given the tenor of the current media climate.

The poll results underscore that Americans are uneasy with the status quo. U.S. foreign policy in particular is perceived as a failure and Americans want to see a change, endorsing views and stands that might previously have been seen as existing on the fringe of debate about America’s proper role abroad. Instead of militarism and adventurism, Americans are more keen on a cooperative world, in which trade and diplomacy are the principal means of engaging other nations. 49 percent of the respondents indicate that they would prioritize diplomacy over military power, while 26.3 percent argue for the reverse. 54 percent argue that the U.S. should work more through the United Nations to improve its security. Moreover, a clear majority of those polled stated that they believed that increasing trade would help to make the United States safer. In a year that has been anything but normal, perhaps Trump is onto something with his talk of burden sharing and a more critical look at the regnant establishment foreign policy that has prevailed until now.

Image: Aircraft fly in formation above the flight deck of the aircraft carrier USS Dwight D. Eisenhower. Flickr/Department of Defense