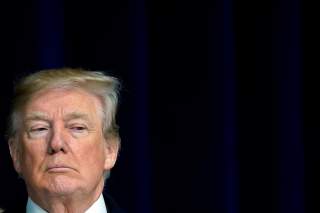 “First time I met with President Trump, we disagreed on three things in my first 40 minutes with him. This is not a man who’s immune to being persuaded if he thinks you’ve got an argument.” - Secretary of Defense James Mattis, August 2017

As we enter a second year of U.S. foreign policy under the current administration, sometimes it’s hard to separate the signal from the noise. Is there a guide for the perplexed?

The new National Security Strategy (NSS), designed to clarify the administration’s foreign-policy concerns and objectives, may be one useful starting point. Its release received largely positive reviews. Even many of the administration’s opponents conceded that national security adviser H. R. McMaster and his staff—led in this instance by Nadia Schadlow, deputy assistant to the president for national security strategy—did good work in crafting a serious and perceptive document ahead of schedule.

Here were some of the most outspoken, disappointed critics of the new U.S. National Security Strategy: the People’s Republic of China; the government of Russia, under Vladimir Putin; prominent liberal Democrats inside Congress and out; strict noninterventionists on the Right.

A common theme among some other critics was that the document could not possibly represent the president’s actual beliefs on foreign policy. Interestingly, this is also the fear of some Trump supporters—i.e., that there is a “deep state” clique around the president. Still, in relation to these profound conspiracy theories, I have a friendly question for all those convinced they fully understand Trump’s current innermost thought process: How do you know?

The United States has, and continues to have, a president-centered foreign policy system. Bureaucratic influences are quite significant, but can also be overrated. At the end of the day, presidents make the big decisions. So does this one. The problem with ascribing Trump’s foreign policy decisions to overpowering bureaucratic pressure is that he has made—from the perspective of most experts—some broadly conventional decisions (Afghanistan; continued reinforcements to Poland; pressure on North Korea) along with some highly unconventional ones (Jerusalem; Paris climate accord withdrawal; the travel ban.) The best explanation for the variance is probably the president’s own determination of what he finds convincing in each case.

Keeping this in mind, perhaps the real meaning of the new NSS is not so esoteric. Reading through the document, here are some of its main themes:

- We live in a competitive environment, internationally.

- The United States has the right to pursue its own interests within this environment.

- Restoration of economic competitiveness as the basis for American power.

- Pushing back against numerous adversaries of the United States overseas, including rogue states and major competitors.

- Acceptance of great power rivalry as a fact of life, combined with hopes for regional stability and cooperation where possible.

- Hunting down jihadist terrorists wherever they live.

The upcoming National Defense Strategy, to be released by the Pentagon, will hit on similar themes, having been written in consultation with the White House.

Now you may agree with the above themes and priorities, or you may disagree. But if you’re absolutely convinced that Trump does not believe in them, go back and read the list again. Clearly, the president has offered significant modifications on key issues from his earliest language on the campaign trail. Up through the opening weeks of 2016, for example—and for the previous thirty years—most of what Trump had to say on the subject of America’s allies was negative and critical. He cast them mainly as free-riders, taking advantage of the United States.

Since Trump’s inauguration a year ago, however, the majority of what he himself has said about America’s alliances has been to reaffirm their place in U.S. foreign policy. To be sure, he still calls in the bluntest of terms for increased defense spending from allies overseas, especially in relation to Berlin. But the actual practice of the current administration—including the president’s own language—has been, in many ways, to affirm and even sometimes bolster existing US alliances.

This leads to a truly unorthodox thought: perhaps Trump is learning. In fact, he can be amazingly candid in admitting as much. As he said last year of the presidency: “I thought it would be easier.”

The suggestion that Donald Trump is capable of positive learning will, of course, trigger howls of indignation from all sides. This would really be awkward. It would be awkward for the president’s most ferocious ongoing critics, because it would contradict their fixed conviction that he is utterly incapable of learning anything constructive. But it would also be awkward for some of Trump’s most fervent longstanding admirers, because they will resent the implication that he ever had anything to learn in the first place.

Yet presidents do sometimes learn. And this should not be embarrassing. On the contrary, it’s very much to their credit.

George W. Bush, for example, spent several years paying considerable deference to career military advisers on the question of how to fight his chosen war in Iraq. By the close of 2006, he learnt that he needed to impose his will on the situation, in order to rescue it from a continuing downward spiral. And so he did.

Barack Obama, by comparison, entered the White House assuming that diplomatic accommodations, strategic retrenchment and autobiographical excellence would combine to make the world a safer place. They did not. And yet for all his high intelligence and tactical flexibility, there’s no evidence he ever really changed his mind. Ironically, he left office warning of the dangers surrounding U.S. global detachment.

Clearly, some of the misguided assumptions of the Obama era still exist today. But at least on this one dimension—namely, the value of America’s alliances—Trump may have already learnt more in the past year and a half than Obama learnt in eight.

No serious analyst believes that presidents simply sit down and consult broad, extensive documents like the new NSS for fine-tuned guidance on to manage inevitable unexpected crises and events. For one thing, these documents cannot provide such granular advice. The real utility of a national security strategy, if there is one, lies in working out a common framework; clarifying an emergent understanding; and having all the principals agree on a set of broad priorities, with their own prior input. The fact that the resulting document carries the president’s signature can lend it a certain weight in bureaucratic tussles if properly deployed. If this weren’t true, nobody would bother to argue over its content in the first place.

Certainly, the NSS will need to be fleshed out into a series of more specific regional and functional strategies. As it happens, that’s exactly what McMaster and his staff have been doing. Classified versions of specific regional strategies will be most useful, because they will be more candid and operationally relevant without signaling to overseas adversaries every upcoming American move. The key will be implementation, and like every other U.S. president, the current one will reserve the right to respond as he sees fit in each situation. On this at least, the critics have it right: with regard to foreign policy, watch what Trump actually does.

As to whether the administration’s overall approach will work over the course of a full four-year term, the truth is nobody really knows. Every American voter will offer their own judgment on that question—just as they did in 2016.

In the meantime, Trump’s most vociferous continuing critics might be more persuasive if they didn’t sound as though they were trying to untie his shoelaces every minute, hoping for him to trip. Good foreign policy analysis—like good foreign policy—is empirical. A bad-faith model of any given president can’t be a useful guide, because it rejects all contrary evidence. If presidents can learn, then so may their critics. On a wide range of issues, conservative Republican national security hawks will need to consider whether they are willing to take yes for an answer from this administration. Most already have.

In this year and beyond, when it comes to U.S. foreign policy, consider focusing on the signal—not the noise.

Colin Dueck is a Professor in the Schar School of Policy and Government at George Mason University, a Kirkpatrick fellow at the American Enterprise Institute, and the author of The Obama Doctrine: American Grand Strategy Today (Oxford 2015).