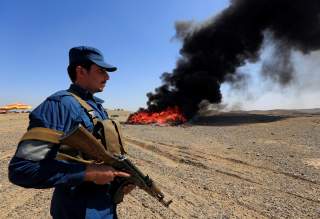 To much anticipation, on August 21 President Donald Trump announced “our new strategy” for Afghanistan. Unfortunately, it revealed neither a succinct strategy nor even anything new. It was instead a list of a dozen pronouncements defining various U.S. policies tied to Afghanistan. Leaving aside their wisdom, they describe almost perfectly the policy of President George W. Bush and the initial policy of President Barack Obama.

More importantly, the announcements form not even the semblance of a strategy. A strategy is a plan for the deployment of (limited) resources in support of a set of objectives and in the face of obstacles (like adversaries), as President Trump said himself, it is “a plan for victory.” President Trump elucidated none of the elements.

So there is no plan nor even realistic objectives. For instance, what is the larger scheme into which the additional four thousand troops President Trump has authorized will fit? To be fair, there has been little real strategy over the past sixteen years by any administration with the possible exception of the questionable plan in 2009 by then-International Security Assistance Force and its commander at the time, Gen. David Petraeus, to redeploy coalition forces from relatively more secure areas of the north, for example in Badakhshan and Balch, to the heartland of the Taliban in the south and east, particularly Helmand and Kandahar. I told USAID in a political-economy analysis of Afghanistan before the redeployment that since the war in Afghanistan was not between two set, uniformed armies but an irregular “asymmetric” war, one in which the insurgents enjoy maximum fluidity, its participants would simply redeploy their own forces and in the process render the “secure” areas insecure, which is exactly what they did. But wise or not, at least Petraeus had a plan based on an analysis of the conflict.

At best, Trump removed Obama’s troop limitations and timetable noting that “conditions on the ground—not arbitrary and counterproductive timetables will guide our strategy from now on” and the United States will “no longer announce in advance the dates we intend to begin, or end, military options . . . or talk about numbers of troops or our plans for further military activities.” Moreover, unlike Bush and Obama, Washington will no longer “micromanage” military decisions but rather expand the authority of field commanders to “target the terrorist and criminal networks.” (Now targeting criminal networks too? Plenty of those outside and inside the government itself.) Principles guiding a strategy may be better than nothing, but they are no substitute for an actual strategy whether developed by Washington or by field commanders.

As for objectives, they are either unclear or, based on the last sixteen years, utterly over-ambitious and unrealistic: “win a victory . . . , bring about the defeat of our enemies and the arrival of peace,” and (even more expansive) “from now on, victory will have a clear definition: attacking our enemies, obliterating ISIS, crushing Al Qaeda, preventing the Taliban from taking over Afghanistan, and stopping mass terror attacks against America before they emerge.” Tall order for a war that has so far produced none of them and not for lack of trying. Indeed, a bit quizzically given the braggadocio about obliterating, crushing and preventing, “it will be possible to have a political settlement that includes elements of the Taliban” in the governance of Afghanistan but, unlike President Obama, President Trump said nothing about the prerequisites for that possibility.

Apropos the participation of other actors, nothing was said about the coalition countries, which apparently were not consulted, or about Russia or Iran, which are now apparently supporting the Taliban. And regarding the most important partner: “America will work with the Afghan government as long as we see determination and progress. However, our commitment is not unlimited, and our support is not a blank check. The government of Afghanistan must carry their [sic] share of the military, political and economic burden. The American people expect to see real reforms, real progress and real results. Our patience is not unlimited.” However, in a major departure from Bush and Obama, “we are a partner and a friend but we will not dictate to the Afghan people how to live, or how to govern their own complex society, we are not nation-building again, we are killing terrorists.” Indeed, in a departure from his predecessors more globally: “we will no longer use American military might to construct democracies in faraway lands, or try to rebuild other countries in our own image. Those days are now over. Instead, we will work with allies and partners to protect our shared interests. We are not asking others to change their way of life, but to pursue common goals” under a U.S. policy of “principled realism.” So the United States is requiring “real reforms” but not how to govern? And how exactly, absent U.S. involvement, the foundering and ineffective Government of Afghanistan will now successfully undertake those reforms and carry its share of the military, political and economic burden was left unclear except that the United States will take a hands-off role . . . until its patience runs out. If only Bush and Obama had followed this clear “strategy” perhaps the insurgents would now be losing rather than gaining territory and sovereignty and the war would have ended with victory. Trump did not disclose the timetable for his patience or criteria for his qualified funding “no blank check” any more than for U.S. troop presence.

Within the region, the United States will “change the approach and how to deal with Pakistan. We can no longer be silent about Pakistan’s safe havens for terrorist organizations. . . . Pakistan has much to gain from partnering with our effort in Afghanistan. It has much to lose by continuing to harbor criminals and terrorists.” Simultaneously, the United States will “further develop its strategic partnership with India—the world’s largest democracy and a key security and economic partner of the United States.” Four problems here. First, although no strategy is likely to succeed in Afghanistan while Pakistan provides safe-haven to what it calls “the good Taliban,” i.e. those that oppose any government of Afghanistan which is not “friendly” (some say “subservient”) to Pakistan, no sovereign Afghan government will agree to Pakistan’s conditions for servility and no Pakistani government has been willing (or able) to meet the conditions of Afghanistan and the United States on combatting all terrorism. Second, Pakistan was named by President Bush as a “major non-NATO ally” but any Pakistan government will doubt that designation by—and be even more resistant to—a United States developing a closer partnership with its arch-enemy, India. Third, Pakistan’s warming relation with China renders U.S. threats even less credible. Fourth, Pakistan’s cooperation may be essential to a U.S. strategy but it would be only one element in such a strategy.

In short, President Trump announced some piecemeal policies, changed some directions, and pretty much turned Afghanistan over to his generals. He did not, however, disclose his “plan for victory.” He did not explain the envisioned endgame or convincing objectives for U.S. participation in Afghanistan. He definitely did not disclose how the United States would achieve those objectives or even the principles or conditions by which he would expand or contract troop levels or missions let alone under what conditions, if any, the United States would leave Afghanistan or stay except for the maximalist crush and obliterate language. Most certainly, he did not discuss contingencies, options, or suboptimal blueprints and objectives. For example, just leaving in some orderly way, which was the option (absent the orderly part) favored by candidate Trump, does not appear to be a priority. So no plan, no strategy, new or old. Dozens of additional questions and factors would be required of a real strategy even if they are contingent and uncertain.

Perhaps President Trump and his team have a secret strategy which they did not want to disclose or, at least, critical elements they do not want to divulge to the adversaries. Fair enough. But that presumes what theater critics call the suspension of disbelief. It requires the public—and the Congress—to support this so-called new strategy on the assumption that someone in the White House has a plan to put them into effect and at a cost in lives, casualties and treasure proportional to the benefits of the objectives both to Afghans and to the coalition partners. How probable is that? In fact, President Trump made no such claim. The “strategy” he announced is presumably the entire plan.

And yet notwithstanding these clear lacunae, former critics like chairman of the Senate Armed Services Committee, Sen. John McCain, who properly maintained just a few weeks ago that “we have no strategy” now believes that we do, and one he acclaims as well. It is unlikely in the extreme that the new strategy will survive public opinion for more than a few months as U.S. casualties accumulate while the Taliban seem to be gaining not losing ground, authority and population . . . perhaps just long enough to create fodder for the next election cycle. Absent a truly new and convincing strategy, the likely, indeed almost inevitable, result is another three-and-a-half years of insurgency advances, hundreds of coalition and thousands of Afghan lives lost or maimed, billions of additional dollars spent, and continuing strategic stalemate before the next Afghanistan strategy review.