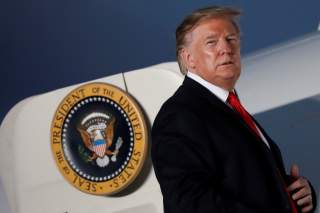 The sausage-making process of constructing legislation in Washington generally interests only DC insiders seeking to glean some benefit. But the 2020 State and Foreign Operations funding bill now under consideration in the House merits broader scrutiny. The bill is not only costly—allocating more than $2 billion higher than fiscal year 2019 and nearly $14 billion more than the president’s budget request—it also includes numerous provisions that would reverse conservative policies implemented by the Trump administration and tie its hands going forward.

The United States has been the United Nations largest financial supporter since the organization’s founding. Even in 1946, however, the United States objected to paying more than 25 percent of UN expenses and has sought consistently since then to reduce the U.S. assessment—partly to cut costs for U.S. taxpayers, but also because it believes that relying too heavily on one country for funding undermines “the sovereign equality of nations” and incentives for oversight and accountability. The historical struggle of the United States to reform the UN and focus resources on high-priority, effective activities—instead of outdated, duplicative, or unproductive activities—illustrates the prescience of this concern.

Spiraling peacekeeping costs in the early 1990s led Congress to cap unilaterally U.S. payments for UN peacekeeping at 25 percent of the budget. The resulting arrears put stress on the organization, but created incentives for the other member states to agree to a number of reforms in return for payment. This included agreeing to adopt the current methodology for peacekeeping assessments that was projected to lower the U.S. share to 25 percent as required by U.S. law.

Unfortunately, the U.S. share of the peacekeeping budget never fell to 25 percent as projected. The difference between 25 percent and the nearly 28 percent that the UN charges the United States may seem small, but it costs American taxpayers hundreds of millions of dollars each year.

The House bill overrides the 25 percent cap on U.S. payments for UN peacekeeping, authorizes payments up to the level that the UN charged the U.S. from 2016 to 2018, and provides half a billion dollars for arrears accrued in fiscal year 2017 and fiscal year 2018. Supporters of this payment are concerned that countries providing troops for peacekeeping will be reluctant to participate in UN peacekeeping if they are not reimbursed on time. They should be just as concerned about saving U.S. taxpayer dollars.

This is a case of history repeating itself. It was the pressure of U.S. withholding under the 25 percent cap in the 1990s that forced the other UN member states to agree to reduce U.S. dues. Since the early 2000s, however, the United States has routinely overridden the cap, so pressure to reduce the U.S. assessment to 25 percent receded.

If the United States pays in full, then the other member states have no incentive to lower the U.S. peacekeeping assessment. As was the case in the 1990s, the United States should enforce the 25 percent cap enacted under U.S. law and pay the resulting arrears only after the UN adopts a maximum assessment of 25 percent.

Blocks U.S. Withdrawal from the Paris Agreement on Climate Change

The Paris Agreement would impose significant costs on the U.S. economy, but would have virtually no impact on climate change. It was a gravely flawed agreement, and President Donald Trump was correct to leave. The bill makes funding available for contributions and payments to the Paris Agreement, including the Green Climate Fund, but prohibits any use of funds “to provide formal notification under Article 28 of the Paris Agreement of the withdrawal of the United States from such Agreement.” This is a wrongheaded attempt to prohibit the Trump administration from withdrawing from the Paris Agreement in 2020 as announced.

Mandates that State Department Staff Must Not Fall Below 2016 Levels

The bill states, “Funds made available by this Act are made available to support the permanent Foreign Service and Civil Service staff levels of the Department of State at not less than the on-board levels in fiscal year 2016.” A similarly phrased passage also applies this restriction to the U.S. Agency for Development (USAID). The justification for this, explained in the report accompanying the bill, is that the committee is concerned over “significant reductions to the Department of State’s permanent Foreign Service and Civil Service personnel since fiscal year 2016.” Consider the facts, however:

Constrains Future Efforts to Reorganize or Reform the Department of State

The bill states that prior consultation and notification with the Committees on Appropriations is required before any funds may be used to reorganize, redesign or reform the Department of State or USAID. This prohibition extends to any plan to:

(2) expand, eliminate, consolidate, or downsize the United States official presence overseas including at bilateral, regional, and multilateral diplomatic facilities and other platforms.

In addition, the legislation singles out particular parts of the State Department to prohibit any changes. For instance, the bill prohibits any use of funds appropriated to “downsize, downgrade, consolidate, close, move, or relocate the Bureau of Population, Refugees, and Migration, Department of State, or any activities of such Bureau, to another Federal agency.” Congress should be consulted on major changes, but this is micromanagement and would impede the Secretary of State or USAID administrator from shifting resources or responsibilities around to improve efficiency or make adjustments to address rising or receding crises.

Conservatives have long opposed international funding for abortion and organizations like UNFPA that have been supportive of coercive programs like China’s two-child policy. The legislation would reverse the Trump administration decision in April 2017 to end U.S. funding for UNFPA and appropriates $55.5 million to the organization. In addition, the bill specifically prohibits any funds from being used to implement the “the Presidential Memorandum on Mexico City Policy” that prohibits U.S. funding of international organizations that “support or participate in the management of a program of coercive abortion or involuntary sterilization.”

The Trump administration announced last summer that the United States would no longer participate in the UN Human Rights Council due to its anti-Israel bias, failure to condemn governments such as China that violate human rights, and the ability of abusive authoritarian governments to win election to the Council and use their positions to protect each other from scrutiny. The legislation makes funds available to the UNHRC unless the Secretary of State certifies that participation “does not serve the national interest of the United States” and that the “Council is not taking significant steps to remove Israel as a permanent agenda item” or improving the “integrity in the election of members to such Council.”

The Trump administration earnestly sought adoption of these and other reforms and, if the UN membership had supported them, then the United States would have continued its participation in the UNHRC. It is positive that the House bill endorses these reforms, but the current construction opens the door for renewed funding based on “taking significant steps to” reforms that may never be realized. It would have been more constructive had funding been made contingent on the specific reforms, presenting a united front with the administration.

Last year, the Trump administration ended all U.S. funding for the United Nations Relief and Works Agency for Palestine Refugees in the Near East (UNRWA). Part of the administration’s justification for the decision was the disproportionate level of U.S. financial support, but the more fundamental reason to end U.S. funding lies with the many flaws that have plagued the UN agency for decades. The House bill restores U.S. funding of UNRWA unless the Secretary of State determines and reports “that UNRWA is violating certain policies related to neutrality, impartiality, prohibiting weapons in their facilities, regular inspections, educational materials, financial transparency, and auditing practices.”