The Truth about the Mueller Report 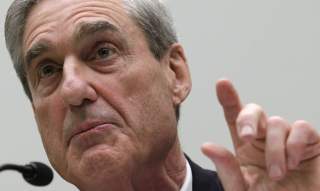 The Mueller Report is here! Well, sort of.

On March 22, Attorney General William Barr notified the chairmen and ranking members of the House and Senate Judiciary Committees that Special Counsel Robert Mueller had completed his investigation and filed his final report. Two days later, Barr sent a follow-up letter informing them of the “principal conclusions” reached by Mueller. Here are some key takeaways.

First, no one at the Department of Justice interfered with Mueller’s investigation. While the investigation was ongoing, some people on the left expressed concerns that President Donald Trump would order Deputy Attorney General Rod Rosenstein to shut down the investigation, or that Acting Attorney General Matthew Whitaker or Attorney General Barr might do so. None of this happened. Barr’s March 22 letter states that regulations require him to inform Congress of any instances in which the attorney general “concluded that a proposed action by [the] Special Counsel was so inappropriate or unwarranted under established Departmental practices that it should not be pursued.” There were no such instances.

Second, the special counsel conducted a thorough investigation, which will come as no surprise to anyone who knows Bob Mueller or is aware of his reputation. Per Barr’s March 24 letter, since Mueller’s appointment in May 2017, the special counsel “employed 19 lawyers who were assisted by a team of approximately 40 FBI agents, intelligence analysts, forensic accountants, and other professional staff.” Mueller’s office “issued more than 2,800 subpoenas, executed nearly 500 search warrants, obtained more than 230 orders for communications records, issued almost 50 orders authorizing use of pen registers, made 13 requests to foreign governments for evidence, and interviewed approximately 500 witnesses.” That’s thorough!

At the time of his appointment, Mueller received enthusiastic support from many Democrats. For example, New York Sen. Chuck Schumer said, “Former Director Mueller is exactly the right kind of individual for this job.” Meanwhile, California Rep. Adam Schiff called Mueller a “solid choice.” It will be interesting to hear what they say in the days ahead.

Third, the Russians clearly tried to interfere with the 2016 presidential election (and likely many other elections). Persons associated with the Russian government did this primarily in two ways. They used a Russian organization “to conduct disinformation and social media operations in the United States” designed to sow social discord. The organization “successfully hacked into computers and obtained emails from persons affiliated with the Clinton campaign and Democratic Party organizations, and publicly disseminated those materials through various intermediaries, including WikiLeaks.”

Fourth, there was no collusion. Barr informed the judiciary committees that a “primary consideration” of Mueller’s investigation was to determine “whether any Americans—including individuals associated with the Trump campaign—joined the Russian conspiracies to influence the election, which would be a federal crime.” Quoting from Mueller’s report, Barr stated that “the investigation did not establish that members of the Trump Campaign conspired or coordinated with the Russian government in its election interference activities.”

Fifth, the determination of obstruction of justice is less definitive. After a “thorough factual investigation,” Mueller, for reasons that I am sure will be revealed in the days ahead, “determined not to make a traditional prosecutorial judgment,” opting instead to lay out the “evidence of the question.”

Quoting from the report, Barr states that while the report “does not conclude that the President committed a crime, it also does not exonerate him.” Instead, Barr states that after consulting with department officials and “applying the principles of federal prosecution that guide” charging decisions, he and Rosenstein concluded that the evidence was “not sufficient to establish that the President committed an obstruction-of-justice offense.”

Significantly, Barr stated that they made this determination without regard to “constitutional considerations” about whether a sitting President can be indicted. In other words, for the sake of argument they assumed that he could be, but determined that the facts presented were not enough to charge the president. This is not surprising since it is difficult to prove that an individual acted with the requisite corrupt intent to obstruct an ongoing investigation.

Sixth, we don’t know yet how much of the Mueller report will see the light of day. On March 14, the House of Representatives passed a resolution—unanimously—calling on Mueller to release his entire report to the public. The president also wants the entire report released. And Barr has stated that he remains “committed to as much transparency as possible.” So what’s the problem?

The problem, as Barr outlines in his March 24 letter, is that laws, regulations, and long-standing department policies may limit what he can disclose. The biggest impediment is that, according to Barr, it is “apparent” that report contains material relating to “matter[s] occurring before [a] grand jury,” and rules restrict the disclosure of such material. Moreover, departmental policies require federal prosecutors to “remain sensitive to the privacy and reputation interests of uncharged third-parties.” And, of course, there are still pending cases that emanated from the Mueller investigation. As Barr has stated, he has to be careful not to disclose information “that could impact ongoing matters, including those that the Special Counsel has referred to other offices.”

Seventh, there are more investigations coming that will play out in the court of public opinion. House Judiciary Chairman Jerry Nadler, a democrat, has vowed to continue investigating the president. Meanwhile, Senate Judiciary Chairman Lindsey Graham, a Republican, has vowed to investigate alleged abuses of the Foreign Intelligence Surveillance Act at the start of the Russia investigation as well as the conduct of the FBI, even going so far as to request that General Barr appoint a new special counsel to investigate the “other side of the story.” Buckle up, it’s going to be a bumpy ride!

John G. Malcolm is vice president of The Heritage Foundation’s Institute for Constitutional Government and director of the think tank’s Meese Center for Legal and Judicial Studies.