Turkey: Return of the Generals 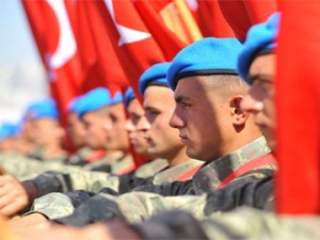 The Turkish military wasn’t supposed to matter anymore. Over the past three years, many of Turkey’s senior military officers were tried and imprisoned on charges of planning coups against Prime Minister Recep Tayyip Erdogan’s democratically elected government. The trials came after Erdogan successfully moved to reduce the military’s role in political decision-making and put it under the firm control of civilian rule. Together, these actions not only reduced the threat of a coup against the Islamist-leaning Erdogan, but also helped the prime minister cement popular backing from other Islamic conservatives and Turkey’s liberals, all of whom were happy to see the armed forces pay for their past abuses.

The power struggle that broke out a few months ago between Erdogan and his former allies in the Islamist conservative camp, the followers of the Pennsylvania-based Islamic preacher Fethullah Gulen, changed the dynamic. Erdogan started to reconsider his moves to undercut the generals. He and his officials took steps and made statements that appeared to support a renewed role for the military as political actors, albeit hand-in-hand with him.

The March 30 local elections, widely seen as a referendum on Erdogan’s increasingly autocratic and anti-democratic rule, gave him the results he needed to continue to promote his own agenda. His Justice and Development Party (known by its Turkish initials, AKP) won 43 percent of the vote nationally, with the strongest rival, the social democrat Republican People’s Party (known as CHP, for its Turkish initials), polling 26 percent nationwide. CHP was unable to wrest control of Istanbul from AKP and even in Ankara, where the incumbent AKP mayor appeared weak, the two parties’ candidates just about tied, and votes are still being contested.

Having scored a strong victory at the ballot box, Erdogan is now ready to move actively against the Gulen movement’s network. Members of Gulen’s movement dominate the country’s police force and judiciary, and they are believed to be behind the broad corruption probe launched on December 17, 2013 that seemed to target Erdogan by going after businessmen and the sons of politicians close to him. Gulen supporters are also suspected of being responsible for wiretapping Erdogan and others and then leaking the tapes that appear to implicate the prime minister in some of the alleged corruption. (Erdogan denies the veracity of the tapes and allegations.)

In his victory speech on election night, Erdogan made clear that his main concern was Gulen and his followers. “We’ll walk into their dens. They will pay for this,” he said. Erdogan, whose increasingly autocratic ways—including banning Twitter prior to the election—have led to a rift with liberals as well, is also likely to keep up the pressure on his opponents in the media, arts and business worlds. He won’t do this alone. He has indicated that he is planning to team up with his former nemesis, the military, to undercut forces that threaten his personal hold of the state. This gives the generals the opportunity to move back into a position of political primacy.

The new, de facto alliance between Erdogan and the Turkish General Staff was launched at the February 26 meeting of the National Security Council, whose members include the country’s five most senior military officers. The council unanimously voted to designate the Gulen movement—which they referred to as “the parallel structure”—as a threat to national security. They declared “total war” against Gulen activities in Turkey and approved a blueprint of action that includes identifying and purging Gulen’s cadres from the state.

A few weeks later, the constitutional court voided the life sentence against former Chief of the General Staff Ilker Basbug, one of the many senior military officers jailed for alleged coup plotting. When Basbug was released on March 7, Erdogan personally called to congratulate him, saying that he expected to see others freed too. Given that Turkey’s AKP-controlled parliament in February approved a measure to disband the special courts that convicted most of the military officers, it seems very likely that more officers will be released soon.

In his victory speech on March 30, Erdogan said that he had been naïve to let the Gulenists move into important positions. It’s true that over time, as Gulen’s followers grew more powerful, they sought to exert a more direct say in the government’s daily affairs. They objected to the AKP government’s peace talks with the PKK Kurdish rebel group. The chief prosecutor in Istanbul, seen as a backer of Gulen, called in Erdogan’s chief of intelligence, Hakan Fidan, in February 2012, to question him over the government’s overtures to the PKK. Relations collapsed completely in the late fall, with the corruption probe and release of tapes that appeared to implicate Erdogan. But Erdogan doesn’t appear to see similar risks in partnering with the military. This may be his mistake.

For the moment, the military has good reason to bury any resentment of Erdogan and move forward jointly. The military blames the Gulen movement for the trials against their officers and for what the military long claimed was doctored evidence. Basbug, the former chief of staff released last month from jail, said that neutralizing the threat posed by the Gülenist was the country’s priority. “If there is corruption then this should of course be addressed,” he said in a statement shortly before being released. “But an elected government should be voted out of power; attempts to bring it down with non-electoral maneuvers amounts to a coup.”

Senior officers aren’t just angry at the cases that decimated their prestige and morale. They are also worried about Gulen’s influence over the military’s rank and file. Over the years, pro- Gulenist young officers have risen in the ranks. The military’s top brass is afraid of being overtaken by Gulenist officers. The various leaks of government tapes showed the reach of the movement’s supporters—but no more so than the recent tape of Erdogan’s senior national intelligence chief, the deputy Chief of the General Staff and his foreign minister discussing intervention scenarios in Syria. That was a sign that even the country’s highest officials, including the military top brass, aren’t immune from the wiretapping.

The military knows that their officers wouldn’t have been in prison if it hadn’t been for Erdogan, who let Gulen supporters take the lead for so many years and ignored claims of doctored evidence. Nonetheless, partnering with AKP now is the only way for the military to exact revenge and reclaim power. But there is no reason to take for granted that the military will remain loyal to Erdogan . They are bound to be as deeply resentful against Erdogan as they are against the Gulenists. The return of the military may be good for Erdogan in the short-term, but he’s likely creating a potential new challenge in the future.

The lesson of Turkish history is clear: the military always triumphs. The mighty Janissary army that had defied the authority of countless Ottoman sultans was slaughtered by Mahmut II in 1826, but that did not spell the end of the military’s political role. Don’t bet on a break with history in Turkey.

Aliza Marcus is a writer in Washington, DC, and the author of a history of the Kurdish rebel PKK movement, Blood and Belief: The PKK and the Kurdish Fight for Independence