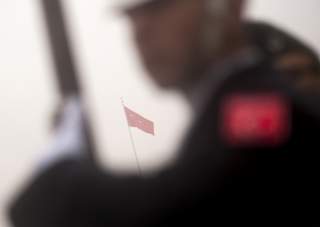 Turkey’s failed coup attempt on Friday, July 15 was bad news for Turkey. After enduring a string of horrific terrorist attacks, the most recent less than a month before at the very airport that was shut down over the weekend, the black eye from these events and reactions they will provoke are hard to estimate at this point. But the fact remains that if the coup had been successful, Turkey would have lost its democratically elected government to yet another military junta. Its people would have to leave their hope for democratic consolidation and individual freedom. Yet now, the suppression of the failed coup has only further exposed the levels of polarization that have given President Erdogan exceeding authority over his country and its constitution.

Unlike some other coups in Turkish history, this coup attempt was violent, messy and divided. It was not bloodless, since the state maintained control over the police forces and higher-ranked officers. For the first time, the Turkish parliament building was bombed. The hotel where President Erdogan had been staying on his vacation was bombed. As F-16s struck government-run areas from the coup side, jets from the government-supporting side struck back.

Civilians in Turkey’s two biggest cities (Istanbul and Ankara) sat inside their homes and heard fighting and bombing as the coup attempters announced a nationwide curfew. President Erdogan spoke via Facetime, urging his supporters to take to the streets and demonstrate. Every cell phone user received urgent text messages, raising further questions about privacy that are just now beginning to surface. When the smoke cleared and the sun rose, it was clear that the AK Party had squashed the coup, unlike any of their political predecessors. Shocking numbers emerged. There are reported to have been close to three hundred casualties which included members of the military, police force, and some civilians. More than six thousand people were immediately detained, half members of the military and half members of the judiciary. The numbers have only ballooned since then. Unfortunately anti-Erdogan has come to be equated with pro-coup, and that requires detention until further notice. Many Erdogan supporters believe that the failed coup is just a prelude to what is to come while anti-Erdogan critics believe he staged the coup to increase his own power. Such conspiracy theories will continue to run rampant and sorting fact from fiction is now more difficult than ever.

Did the coup have a chance?

Turkey’s allies, including the United States, quickly voiced support for Turkey’s democratically elected government when the coup began. Interestingly, so did the AK Party’s opposition, as did President Erdogan’s supporters, who flocked to the streets to show their support when he returned to Istanbul in a last-minute press conference. It is noteworthy that he chose to assert his control from the city he ran as a popular mayor rather than returning to Ankara, where most of the coup plotters originated.

Even though the AK Party government has faced criticism and calls for democratic reform from the international community, its NATO allies, opposition parties and opposition actors within Turkey, none of these actors supported the coup. The only group supporting the coup within Turkey were its attempters within the military. Given this lack of outside support, and the fact that the majority of military members were of middle or lower rank, their only chance of successfully overthrowing the government would have been for the entire nation to rise up at the same time to support them. That was clearly wishful thinking.

Journalists and citizens alike immediately noted that the coup played right into President Erdogan’s hands, paving the way for him to persecute his critics and giving credence to his fears of conspiratorial overthrow. The failed coup is already being described as a “windfall for Erdogan,” who will use this insecurity to hasten the push for Turkey to become a presidential system that he had set in motion by removing Ahmet Davutoglu as prime minister earlier this summer.

Turkey has had a tumultuous past few years, including the antigovernment Gezi Park demonstrations and a massive corruption scandal in 2013, a presidential election in 2014, and a spike in domestic terrorist attacks in 2015 and 2016. Amidst this instability, President Erdogan’s supporters have only become more fervent in their need to defend the stability of the Turkish state through security measures that might encroach on individual freedoms. One need only watch an AK Party campaign commercial from 2014 for a visual representation of this trend that is becoming all too common in America’s 2016 presidential campaign as well.

The role of the international community

As a critical NATO member, the largest host of Syrian refugees, and a regional power in the Middle East, Turkish domestic politics are not isolated, but inextricably linked, to international affairs. Likewise, the AKP’s tightening grip on power is not only dependent on the Turkish electorate, but also on the support of powerful actors in the international community.

Importantly, the AK Party has recently sought stronger ties with Russia and Israel. European Union countries rely on Turkey to stem the flow of Syrian refugees, as Washington looks to Ankara for anti-ISIL collaboration, and in particular its strategic use of Incirlik air base in southern Turkey. As the coup eroded security, Turkish authorities closed the base, and a power outage added a whiff of intrigue. Its reopening suggests continued collaboration between the Turkish and U.S. governments in the fight against ISIL but also a new chapter in the U.S.-Turkey relationship.

The progress made weeks after an ISIL-initiated terrorist attack at Istanbul’s international airport, Turkish and U.S. leaders came together for a renewed commitment of their collaboration in fighting ISIL now is uncertain thanks to the failed coup. President Erdogan’s purge of suspected disloyal officers in the military is already raising alarm about the ability of the Turkish military to continue its commitments as effective and sovereign fighting force despite the fact that the vast majority of its members remained loyal to the Turkish state.

President Erdogan is openly considering calls to reinstate the death penalty and has made it his priority to “cleanse the state institutions of all these viruses…that like a cancer, has spread throughout the state apparatus.” Absent in this rhetoric is any concern for the death penalty’s potential to hurt Turkey’s position as an EU candidate or Western ally. To add to this, President Erdogan blames the coup on Gulen’s “Hizmet” movement, which Turkey considers to be a terrorist organization. This movement is led by and named for Fethullah Gulen, a former Islamic-influenced ally of President Erdogan. Gulen resides in self-imposed exile in Pennsylvania, and President Erdogan has called for the U.S. to extradite him immediately.  Turks even protested in front of Fetullah Gulen’s home to show their support for President Erdogan and voice their allegations of the Cleric.

The Turkish Prime Minister asserted that any country standing with Gulen is at war with Turkey leaving no room for compromise. Meanwhile, President Erdogan insinuatingly remarked that the U.S. had never rejected a U.S. extradition request for “terrorists” and said, “if we are strategic partners, then you should honor our request.” Secretary Kerry has responded to this request by asking for any “legitimate evidence that withstands scrutiny” indicting Gulen but clearly this is just beginning of a difference of definitions and interpretations.

Given the still-evolving situation in Turkey, it's clear that in the short-term security and interests will supersede freedom and values in these turbulent times, therefore the U.S. must proceed with caution. There is a delicate balance between maintaining a strong partnership with Turkey, which is crucial for regional and international security, and sticking to U.S. ideals of democracy and support for civil society.

Yet even those opposing the AK Party do not want to see Turkish democratic progress revert, nor do they want to see an unstable and violence-ridden Turkey. The coup was negative for almost every member of Turkish society, and President Erdogan has thanked opposition party leaders for their condemnation creating a small window of opportunity. While this one point of convergence stands in contrast to Turkey’s polarized political climate, the overwhelming narrative now is focusing on renewed fears of increased authoritarianism. A strategic and nuanced American response must now capitalize on whatever little hope and common ground that exists in Turkey domestically. With a balanced understanding of Turkish domestic politics, and a belief that freedom and security are not mutually exclusive, there is still room to help turn the tide of the failed coup from a power paradigm that will only lead to further polarization, to democracy through pluralism.

Joshua W. Walker, PhD (@drjwalk) is a Transatlantic Fellow at the German Marshall Fund of the United States and formerly worked on Turkey for the U.S. State Department. Selma Bardakci (@selmabardakci) is an Atlas Corps Fellow from Turkey.