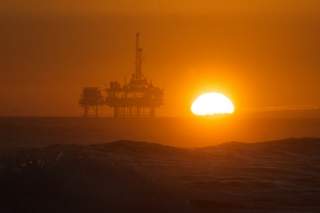 Oil-producing countries have been living a dream. In recent decades, most oil-producing countries saw their per-capita GDP not only expand but show a rate of growth above the global average. In other words, they were getting rich faster than the rest of the world. In terms of dollar-denominated GDP per capita, as crude prices peaked in 2011 Russia and Kazakhstan outstripped Malaysia and Turkey; Saudi Arabia and Equatorial Guinea nearly overtook South Korea; Kuwait shot ahead of Great Britain, while Qatar rose to rank as one of the three richest nations. The new generation of the petrostates' political elite has come to look on oil rent as a means to achieve all its goals. And yet, many experts will call the oil windfall a curse, not a blessing. A prosperity that is due to the sheer accident of owning large mineral resources rather than to technological prowess, investment and hard work has its downsides, including the degradation of political systems, the throttling of competition and the proliferation of populist fiscal policies.

An awakening from this dream is now inevitable. The future holds challenges for those countries that have cast their lot with the global oil market. There is little doubt that oil's transformation into an ordinary, non-rent-generating commodity is going to change the world.

The Invisible Hand against the Petroleum Leviathan

Over the course of human history many rent-generating commodities capable of enriching their owners have turned into ordinary products. Pricing becomes determined by production costs rather than scarcity value. The readiest example is land, which has seen the rent component of its price steadily decline over millennia and has thus gradually ceased to be the main cause of armed conflicts. Other cases include furs, which generated rent for Russia into the eighteenth century, and natural rubber, which fed the Amazon boom in the early 1900s.

Inevitably, technological progress reduced the scarcity value for many commodities. A rent-generating commodity could also suffer a fall in demand when a less expensive substitute of similar quality comes to the market. The story of natural and synthetic rubber is a prime example.

Another common scenario was when supply increased, such as when previously inaccessible deposits were brought on line or new resource-rich areas were discovered. This was how the exploration and settlement of North America decimated Russia's rent from the fur trade.

Oil is now subject to just such pressures from both demand and supply.

The weakening in oil demand has more to do with technological progress than with the slowdown in China’s economy, which has been the main growth driver for the world economy and oil consumption in the recent decades.

Indeed, economic growth and oil consumption have become more and more disconnected. Over the last fifteen years, average oil-consumption-to-GDP elasticity has been about 0.7 for China and even less for developed countries. A striking example is the U.S. where from 1980-2014 real GDP grew by 150 percent and oil consumption edged up only 11 percent. This is because modern economic growth is increasingly driven by more energy-efficient sectors. Even lower prices fail to boost oil's appeal to consumers who stand to gain more from improving energy efficiency than from saving on oil costs.

Moreover, huge investment has been made in alternative energy, natural gas and electric vehicle R&D. While not all this investment is viable at low crude prices, nonoil solutions in transport, energy and petrochemistry are sufficient to rein in oil-demand growth. These solutions are constantly becoming more efficient and competitive. This means that a business that only yesterday relied on government subsidies to survive will need no state money to make a profit tomorrow, even in a cheap-oil environment.

The supply side has changed even more dramatically. Although much more oil was pumped in 2014 than in 2007, the proven-reserves-to-production ratio increased from forty-nine to fifty-five years over that period. The advent of accessible shale oil alone added 50 percent to proven U.S. reserves. And this was not all “tough oil,” which can be economically recovered only at very high prices. At the start of the current oil market downturn, Moody's estimated that more than half of U.S. shale oil producers would stay profitable at $51/bbl. In the last year, this figure has become much lower. Unremitting competition-induced innovation has enhanced productivity and reduced costs. In fact, production costs at most shale oil wells eventually are likely to decline to $10–12/bbl (in current prices) due to technological breakthroughs.

Possible coordinated action by producers to curb supply and a ramp-up in Iranian production (which we are hearing so much about) could become important near-term factors. They are not, however, the drivers shaping new environmental and long-term trends. Technological innovation is chiefly responsible for the buyers’ market that will stay with us for years to come. This is making the development of a growing number of oil deposits economically viable at lower prices. And no analysis would be complete without a reference to the colossal $3.2 trillion poured into the oil industry in 2005-2014, nearly three times the amount invested over the previous decade (1995-2004). This investment should keep production going strong even at low prices. Private investment and innovation, as opposed to policies in big-oil producing countries, is increasingly determining supply. Thus, the influence of the Petroleum Leviathan—the handful of producing countries with the ability to exercise a heavy influence on the price of oil—will fall victim to the invisible hand of the market, which increasingly is armed with new oil extraction, energy-saving technologies and nonpetroleum solutions in transport, power generation and petrochemistry.

Who Stands to Lose Most

History shows that large oil and gas reserves do not necessarily secure happiness or success. In fact, oil riches may, in fact, be an obstacle to both. The vast majority of oil-producing states have paid for their windfalls with the entrenchment of authoritarian or populist left-wing regimes, repression of civil society and infringement of women's rights.

Only a third of oil-producing nations enjoy GDP per capita in excess of $10,000, while five (Angola, Iraq, Nigeria, Venezuela and Algeria) have failed to reach the $5,000 mark. In other words, although the petrostates as a group have outperformed the rest of the world in recent years, some of them have missed out on their chance. Abundant oil and gas, while always a good thing for the ruling elite, often fail to benefit the common people. And, of course, the less well-off will suffer most from a long-term decline in oil prices.

Theoretically, a government can make up for lower oil revenue by deploying the reserves accumulated in a sovereign wealth fund or by raising debt. About half of the oil-producing countries have built substantial reserves. Moreover, Norway (which learned the lesson of the 1986 oil slump and the subsequent banking crisis in the aftermath of which its reserve fund was set up), Kuwait and the UAE have all put aside enough money to tide them over a fairly long period of low oil prices or even nonexistent oil revenue. On the other hand, countries like Angola, Nigeria, Iraq, Venezuela, Mexico and Ecuador have too tiny a piggy-bank to compensate for revenue shortfalls in even the near term, while Russia and Algeria are vulnerable over the medium term. The least wealthy nations (by GDP per capita) have the smallest reserves, a result of the imprudent economic policies of their governments.

International borrowing is, as usual, easiest for countries that need it least. Saudi Arabia is a top example of this. The country should be able to raise cheap debt on the back of its strong credit rating. Mexico and Kazakhstan have some spare borrowing capacity, as does Azerbaijan. That country, however, is crippled by a colossal capital outflow (10 percent of GDP in 2014). Iran and Russia are prevented from tapping global markets by sanctions, while the other petroleum producers are hampered by low credit ratings and a lack of creditor and investor confidence.

Strong oil and gas earnings have fostered an illusion of omnipotence among the ruling regimes, prompting them to increase the government share of their economies. The government share has remained relatively small in only four petroleum states (Nigeria, Iran, Kazakhstan and Mexico) where the enlarged government budget stands at less than 30 percent of GDP. Elsewhere in the petrostate universe the figure is higher. This represents a hindrance to economic growth in medium-developed countries. The more oversized the budget, the greater the amount of commitments including social spending that is bundled into it and, consequently the more painful is an oil-induced decline in revenue.

The worst placed are those countries whose budgets are not only oversized but also unbalanced. Borrowing from their own central banks would spur inflation, while putting a heavier tax burden on an increasingly impoverished population would not be easy. The only way out of the squeeze is to cut spending, starting with capital expenditures. However, phasing out infrastructure and other mammoth projects that governments use to create jobs could cause mass unemployment and social unrest. Shrinking capital spending may also trigger infighting among the corrupt elite, as its major source of illicit enrichment dwindles.