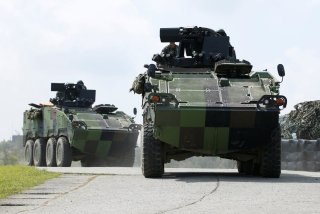 First, the two ruling parties in China and Taiwan, the Chinese Communist Party and Democratic Progressive Party respectively, should establish communication channels as soon as possible. No communication between the two leaderships would only increase the risk of miscommunication and misjudgment. Similarly, the United States and China should establish a joint high-level committee to meet regularly regarding Taiwan. This is an essential measure for conflict management.

Another possible measure involves the past exploration of an interim agreement between China and Taiwan. The most important content of the interim agreement is that Taiwan would not seek independence and China would not use force against Taiwan. The current situation would make such an agreement more meaningful because this agreement would play a positive role in mitigating the security dilemma.

Identity is also important for both sides across the strait. Therefore, any peacemaking efforts should address identity-based issues. It is furthermore important to understand each society’s perspective in order to inform policies across the Taiwan Strait tensions. If both sides realize that a potential war over Taiwan would not be affordable and that Taiwan is not defendable, guiding strong nationalism away from the edge of war could be much easier.

Considering its identity, Taiwan feels threatened and marginalized. Any greater role of Beijing will be seen as pushing against Taiwanese freedom and sense of national identity. While Taiwanese politicians are trying to address this issue as that of a young democracy trying to get rid of an authoritarian, dictatorial bully, the true motivation behind Taiwan’s actions and behavior in the recent past has been its independence movement. This movement is a product of the rising nationalism and populism in Taiwan. The growth of Taiwan’s national identity will continue to press China to act more assertively, as China sees reunification with Taiwan as an essential part of its “national rejuvenation,” a non-negotiable national objective. Those focusing solely on geopolitical analysis might believe that, owing to the United States’ greater protection and further armament of Taiwan, China may choose to yield and give up its invasion plan. But if one considers reasons pertaining to identity, one will understand that deterrence does not work when it comes to identity. This is also true for the Taiwanese as China’s coercion in the past decades has failed to make the Taiwanese change their identity.

If there is one recurring mistake that the United States makes when dealing with the rest of the world, it is to overlook the powerful role of group identity, culture, and worldview. The U.S. foreign policy community seems to be mistaking the source of the conflict concerning Taiwan. Instead of the simple narrative that it is a struggle between a democracy and a dictatorship, the Taiwan issue is an identity-based conflict. What most current analyses fail to understand is the exact reason why Taiwan is so important for China, why China wants Taiwan so vehemently, and what is it that the people of Taiwan really want. A central element of effective foreign policy planning is the ability to put oneself in another person’s shoes. Americans must therefore try to put themselves in the shoes of the Chinese or Taiwanese people.

It’s also wrong to assume that a conflict between China and Taiwan is inevitable. There still remains a large space for peacemaking between the two parties as there has been no hatred or violence between the two societies. Additionally, Taiwan and China are deeply linked economically. In 2020, Taiwan’s trade surplus with mainland China and Hong Kong amounted to $86.7 billion. Over 400,000 Taiwanese are also currently working in mainland China, operating many successful corporations and small businesses. Furthermore, the two sides also share the same language and culture as over 95 percent of Taiwan’s 24 million people are Han Chinese, while about 92 percent of the population of mainland China are also Han Chinese. More importantly, China currently still operates under the policy of prioritizing a peaceful reunification with Taiwan and has the strategic patience to wait for this to occur. For the Taiwanese people, various national polls suggest that the majority of the population prefer the status quo stability rather than rushing for independence. Therefore, if we begin to prepare for war, we will lose the opportunity to make peace and avoid mutually undesirable violence.

The Russo-Ukrainian War has brought down the curtain on the post-Cold War era. For the United States, Taiwan remains a central challenge in the post-Afghanistan and the post-Ukraine age. Instead of playing geopolitical thought exercises on how a war between China and Taiwan would serve interests, it is important to learn the right lessons from the Russo-Ukrainian War and recognize that there are no winners in war, and no losers in peace. Promoting pathways for peace is therefore the only rational choice for all the three parties.

Dr. Zheng Wang is the Director of the Center for Peace and Conflict Studies (CPCS) and Professor in the School of Diplomacy and International Relations at Seton Hall University.