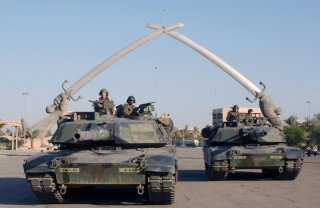 Just days into the ongoing Russo-Ukrainian War of 2022, Russian forces began a campaign to seize nuclear power plants throughout Ukraine. The Russian objective, most likely, is to establish control over much of the power supply in that country, which could be used as diplomatic leverage and to increase the pressure on the Ukrainian government. Securing the infamous Chernobyl Exclusion Zone, which lies on the route from Belarus to Kiev, was only the first phase in this strategy.

Last week, fighting in the south of the country resulted in the takeover of the (operational) Zaporizhzhia Nuclear Power Station—the largest power plant in Europe—after some kind of skirmish. Immediately upon the outbreak of the fighting, many international observers claimed the power plant was on fire. Russian media outlets agreed but claimed the Ukrainians had set the plant on fire to pin the chaos on the invading army. In the end, it turned out that the building struck by shell fire was a training center at some distance from the plant’s reactors. While immensely concerning, the actual events that transpired matched with neither narrative that originally contested the breaking story.

Following these reports came another back and forth, this time between Moscow and Washington: Russia accused Ukraine of harboring biological weapons facilities operated with U.S. direction, while the United States countered that Russian claims about such facilities were themselves a “false flag” in preparation for chemical weapons use by the desperate invading army.

These are just the most dramatic examples in an ongoing battle to control the narrative that is currently playing out across the media and especially social media. Unlike many other conflict zones, such as Yemen, smartphones are commonplace in Ukraine allowing all kinds of footage and internet posting to leak out of the combat zone. This creates a particularly muddied environment that makes it ever so difficult to uncover the facts on the ground and understand what is happening without being unduly manipulated. It is also a fertile ground for a perpetually recurring phenomenon of history: the false flag operation. Looking back into the past, it becomes easy to see how such contested narratives can shape the decisions of policymakers regardless of the facticity of the claims.

In 1731, the British brig Rebecca was sailing in the Caribbean waters near what is now the state of Florida. It was intercepted by the Spanish ship La Isabella and boarded under suspicion of being either a pirate or a smuggler. In the ensuing action, where the Spanish would determine that Rebecca was in fact a legitimate vessel under the flag of a then non-belligerent power, there was a confrontation between the two captains which ended up with Robert Jenkins’ ear sliced off with a sword stroke. The incident, just one in the generally chaotic maritime environment of the eighteenth-century Caribbean, failed to reach major prominence within the British government. That was, until eight years later when it became expedient to mention. So it was that in 1739 a faction in parliament that sought a naval war with Spain called Captain Jenkins to testify before them and help build their case. Jenkins, it was claimed by some, brought the preserved remains of his severed ear with him and the object was shown before the politicians who would decide the issue. “The War of Jenkin’s Ear” would hence commence—an indecisive but costly struggle that would eventually merge with the subsequent War of Austrian Succession years later.

This naval tussle, which was given its colorful name more than a century after it occurred, is merely a particularly macabre example of a common geopolitical trend: that of manufacturing consent for conflict or escalation by using the grievances of those victimized by foreign actors. The moving power of such examples was well understood throughout history and by various cultures as an advantageous tactic to help sway opinion when the governing elite was deliberating on adopting more hawkish policies. Saigo Takamori, one of the leading figures of the Meiji Restoration in nineteenth-century Japan, so desired a war with Korea in 1873 that he offered to go to that country as a special envoy and so thoroughly insult their royal court that they would have no choice but to have him assassinated, provoking a pretext for the Japanese government to declare war in response. The Meiji oligarchs, knowing their industrialization program had only just begun, wisely declined the offer. Saigo would fall to his death while leading a failed anti-reformist samurai rebellion just a few years later.

But the admiration among Japan’s romantic militarists for Saigo’s example would lead them to follow in his footsteps nearly sixty years later. In this latter attempt, however, they were successful. In what became known as the Mukden Incident, elements of the Japanese army stationed in their colonial economic concessions in China would engineer a false flag operation by detonating a bomb on the (Japanese-owned) railway network in Manchuria and blame it on the Chinese.

Elements of the Japanese army, in on the conspiracy from the start, immediately seized on this pretext to begin military operations—forcing the government in Tokyo, which had lost control of its own armed forces, to accept quietly this fait accompli of an invasion of northeastern China, or risk revealing the weakness of civilian leadership publicly. Japan would go on to conquer the region and establish as a puppet state called Manchukuo, which was ostensibly ruled by the last Qing Dynasty emperor Pu Yi but was de facto controlled by Japan and especially the primary architect of the Mukden Incident, Kenji Doihara—an unsavory character who would go on to fund this new phase of expansion into Asia’s interior through massive amounts of opium production and drug trafficking.

Fast forward to the twenty-first century, and we have seen multiple examples of “false flags” exploited in the interest of war. The phenomenon has been so pervasive, in fact, that it warrants more awareness and greater skepticism of it among policymakers. The most striking instance occurred in the run-up to the Iraq War in 2003, when not only did a number of establishment journalists depict Saddam Hussein as having nebulous ties to Al Qaeda (a known enemy of his), but they claimed also that he was in possession of a vast arsenal of weapons of mass destruction (WMDs) and planning to use them imminently against the United States. Needless to say, these claims were rapidly debunked shortly after the start of the U.S. invasion of Iraq. Middle Eastern states would see still more of such hyperbolic accusations: eight years later, widespread yet unsubstantiated press reports falsely claimed that Muammar el-Qaddafi’s army in Libya had been issued Viagra in order facilitate mass rape of his own populace.

Cases like this and others demonstrate that offensively minded states, especially democracies, prefer manufacturing consent for conflict using humanitarian pretexts when they expect domestic pushback against their geopolitical machinations. The less the population can see the immediate necessity of engaging in a conflict abroad, the more motive a conflict-seeking state (or specific military and intelligence actors within the state) has for creating a situation likely to manipulate the narrative in a way that makes the offensive look plausibly defensive and moral.

It is not coincidental that all of the historical examples cited above involved stronger states seeking to build consensus around military engagements in weaker, often smaller, states. After all, it would seem irrational and self-destructive for a weaker state—which should want to avoid war with a more powerful state—to deliberately engage in acts of provocation that are likely to be catastrophic for it and put in doubt its very survival. This would suggest that historically speaking, a good way to identify “false flags” is through juxtaposing it with the interests of the smaller state. To see if that is actually the case, however, we must consider the current global conflicts where such operations have been prevalent.

At the moment, there are two major conflict zones falling on opposite sides of the West-East geopolitical divide—with a “Jenkin’s Ears” pretext used to trigger them: Syria for the United States and its allies, and Ukraine for Russia (and perhaps Belarus).

The Syrian trigger occurred in 2013, when the world’s media was aglow with tales of the largest chemical weapons assault since the Iran-Iraq War in the 1980s: Eastern Ghouta had been hit by multiple rockets carrying deadly Sarin gas. Curiously, the frenzy occurred just after President Barack Obama had declared unequivocally that he would not involve the United States in the Syrian Civil War unless chemical weapons were used. The running assumption in most of the world’s media was that this attack had to have been launched by the Assad government. But intelligence agencies had already determined that both sides of the war had access to chemical weapons.

With opportunity having equal potential, what would be clarifying would be to examine the question of motive. Obama’s declaration gave Damascus every reason not to initiate a chemical attack. The corollary is that there was now plenty of motivation for the rebels to do so, especially since they sought foreign intervention to aid them. This suspicious timing of events and seemingly inverted motive in the official narrative was further called into question by a recent study, using open-source material, which determined that based on the available data there was a 96 percent probability that it was the rebels, and not the government, who had carried out the attack. This finding also calls into question at least some of the subsequent narratives promoted in Western media about chemical weapons usage in the war.