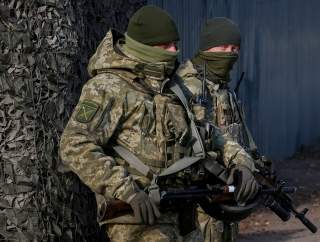 Since the 2014 Maidan Revolution and Russia’s invasion of Ukraine, the United States and its partners have provided billions of dollars of financial aid to Ukraine. But Ukraine doesn’t need more money from the United States. It’s a wealthy country. What Ukraine needs is America’s assistance in unleashing its own natural wealth, much of which is currently locked up in the country’s land.

Ukraine remains one of six nations in the world where selling land is forbidden. It shares this dubious distinction with North Korea, Cuba, Venezuela, Tajikistan, and the Democratic Republic of the Congo.

As newly inaugurated President Volodymyr Zelensky identifies priorities for his administration, the United States has an opportunity to support reforming Ukraine’s land ownership system. In addition to being valuable to Ukraine, doing so would be consistent with the Trump administration’s foreign assistance and development philosophy—rather than providing direct financial aid, the administration seeks to support U.S. partners in unshackling their own economies, making them both more self-sufficient and more prosperous.

The World Bank estimates that lifting the moratorium on land sales in Ukraine would add some $15 billion to Ukraine’s economy, more than 10 percent of the country’s annual GDP. Others estimate that effective land reform could generate up to $100 billion in foreign investment within years.

Once its potential is unleashed, Ukraine could become an agricultural superpower and a partner for the United States in ensuring global food security, while simultaneously earning Ukraine massive export revenues, creating new jobs, and attracting large amounts of foreign investment.

All of this potential raises the question: Why hasn’t Ukraine unleashed its agricultural potential, and why should the Trump administration act now to support land reform in Ukraine?

Eighteen years ago, the pro-Communist majority in Ukraine imposed a moratorium on the sale of land, which allowed farmers to rent land, but not buy it.  The Communist majority in the Ukrainian parliament is long gone, but populist forces that serve the interests of Ukrainian agro-oligarchs, along with lawmakers who act as proxies on behalf of Moscow preventing Ukraine from becoming a successful country, without fail extend this moratorium every year.  Their main argument revolves around the false narrative that if the moratorium were lifted, rich and predatory foreigners—whether Chinese, Arabs, or Americans—would buy up all of Ukraine’s land, leaving Ukrainian farmers dependent on the charity of foreigners to make a living and feed their families.

But Europe’s experience with land reform does not validate this fear.  Every post-Communist country in Europe has legalized the sale of agricultural land since the 1990s.  As a result, the price of land in these countries has gone up, and farmers have used the land as collateral to purchase modern equipment and fertilizer. The results are remarkable: average agricultural production in these countries has risen by 40 percent, and a robust rural middle class—previously non-existent—has emerged.  Moreover, foreigners have shown little interest in buying land in these countries.

In a recent speech, Zelensky declared: “This year we will definitely carry out land reform.”  Russian media, widely accessible in Ukraine, and pro-Russian politicians responded immediately with anti-land reform propaganda.  The reason for this Russian mobilization against Ukrainian land reform is clear: Moscow is not interested in having a prosperous neighbor with democratic values, and it will continue to look for ways to undermine Ukraine’s progress.

Ukraine’s new leadership is likely to face tremendous pressure from pro-Russian opponents of reform. It is time for the Trump administration to make American support for land reform a key component of its Ukraine policy, working to counterbalance the impact of Russia’s propaganda machine while also advancing U.S. national security and development goals. Ukraine doesn’t need money from the United States.  What it needs is America’s guidance, leadership, and counsel to make the country a more prosperous and self-reliant ally.