The Ukraine War and the New Global Liberal Order 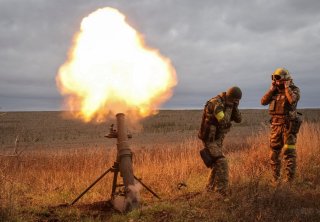 RUSSIA’S INVASION of Ukraine in February was a full-scale assault on the global liberal order that seeks to diminish war and promote democracy, human rights, and free trade. Harking back to an era of overt aggression and imperialism before 1945, Moscow launched a brutal campaign to conquer a weaker neighbor. But the war also triggered a massive Western effort to sanction Russia and aid Ukraine. Will the Russian invasion ultimately strengthen or weaken America and its allies?

To answer this question, we should distinguish between the international and domestic sources of liberal order. Internationally, the war has glued together the U.S.-led system of alliances and institutions. At the domestic American level, however, the glue has been much less evenly applied. The Russian threat is too distant and ambiguous to overcome deep-seated polarization in the United States or convince populist conservatives to invest in the liberal order. The Ukraine War has strengthened global order, but these gains remain vulnerable, and the weak spot lies within America.

After World War II, the United States and its partners constructed, in John Ikenberry’s words, “a multifaceted and sprawling international order, organized around economic openness, multilateral institutions, security cooperation and democratic solidarity.” That order aimed to create a virtuous cycle where a network of democracies would trade more and build more institutions, in turn entrenching representative government and free markets around the world, creating an expanding zone of peace.

Many forces spurred the global liberal order, from technological change to individual architects like Franklin Roosevelt and Harry Truman. The most important motor was threat, or the emergence in the 1940s of three dangerous great powers: Nazi Germany, Imperial Japan, and the Soviet Union. Kyle Lascurettes has shown in his book Orders of Exclusion that, over the centuries, international orders were often created to contain a threat, from the state sovereignty order after the Thirty Years’ War (designed to check the universalist claims of the Holy Roman Empire and the Papacy) and the Concert system after the Napoleonic Wars (which aimed to safeguard conservative monarchies), through the Wilsonian vision of national self-determination after World War I (a counter to the Bolshevik message).

In the same vein, in the 1940s, the grave peril from Berlin, Tokyo, and Moscow motivated the United States and its partners to put aside their differences, overcome the temptation to focus on domestic issues, and establish a global liberal order. The democracies had a choice: hang together or hang separately. Washington helped construct institutions like the United Nations (which began as a wartime alliance), the International Monetary Fund, the World Bank, and the North Atlantic Treaty Organization (NATO). The United States provided friendly states with access to the U.S. market, as well as economic aid through the Marshall Plan. In turn, the looming specter of the Red Army spurred allies to accept a prolonged American military presence on their soil and encouraged European states to integrate their economies in the European Community (which evolved into the European Union, or EU). All these initiatives had an idealistic hew, but none of them would have occurred without a security threat.

Extreme danger in the 1940s also transformed domestic U.S. politics. Americans cast aside interwar isolationism, supported the campaign in World War II as well as the global struggle against communism, rallied together in an exceptional era of bipartisanship, and backed a huge expansion of the federal government (which increased in size tenfold during World War II). The fascist and communist peril had a particularly powerful impact on American conservatives, who overcame their concerns about big government at home and ungrateful partners abroad and agreed to bear any burden to defeat the evildoer.

Ironically, the disappearance of the Soviet threat in 1991 may have undermined the global liberal order. Without the Red Army to focus minds, democracies around the world didn’t feel the same pressure to safeguard the system. Western states sometimes saw their former brothers-in-arms as freeloaders, and even disengaged from international institutions—for example, with Brexit. Americans lost interest in global order, prioritized problems at home, and then elected a president opposed to the order, Donald Trump. The end of the Soviet Union meant there would be no “end of history.”

Of course, threat is not automatically good for the global liberal order. The question is whether the adversary’s destructive acts outweigh the democracies’ constructive acts. And here, the ledger is rarely straightforward. For one thing, the guardians of the liberal order may violate liberal principles to overcome the danger—for example, when Washington undermined elected left-wing regimes or tried to assassinate foreign leaders during the Cold War. Since peril drives the order, these sharp-edged acts—or instances of outright hypocrisy—are a feature, not a bug.

Perhaps counterintuitively, smaller threats may end up doing more harm to the liberal order than bigger threats. Relatively ambiguous dangers can chip away at the system without spurring much order-building in return. For example, in 2014, Russia used “little green men” and hybrid warfare to instigate internal conflict in Ukraine and seize Crimea, without triggering a strong Western response (beyond largely symbolic economic sanctions against Russia and a few additional NATO forces in Eastern Europe). By contrast, massive threats, like the Nazis or the Soviets, can spur a new architecture of global governance.

HOW WILL the Ukraine War impact the liberal order? The destructive column in the ledger makes for stark reading. Three years ago, Russian president Vladimir Putin signaled his goal to revise or overthrow the global order: “the liberal idea has become obsolete.” Russia sought to build a partnership with China and other countries to challenge the American-led system and create a new multipolar world, which Moscow called an “objective process.” Russia’s invasion of Ukraine was a blatant violation of state sovereignty and norms against aggressive war. In September, Moscow carried out “sham” referendums in occupied territories of Ukraine and then annexed them as part of Russia. Moscow used its veto on the un Security Council to block action to end the war. At home, Putin crushed dissent and turned Russia into a police state.

Looking ahead, if Russia manages to hold onto captured Ukrainian territory, it could incentivize other countries to cast a greedy eye over neighboring lands. Even worse, Moscow’s potential employment of nuclear weapons in Ukraine might smash the taboo against their use and accelerate a global arms race. No wonder that historian Margaret MacMillan concluded: “We have moved already into a new and unstable era.”

But the constructive column in the ledger may prove even more significant. Internationally, the clarity of Russian aggression and the moral cause of Ukrainian resistance spurred remarkable solidarity among the stakeholders of the liberal order. Whereas Trump once castigated NATO as “obsolete,” and French president Emmanuel Macron said that NATO was becoming “brain dead,” Russian bellicosity gave the alliance a renewed sense of purpose. At the Madrid summit in June, NATO members approved a new strategic concept: “The Russian Federation poses the most significant and direct threat to Allies’ security.” NATO flexed its muscles to coordinate military support to Ukraine. The alliance deployed significant additional forces in Eastern Europe, including new multinational battlegroups in Bulgaria, Hungary, Romania, and Slovakia, representing, as NATO put it, “the biggest overhaul of Allied collective defense and deterrence since the Cold War.” European publics became more supportive of NATO and more likely to see the United States as a reliable partner. Russian aggression also spurred NATO expansion, as Finland and Sweden signed accession protocols to join the alliance (subject to ratification by the member countries), which will extend the coalition to thirty-two countries.

Alliances sometimes operate like a chain gang bound together at the ankle, stumbling forward at the pace of the slowest member. Turkey insisted on guarantees that Sweden and Finland would combat the Kurdistan Workers’ Party, or PKK, and other terrorist groups, before approving their entry into NATO. Aid to Ukraine has been uneven, for example, Poland has provided over ten times as much military support as France ($1.8 billion versus $160 million). Despite this friction, the Ukraine War has undoubtedly boosted NATO’s cohesion.

The war also reinvigorated the European Union, which financed billions of dollars in arms deliveries to Ukraine, shared the burden of settling Ukrainian refugees, agreed to a 15 percent voluntary reduction in natural gas in the winter of 2022, and offered Moldova and Ukraine a path to membership. Macron proposed a new institution—the European Political Community—or an outer layer of states in the European project, which might include countries on the road to EU membership like Ukraine, non-members like Switzerland, or ex-members like the United Kingdom.

Germany signaled it would become a more muscular defender of global order. For decades, Berlin tried to be a bridge between the West and Russia, the tie-back that stopped the Iron Curtain from falling. Following the invasion of Ukraine, Germany announced a Zeitenwende, or turning point, in its foreign policy, promising to reduce its reliance on Russian energy, halt the Nord Stream 2 pipeline from Russia to Germany, spend an extra €100 billion on defense, and send weapons to Ukraine. The turning point will take time, and Germans have agonized over which arms should be sent to Ukraine, but the scale of the shift is dramatic.