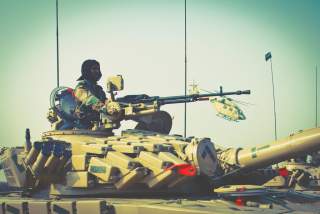 India recently commemorated its founding Prime Minister Jawaharlal Nehru’s 127th birth anniversary at a time when Nehru’s legacy is bitterly contested in the popular and academic domain in India, especially when contrasted with current Prime Minister Narendra Modi’s foreign policy. Spending much of the 1950s leavened by the solace of democracy, coupled with the benign spirited internationalism of Asianism and peace, the kindling fires of the Cold War remained a phantasmagoria for Nehru. A vast array of interconnected triggers imagined, then fabricated, in the mainspring of strategic board rooms of Washington and Kremlin shaped this era of ultimatums and show downs. The unintended accumulation of frontier fencing among Asian nations, accentuated by their simultaneous discovery of civilizational accents, initially shrouded the Cold War meta-doctrines of containment and encirclement. The contemporary era alchemy of modern industrial national strategy of war and diplomacy was still in the foundries of the newly independent India. The beginning by India was bold in intent with the Nehruvian order seeing India embracing the Cold War mined world with open arms. In hindsight, critics have cited lack of strategic due diligence as a hallmark of this era of Indian leadership. Nehru’s national interest assessments for India were contrarian at inception to the trending logic of balance of power theory of international politics. Like a wall of Doppler waves, PLA soldiers walking into Indian territory altered the military balance requirements in South Asia. The war emergency phase from October 1962 marked the beginning of Cold War drafts reaching New Delhi.

What do new declassified Cold War era documents tell us new about Nehru’s hour of trial — the 1962 Sino-Indian War? Much has been written about Nehru’s acts of strategic omission and commission compelled by the illusions of ideology he held. How did Nehru react to this “dark hour” in 1962? What concrete actions did he take and did this war change Nehru’s thinking on India’s role in the Cold War?

Nehru’s term was one of fluctuating fortunes. He echoed a global discourse on decolonization abroad that was very much part of constructing national identity at home, where his popularity sustained his vital engagements abroad. The international capital earned by Nehru was effaced in one shattering blow when the People’s Liberation Army marshalled brazenly deep into the Indian territories. The fundamental assumptions of Nehruvian statecraft reveal the limitations of abstract principles being applied to concrete strategic choices. Ideas were not understood for their intended and unintended consequences. Nehru does not appear to have assessed Cold War realities and remained rooted within the national independence struggle, seeking to establish a bloodless global revolution (“colour revolution”) led by the developing world.

In an instant, “helter-skeltered” Nehru opened talks with both the principal military powers to secure India’s immediate defense requirements. Washington was his first and perhaps his only preference. The twelve squadrons of fighter aircrafts requested of President Kennedy is enough to show that Nehru thought that the very integrity of India was endangered. A deeply vulnerable Nehru had called up Admiral Earl Mountbatten in the third week of the Sino-Indian war to seek his opinion on how far the Chinese would go into India. Nehru’s Cabinet Ministers were convinced that the Chinese would penetrate further afield, but Mountbatten told Nehru that the Chinese had come too far and would go back. One of the main issues in any account of the Sino-Indian conflict is the lack of use of air power by either side. History has shown that restraint by India’s leadership, strategists and military planners had mixed results for Indian security interests in the Cold War era.

Earl Mountbatten, who was also Commander in Chief of Allied forces in the Burma theater during WWII as Viceroy of India, returned briefly to India in May 1963 at Nehru’s invitation.  Nehru and his defense planners were keen to inquire into the experiences of Mountbatten as Commander in Chief during WWII operations in the area. The respect commanded by Mountbatten is apparent in discussions with Chief of Army Staff JN Chaudhuri, Chief of Air Staff A.M. Engineer along with the Defense Minister, Defense Secretary and other officials present. Mountbatten also brought his staff officers along for consultation meetings with the services. The Indian Air Force requirement for supersonic interceptor aircraft was raised by the Chief of Air Staff but Mountbatten insisted that the financial requirements of military assistance meant that only the most urgent items could be acquired, although it was up to the government of India to decide what best served their re-armament requirements. Mountbatten inquired whether the Indian Air Force had any plans for offensive operations involving the targeting of Chinese airfields to which Chief of Air Staff Engineer stateed that the Indian Air Force must “attack their airfields and neutralize their air bases.” The offensive bombing, in Mountbatten’s words, would require “every available Canberra and Hunter (to) smash their bases, destroy all their aircraft on the ground.” This level of offensive bombing would have to take into account the strengths of the Chinese air defense system. As Chair of Air Staff Engineer pointed out, large number of ack-acks had been placed by the Chinese in their forward areas, unmarked airstrips as well as camouflaged aircrafts in dug up positions. There was information on a Chinese airfield near the border but the Indian Air Force could not locate it. Thus, the risk of offensive bombing would entail the counter offensive capability of the Chinese air fleets given the weak air defense radar and electronics infrastructure on the ground in India. Aircraft could easily creep through narrow valleys in the North.

The report by Mountbatten gives a stark picture of overwhelming Chinese offensive capability in softening India before any negotiations. The talks between the Prime Minister and Mountbatten in 1963 reveal that there was an assessment that Chinese MIG-19s could air raid on an “axis nearer to Delhi with a view to causing uneasiness in the capital and bringing pressure on the Government to negotiate on Chinese terms” (Krishnamachari, Subject File 27, 1963). In such an “axis attack” the Chinese would use as many as 180 jet bombers, fifty light bombers, and sixty piston light with a total of 150 sorties a day. Jet light bombers could undertake tactical attacks against the NEFA and Ladakh-Kashmir-Jammu areas while “by day launch strategic jet light bombers against cities in Northern India including Calcutta” (Krishnamachari, Subject File 27, 1963). On the requirement of supersonic aircrafts, Mountbatten believed that the threat was subsonic and thus it would be better to equip Hunters and Gnats with air to air missiles, effective ground environment for air defense supplemented by all-weather fighters at a later stage. Mountbatten suggested a 47 Squadron force with 21 fighter/fighter bombers and three light bombers as well as sixteen Seahawk jet fighters for the naval air arm (Krishnamachari, Subject File 27, 1963). It was also known to the Indian Air Force that the Central Sector was vulnerable to the Chinese IL-28 Bomber fleet.

Nehru’s initial preference for Western military support to India is revealed also by the Kennedy administration’s decision to send the Seventh Fleet into Indian Ocean. Why did Nehru not object to General Maxwell Taylor’s proposal for the entry of four to five carriers of the Seventh Fleet into the Indian Ocean, thereby opening its waters to U.S. naval presence (and, within a couple years, nuclear presence)? The United States and India differed on the imminence of the Chinese threat to India and its possible scale. U.S.-India talks also show the loaded nature of the political conditions put forward by the U.S. authorities, not least among them was Indian involvement in Vietnam. Thus, at this early stage in post-1962 talks, Nehru did not show any special proclivity towards the Soviet Union and, in fact, he clearly tried to get umbrella security cover with Kennedy.

Minister for Economic and Defense Cooperation T. T Krishnamachari visited the United States in 1963 practically as Nehru’s wartime emissary. Secretary of Defense McNamara put to the Minister the possibility of U.S. reconnaissance planes getting intelligence on the level of the Chinese build-up along the Indian borders. However, the planes would require refueling in mid-air for distances to go into Tibet. The refueling planes would leave from Thailand bases but would need Indian airspace or a remote airfield in north east India dedicated for their planes. Nehru accepted the use of Indian air space but not the airfield. The Chinese build-up informed the level of military assistance the United States and other Western countries were required to supply for India’s defense. Pakistan was holding Border Agreement discussions with the Chinese and with its primary arms supplier, the United States, which was wary of letting go of its leverage over them. It may be noted that former U.S. Ambassador to India Chester Bowles, in a statement to the U.S. Congress in 1970-71, stated that the United States during these years was entirely motivated by the use of surveillance bases in Pakistan and this would explain to some extent why the Pentagon weighed in on any anxieties that Pakistan would develop on the possibility of Indian getting re-armed through the US/UK route.