The United States Must Compete to Innovate in 5G 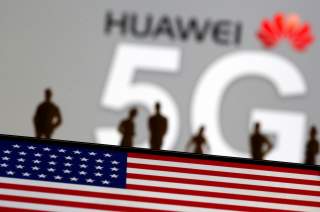 5G promises exciting possibilities and daunting challenges. This transformative technology will be critical to enabling the fourth industrial revolution, creating new industries and new possibilities, while perhaps providing trillions in economic dividends. At present, the United States seems to be situated in a position of relative disadvantage, while China appears to be poised to become a global leader in 5G. The claims by the Trump administration that the United States “is now leading the global race” for 5G should not obscure the reality of this challenge, nor will calls for “America First” in 5G contribute to the right policy choices. American leadership in 5G will depend upon a strategy that recognizes the criticality of not only actively investing in its deployment but also catalyzing new directions in innovation, while prioritizing security and deepening collaboration with allies and partners in the process.

5G is not merely a race to be won, nor should the objective of the United States be simply to deploy it “as soon as possible.” Instead, the deployment and realization of the full potential 5G will play out over at least a decade to come. 5G is not simply faster 4G, but rather creates a new paradigm for connectivity with very high speed, low latency and high throughput. Based on these characteristics, 5G will be integral to realizing the potential of the Internet of Things and promising applications of artificial intelligence, from remote surgeries to autonomous driving in smart cities. In this regard, 5G will become tantamount to critical infrastructure, because its disruption or exploitation could prove deeply damaging, even deadly. Consequently, security will be imperative, and talk of ‘racing’ for 5G risks undermining this critical foundation.

Today, the future of 5G is in jeopardy. Huawei has emerged as a national champion for China in 5G, and the company even claims to be the world’s “undisputed leader” in 5G. This behemoth could succeed in taking advantage of a critical first-mover advantage in this industry, and few American companies are presently well-positioned to compete.

There are real reasons to be wary. The ‘rise’ of Huawei has involved a range of incidents and distinctly negative externalities, from episodes of IP theft to allegations of espionage and cheating on security testing, that continue to be regularly exposed, along with apparent violations of U.S. laws and export controls. Despite serious security concerns, Huawei has rapidly expanded its global reach, now boasting a total of fifty 5G contracts worldwide. Such market consolidation is intensely concerning because it risks undermining the long-term viability and diversity of this ecosystem in ways that could result in a damaging monopoly.

Despite its bravado and ambitions, Huawei’s dominance in 5G is hardly a foregone conclusion. To date, Huawei has come to command over a third of the global telecom industry to date through undercutting and underbidding its rivals in price, enabled by billions in state subsidies in its quest to “stand on top of the world.” Upon closer examination, however, Huawei’s apparent advantages are not incontestable, nor is the current quality of its technology consistent with its narrative and marketing that it is “number one.” Moreover, it is important to recognize that what constitutes “5G” as a platform is still taking shape through a process of standards-setting.

Despite its prominence (and occasional shenanigans) in standards, Huawei is a major player but not the only leader in a process of research, development and standardization that remains an open and critical contest on many fronts.

It is encouraging that the United States is finally starting to focus on 5G as an imperative for American security and competitiveness. The FCC’s “5G Fast Plan” is intended to increase the availability of spectrum, update policies on infrastructure, and modernize regulations. There is also a new National Spectrum Strategy currently under development, which ought to address, in particular, the shortfalls in the availability of critical mid-band spectrum important to realizing 5G at scale. Congress is also seized of the issue, introducing a number of potential legislative initiatives. However, recent directions in U.S. policy have primarily concentrated on measures that are more reactive and defensive in nature, including excluding Huawei and designating it on the Entity List in what could prove to be a Pyrrhic victory, given the potential collateral damage to American companies. Meanwhile, ongoing controversies about Huawei do involve serious concerns but also can risk distracting from the core issues at stake, which will require creating and promoting viable alternatives.

The United States must pursue a strategy for 5G that is commensurate with its strategic significance. Such an approach must be proactive in efforts not only to promote 5G deployment but also stimulate research and development to create innovative alternatives that might disrupt the current status quo in the industry. U.S. policies must also be international and collaborative in their orientation, including to create more of a comprehensive framework for security.

First and foremost, the United States should recognize 5G as a critical enabler of future American competitiveness by elevating it as a strategic priority. For Americans to realize the promise of 5G will likely require significant investments and capital expenditures on the underlying infrastructure for its deployment. Today, China is rapidly mobilizing for nationwide deployment of 5G, outspending the United States by tens, even hundreds, of billions in the process. U.S. policy ought not to envy or seek to emulate this state-driven approach, but rather recognize that supporting infrastructure development is equally an American tradition. The White House could launch an initiative through which cities or states and companies could develop proposals and receive funding to launch 5G pilots and projects for smart cities based on a combination of private and government investment. The U.S. government also should stimulate 5G deployment through procurement, including for military bases and training facilities that might pilot initial defense applications. Potentially, a model of public-private partnership could include new ‘5G incubators’ to provide a testbed for start-ups that are looking to pursue new commercial applications of 5G.

Looking forward, the United States must catalyze new directions in innovation in 5G.

The U.S. government must increase funding for research and development in 5G and towards ‘6G’ and beyond. This support for basic and applied research could extend to the establishment of new centers of excellence for advanced telecommunications at selected universities. At the same time, U.S. policy can contribute to supporting and incentivizing companies to redouble their own research through incentives, such as tax credits. Current initiatives like DARPA’s Spectrum Collaboration Challenge is an excellent example of an initiative that has contributed to important advances in techniques for spectrum sharing, an urgent issue for 5G, including the use of AI to improve adaptability. Future challenges might pursue new security solutions and alternative architectures that leverage greater virtualization to disrupt the current paradigm, which relies more on hardware and favors players that, like Huawei, are vertically integrated. At the same time, new venture capital initiatives could leverage governmental investment as seed funding to support high-risk, high-potential start-ups that explore novel approaches for such advanced connectivity, but may not yet be viable commercially. Such attempts to advance innovation should concentrate on collaboration that must be global, recognizing that many of the critical companies and cutting-edge research happening are beyond the borders of the United States.

Concurrently, U.S. policy should concentrate on security from the start. For 5G, the exclusion of high-risk vendors, such as Huawei, has been a key step to that end, given the persistent insecurity of its products, but that is only a start. The efforts of cyber threat actors and potential adversaries to attack U.S. critical infrastructure will likely attempt to exploit vendors that may seem more ‘trustworthy.’ Notably, according to recent reporting, China’s state hackers have been seeking out security vulnerabilities in equipment from its rivals Nokia and Ericsson, which have been used in an attempt to cheat in security testing. The United States should implement equally rigorous security screening for all vendors and carriers, while promoting active collaboration between industry and government stakeholders on options for risk mitigation, including improved information sharing. In the process, new automated techniques for the screening of supply chains and detection of potential vulnerabilities should be actively employed. Indeed, the continued evolution of 5G will require and leverage advances in AI. As the threats of insecurity in U.S. critical infrastructure continue to mount—and multiply with the complexities introduced by 5G and the connectivity among IoT devices that it will enable—America needs a paradigm shift on cyber security, and urgently. It will be critical to explore and expand opportunities to cooperate and share best practices and threat information with allies and partners in like-minded countries and companies to progress towards a more secure future.

The stakes are high in 5G today. 5G presents unique opportunities and unparalleled challenges for American competitiveness. The advent of 5G could shift the global center of gravity for growth and innovation. The Chinese government clearly recognizes the strategic significance of pursuing a first-mover advantage in this new frontier. However, the United States has been slower to take action, and playing defense and responding reactively to Chinese initiatives is not enough. There is still time for the United States to invest and catalyze the healthy competition and innovation that are so critical to our 5G future.