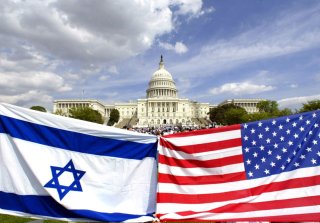 A recent Heritage Foundation study found strong anti-Israel bias in the social media posts of “Diversity, Equity and Inclusion” (DEI) officials at colleges and universities throughout the United States. These officials criticize Israel far more frequently and far more severely than they do China. Their posts about Israel exceed those mentioning China by a factor of three, and almost all of their statements about Israel express condemnation, whereas nearly two-thirds of their comments on China convey praise.

These disturbing findings should surprise no one. U.S. campuses have become hotbeds of hostility toward the state of Israel as well as toward the idea of American exceptionalism, and in the radical religion of the campus, far-left professors are the priests and DEI officers are the choir.

This religion has its orthodoxies: America is systemically racist and defined by perpetual struggle of oppressed against oppressors; “white privilege”—for which Jews should be regarded as an exemplar—is a chief source of oppression, and status-based intersectional categories of victimhood confer both justness and entitlement. Under this neo-Marxist paradigm, there is no hint of irony when officials putatively devoted to fostering “diversity” and “inclusion” instead promote hostility toward Israel or regard as obnoxious the idea that the allegedly privileged Jewish people have a right to national self-determination in their ancient homeland.

Alas, this nonsense is not confined to classroom discussions or social media posts. DEI training sessions have resulted in complaints of discrimination against Jews, and radicalized students indoctrinated in this ideology have made campus life more and more unbearable for their Jewish and pro-Israel peers.

A recent poll of students active in Jewish organizations on campus found that 65 percent felt unsafe on campus because of physical or verbal attacks. Half felt the need to conceal their Jewish identity or support for Israel for the sake of their safety. In response to widespread harassment and discrimination directed toward Jewish students, President Donald Trump issued an executive order reiterating that Title VI of the Civil Rights Act protects Jews—just as every other race, color, national origin, and ethnicity—from discrimination at taxpayer-funded universities.

The anti-Semitism infesting many college campuses goes far beyond hate speech. Take the complaint filed by the Louis D. Brandeis Center for Human Rights Under Law on behalf of Jewish students at the University of Chicago Illinois at Urbana-Champaign. It cited numerous cases of pervasive anti-Semitic activity on campus, including criminal activity such as thefts overtly targeting Jews, car vandalism, and other property damage. Universities have a legal and moral duty to prevent such criminality and to respond when it occurs.

The poisonous environment at universities is a global phenomenon. During his previous diplomatic role, one of the authors of the Heritage Foundation study represented the United States in meetings with European Jewish student leaders. Like those in North America, Jewish and pro-Israel students in Europe report a campus climate of open hostility—one so bad that in many cases, they have had to conceal their identity.

From Berlin to Berkeley, many students feel they must purchase their personal safety on campus at the price of divorce from a key part of their Jewish identity, namely, a sense of Jewish peoplehood and a connection with the Jewish homeland. These students feel their university’s environment is telling them: Extirpate Israel and Zionism from your identity, and you’ll go unmolested on your campus; express the contrary at your peril.

Coercing Jews to abandon key aspects of their ethnic or religious identity is nothing new. In fact, it has a name: Anti-Semitism. Former Secretary of State Mike Pompeo set forth this basic truth in the clearest terms. “Let me go on the record,” he declared, “anti-Zionism is antisemitism.” Pompeo also rightly recognized that the Boycott, Divestment, and Sanctions (BDS) movement, which runs rampant on campuses and isolates Jewish students, is anti-Semitic.

Fortunately, there are specific steps our schools can take to correct course and restore sanity to campus.

First, universities and school districts should adopt the standard definition of anti-Semitism put forth by the International Holocaust Remembrance Alliance (IHRA). This “Working Definition of Antisemitism” has been adopted and promoted by the State Department through multiple administrations and is used by other agencies of the federal government. It has also been adopted globally, by thirty-five countries, over 250 provinces and cities and more than 350 educational institutions and other organizations. The IHRA Working Definition sets forth eleven “contemporary examples” of anti-Semitism. These capture both traditional manifestations of Jew-hatred and the more modern targeting of Israel and Zionism.

The IHRA Working Definition of Antisemitism is a tool of education, not censorship. Its adoption by universities and schools, and critically, its incorporation into educational programs and training, will promote understanding of Israel-hatred and other forms of anti-Semitism. By properly defining and recognizing anti-Semitism, universities will also be better equipped to respond to antisemitic incidents.

Second, universities should dramatically reduce the ever-multiplying throngs of DEI officers. A Heritage survey of sixty-five major universities revealed an average of forty-five DEI staff at each, with 163 at the University of Michigan. Overall, DEI personnel outnumbered staff focused on assisting those with disabilities (ADA compliance) by 4.2 to 1. At the University of North Carolina, Chapel Hill, DEI staff outnumbered those focused on students with disabilities by 13.3 to 1. On average, the universities employed 3.4 DEI staff for every 100 tenured or tenure-track professors.

Third, universities should strive—or be required by donors and alumni to strive—for greater ideological balance in their faculty and programs. Genuine “diversity” requires diversity of background and viewpoint. Universities should also evaluate the current state of ideological bias among their faculty and programs. Across the U.S., programs at universities—especially in Middle Eastern Studies Departments—promote blatant anti-American and anti-Israel viewpoints, whitewashing terrorism and suppressing alternative views.

Fourth, universities should find ways to celebrate the contributions of the Jewish people, Jewish history, and the values of Judaism that have contributed so much to the United States and to civilization itself. Since 1980, every president of the United States has declared a period of time for doing exactly this. Each May is presidentially designated as Jewish American Heritage Month, but unlike similar months dedicated to Blacks, Hispanics, and other ethnic groups, there is little programming, educational materials, or awareness of Jewish American Heritage Month. At a time when America’s Jewish heritage is under assault, there is no excuse for neglect.

Let no one imagine that the indoctrination students receive on campus will not affect them when they enter the business world, civil society, or government. A British member of parliament (MP) who fled Jeremy Corbyn’s anti-Semitic Labour Party explained to one of the Heritage study’s authors that the Corbyn disaster was bred on Britain’s university campuses. Nothing was done, said the former Labour MP, because campus culture was dismissed as a matter only for students. When the disease crept into the Labour Party, it was again dismissed, this time as simply the rantings of a far-left fringe. “Finally,” said the MP, “they won; we lost, and I no longer have a political party.”

As Americans, our future depends on the steps we take to correct this today.

Elan S. Carr is a former U.S. special envoy to monitor and combat antisemitism and a visiting fellow at Heritage.

Adam Milstein is the co-founder of the Israeli-American Council, where he serves as a board member and chairman emeritus.