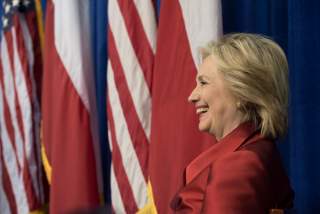 It takes a great deal of skill to run an effective congressional investigation without the buy-in of both major parties. Even under the best of circumstances, the public hearings are likely to descend into speechmaking and preening just because of the nature of Congress.

House Benghazi Select Committee Chairman Trey Gowdy has that skill, but few of his Republican colleagues share it. When only one party is committed to pursuing an investigation, the hearings by definition become partisan and almost inevitably descend into finger-pointing. That’s what the public saw when Hillary Clinton spent the better part of a day testifying on Benghazi.

This has been a good two weeks for Clinton. She dominated the first Democratic debate, outperforming opponents who were mostly not in her league or barely willing to challenge her. Vice President Joe Biden has decided not to run and two of the five declared major Democratic candidates have dropped out of the race. Now she has emerged from the much-anticipated Benghazi hearings mostly unscathed.

These hearings were doomed the moment House Majority Leader Kevin McCarthy opened his mouth and let the assertion that this was an exercise in driving down Clinton’s poll numbers come out. The standard Clinton defense against any allegations of wrongdoing or error is to blame the vast right-wing conspiracy. That’s been a hard argument to make this year, since Clinton’s antagonists have included the notoriously conservative New York Times.

Benghazi has been the Clinton story the media has been least interested in after previous investigations came up empty and McCarthy’s comments reinforced Clinton’s talking points more than anything her surrogates and sycophants ever could have said.

Committee Democrats behaved as if they were members of Clinton’s PR and legal teams, repeatedly apologizing for their Republican colleagues having the temerity to question the former secretary of state and current Democratic frontrunner. Rep. Linda Sanchez, D-Calif., was particularly egregious in this regard. Ranking Democrat Elijah Cummings bailed Clinton out with some well-timed disruptions.

Tammy Duckworth was an honorable exception as a Democrat on the committee who mostly asked probing and substantive, as opposed to fawning and obsequious, questions.

Although the façade showed cracks toward the end of the day, Clinton was mostly confident and effective. There was a bizarre exchange with Alabama Republican Martha Roby when Clinton burst out laughing at the question about whether she was alone “all night” after learning of the consulate attacks. She also seemed rattled by some questions by Illinois Rep. Pete Roskam, R-Ill.

Overall, Clinton made it out of the hearing without any major contradictions or damaging sound bites like “At this point, what difference does it makes?”

Gowdy and company have made a compelling case that Clinton was a prime mover behind the military intervention in Libya; that she was interested in taking credit when things were going well and avoiding blame once conditions deteriorated; that it was easier for Sidney Blumenthal to have Clinton air his concerns to the administration than it was for Ambassador Chris Stevens as he made repeated security requests; that the claims about a YouTube video in the aftermath of the Benghazi attack were knowingly mendacious, not just the product of confusion in the fog of war; and that Clinton’s repeated assurances that she takes full responsibility don’t mean anything in practice.

All of this is damning in the context of four dead Americans. But if you are inclined to give Clinton the benefit of the doubt, then it is also all easily dismissed as parsing and politics as usual.

Clinton’s unorthodox email arrangement at the State Department is arguably the Benghazi committee’s biggest revelation. But the email talk has paradoxically detracted from attention paid to the important Benghazi points above.

As Republican strategist Rick Wilson has observed, “Short of an indictment (which from Obama’s Justice Department strikes this cynic as the remotest of possibilities) or some smoking-gun piece of evidence from the FBI’s efforts to recover the entire corpus of her emails from the servers, this hearing is the end of the line in the investigation.”

The real scandal is that Clinton and Barack Obama launched a disastrous war in Libya without congressional authorization, one they continue to hail as a model exercise in American “smart power,” that made nearly everything worse for the Libya people and failed to advance U.S. national interests. Benghazi was one of many tragedies that unfolded as a result.

All Clinton and Obama learned from the Iraq war is that you can avoid paying the political consequences for a war if you are insulated by allies and keep American boots off the ground. They did not learn anything about how toppling secular dictators frequently produces chaos and unleashes jihadist forces that are far more dangerous to Americans than aging tyrants struggling to maintain power in their own countries.

Congressional Republicans cannot hold hearings on this because so few of them have learned these lessons from Iraq and Libya either.