Is a U.S.-China Trade Deal Possible? 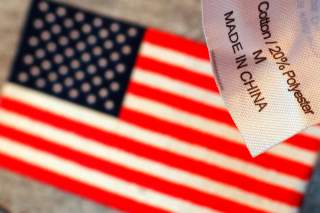 Small wonder that President Donald Trump has been expressing impatience with the pace of U.S.-China trade talks: Washington and Beijing have been in negotiations for over two years now.

The results so far have been an increase in the cost of traded goods between the United States and China—an increase that has created an immeasurable amount of uncertainty in the global economy. And despite efforts by the Trump and Xi administrations to continue negotiations, the threat of higher tariffs continues to linger.

American officials insist there has been significant progress since a U.S.-China deal fell apart in May. But there remain several key hurdles in the way of getting to a final agreement.

U.S. negotiators need to realize that Beijing would prefer for its reforms stay outside of the context of the negotiations. Chinese negotiators, for their part, should be aware that while the United States can remove its tariffs, it is hesitant to give up its leverage to compel compliance when China’s reforms could take months, if not longer, to confirm.

Meanwhile, the longer both governments continue to keep tariffs, the longer it’ll be a self-inflicting tax on both country’s economies.

The Trump administration has been clear since coming into office that it will continue to use tariffs as a negotiating tool to get China to reform the U.S.-China economic relationship.

However, it has never been clear what the administration really wants from China.

On August 14, 2017, President Trump instructed the Office of the U.S. Trade Representative to investigate China’s bad behaviors. It found that China’s regulations and practices:

USTR found these practices cost the U.S. economy $50 billion a year. So the Trump administration has rightly continued to engage with China to reform these practices.

However, over the last year, the demands of U.S. negotiators have changed, adding more demands while increasing tariffs.

U.S. demands have come to include commitments for Beijing to purchase large amounts of U.S. agricultural products like soybeans, to intervene in the value of China’s currency, to stop the export of opioid drugs like Fentanyl, and to reduce the U.S. trade deficit with China by as much as $200 billion a year.

China’s position over the last year has been to reciprocate any U.S. tariffs with tariffs of its own on U.S. products coming into China. Beijing has imposed tariffs ranging between 5 percent and 25 percent on almost $110 billion worth of U.S. goods. And its number-one ask of any deal is that the U.S. remove its tariffs on day one of any deal.

Beijing would also have no problem buying more U.S. agricultural and farm products, especially as swine flu and worm infestations have significantly destroyed China’s pork and crop industry this year.

But despite any purchases Beijing makes likely going through state-owned companies—like the China Grain Reserves Corporation (Sinograin) and China National Cereals, Oils, and Foodstuffs Corporation—officials have made clear they’re only willing to make as many purchases as Chinese domestic demand requires.

Beijing is also willing to make additional structural reforms but would prefer to do so outside of the context of trade negotiations.

This year, China’s National Congress passed legislation that would treat U.S. investment equal to any Chinese investment. However, this law doesn’t go into effect until Jan. 1, 2020, and there are still foreign investment and market access restrictions in China. There are also the National Intelligence and Cyber Security laws that could allow the Chinese government access to U.S. intellectual property. Beijing has stated that any reform of these laws, as a part of negotiations, could bring into question its own legislative independence.

What the Negotiations Are Not

Despite the gradual shift in priorities for the U.S.-China talks, these efforts are still very limited to trade and investment restrictions. That means a deal won’t (and shouldn’t) include references to China’s human rights abuses, diminish China’s investment in its military buildup or restructure China’s relationship with other countries.

It’s important for lawmakers to understand that any deal made between the United States and China is not covered under the Trade Promotion Authority. That means any deal won’t require comprehensive congressional approval.

The Next Few Months

The Trump administration has additional tariffs planned for October and December. And Beijing will likely reciprocate with tariffs of its own, like it’s done the last year. Both sides should end this tit-for-tat tariff cycle.

If Washington needs a short phase out period of limited tariffs as a part of enforcement, then Beijing should be willing to accept that. Knowing Washington has committed to removing these tariffs is better than no deal.

Washington should accept that Beijing can make structural reforms, but that much of it will have to be outside of the negotiation process. We can only have input on those reforms if we continue to be formally engaged with China.

The conflicts that exist in the U.S.-China relationship won’t end with a trade deal. Nor will the trade negotiations be able to solve every complaint the U.S. has regarding Beijing’s bad behaviors.

Both Washington and Beijing can reach a deal, but only if both sides take a more realistic negotiating position.

Riley Walters is a policy analyst for Asia economy and technology in the Asian Studies Center at The Heritage Foundation.