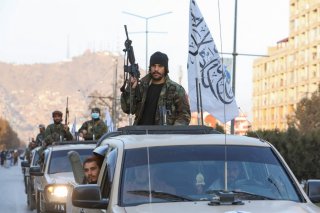 The Biden administration is less than a month away from convening its Summit for Democracy, where heads of state and civil society representatives will try to advance commitments that deepen democratic values and address the growing rise of authoritarianism globally.

The event comes on the heels of America’s withdrawal from Afghanistan and, with it, abandoning that country’s democracy advocates. Whether the pullout was the correct strategic decision will not be clear for years; What is evident now, however, is that leaving Afghanistan’s vulnerable populations to a repressive Taliban regime casts a dark shadow over next month’s high-level gathering.

Civil society activists slated for summitry in December are likely looking at events in Kabul or Kandahar and asking themselves: will the United States, despite lofty statements, actually stay committed to our struggle? Democratic solidarity is meaningless if the international community does not stand by frontline activists facing down the barrel of a gun.

If the United States is to strengthen democracy overseas—something the White House purports is central to its foreign policy—it must quickly address this credibility problem.

Below, we outline steps the administration can take—on Afghanistan and its broader approach to standing with democratic activists—to reaffirm American leadership in this space. Doing so is essential to girding activists for the often long-slog of democratic transitions and steeling them against authoritarian overtures from the likes of China and Russia.

President Joe Biden recognizes that individuals are the keystone to democratic struggle the world over, telling the UN General Assembly in September that: “The democratic world… lives in the anti-corruption activists, the human rights defenders, the journalists, the peace protestors on the frontlines of this struggle.”

Such words from the world’s most powerful person likely put wind in the sails of activists striving to push back on authoritarian regimes. But rhetoric is easy. Absent consequences or resources, it does not stall the hand of thugs repressing their citizens and increasingly working together to outsmart the world’s democracies.

If the United States is to turn rhetoric into progress toward democracy—from Belarus to Myanmar, Venezuela to Sudan—it must begin by doing all it can to save Afghanistan’s freedom fighters.

For months, many have called upon the Biden administration to safely evacuate at-risk Afghans who worked alongside the United States over the last twenty years to build a peaceful, democratic, rights-respecting Afghanistan. Thousands of our colleagues and partners seeking evacuation, along with their families, were left behind when the last U.S. military flight departed Hamid Karzai International Airport.

Due to the Department of State’s years-old interpretation of who qualifies for the Special Immigrant Visa (SIV) program, only those who worked on U.S.-funded contracts (as opposed to grants and cooperative agreements) are a U.S. priority for evacuation. In the eyes of the Taliban, it does not matter what U.S. procurement vehicle someone was employed under, only that he or she worked to advance values that are anathema to the Taliban’s positions. The president must make good on his August 31 remarks: “We will continue to work to help more people leave the country who are at risk. And we’re far from done.” This means evacuating all U.S. partners.

Yet the credibility conundrum extends beyond U.S. failings in Afghanistan. For decades, the United States has issued statements affirming that America stands with the people of a given country seeking a better future in the face of a totalitarian regime—and then not matched said words with forceful diplomacy or sufficient foreign assistance resources. This disconnect between words and action has become particularly pronounced since Biden took office in January.

The White House needs to move quickly to close the credibility gap. The first step it should take is to broaden the U.S. democracy promotion diplomacy playbook. This involves going beyond sanctions to include other steps that can restrain authoritarian behavior. No matter how far the United States ratchets sanctions, this shop-worn tool seldom has its intended effect. The prolonged stalemate in Venezuela, with dual sovereignty playing out, and the murderous Assad regime’s persistence in Syria—among many other examples—show that sanctions often do little to change the reality on the ground. The United States and Europe should not do away with this tool, but must consider more consequential costs to punish regimes who make their people suffer.

Taking more bold actions starts by forcefully backing an international norm—the “Right to Assist”—which holds that the United States and other supporting countries have the right to help activists struggling for a better democratic future. This norm, which would (re)legitimize a range of forms of external support to nonviolent pro-democracy movements, is based on the premise that sovereignty is rooted in the consent of the governed, which authoritarians do not have (and therefore do not enjoy the same sovereign status as other nations).

As a second step to close the credibility gap, the United States and allies, rooted in this norm, should deploy practical new options—in addition to the standard suite of economic sanctions—for inducing behavioral change by repressive regimes. This could involve targeted efforts to deny regimes support from other autocratic partners, whose assistance often underwrites a regime’s ability to suppress domestic resistance. The United States—with and through a coalition of democracies, like the D-10, which it should formalize—should levy calibrated threats to hold accountable officials that participate in violent repression against civilians. Allies can do so by making clear, both publicly and privately, that such repression will have meaningful consequences, including arrest when traveling abroad. Going further, the United States and its allies should consider new forms of intervention to help prevent repression that do not require a sustained commitment of military force. These forms of intervention should be calibrated to meet the severity of infractions, but also be sufficiently forceful to alter regime behavior. Sophisticated cyber-attacks onto the responsible regime’s infrastructure could serve as a useful deterrent.

While the Summit for Democracy will issue a rallying cry for freedom and democracy defenders everywhere, actions—not rhetoric—are needed to rebuild trust and restore this administration’s credibility in the eyes of those who risk their lives for democratic progress. Failure to act will undoubtedly signal that the United States is not up to the task of leading the free world during what Biden himself has referred to as an “inflection point” between democracy and autocracy.

Katie LaRoque is InterAction’s Senior Manager for Democracy, Rights, and Governance, where she leads a coalition of nine leading U.S. democracy assistance organizations in collective advocacy to the Hill and Biden administration. Katie is a Penn Kemble Fellow at the National Endowment for Democracy and previously worked on the Eurasia region with the International Republican Institute (IRI).

Patrick W. Quirk is Senior Director for Strategy, Research, and the Center for Global Impact at IRI, a Nonresident Senior Fellow in the Atlantic Council's Scowcroft Center for Strategy and Security, and an Adjunct Professor at Georgetown University. Previously, he served on the U.S. Secretary of State’s Policy Planning Staff.