In U.S. Foreign Policy, Is It Time to Kill All the Lawyers? 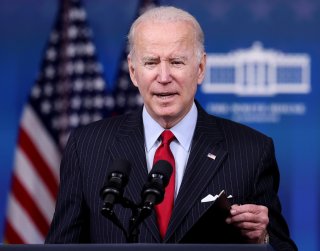 U.S. foreign policy is run by lawyers. At the Cato Institute, we examined the terminal degrees of all cabinet-level foreign policy officials since 1945—secretaries of state and war/defense, CIA directors, national security advisors, UN ambassadors, secretaries of Homeland Security, and directors of national intelligence—and found that of these 157 individuals, fifty-five (or 35 percent) held a JD/LLB as their highest educational achievement, whereas just sixteen (or 10 percent) held history or political science PhDs.

Why do American politicians prefer having lawyers run foreign policy, rather than historians or political scientists? Should they? The answers aren’t obvious.

First, it’s important to admit that much of this may not be by design. There’s an endogeneity question right away: law degrees are overrepresented among politicians, and politicians frequently wind up in cabinet national security positions. Also, a law degree is a decent filter to demonstrate that someone has basic smarts: reading comprehension and writing skills. (Insert your own joke here.) So, it may not be the case that each administration necessarily sets out to find lawyers to run foreign policy; there just happen to be an awful lot of lawyers scurrying around DC.

One should also add that there are accomplished political scientists among the deputies in the Biden administration. Colin Kahl, Mara Karlin, Rebecca Lissner, Mira Rapp-Hooper, and Ely Ratner all fit in this category. So, we have to grant the idea that the insights of social scientists may be percolating up to the principals level via their deputies.

Substantively, though, one reason you may want lawyers running things is that lawyers are trained as arguers for hire: legal education involves learning logic and formal argument within the confines of written laws. Since U.S. grand strategy changes so infrequently, and since the arguments that surround it are so narrow, arguing may be a more useful skill than the explanation and analysis privileged by social science. Moreover, legal training gives these policymakers contacts in and knowledge adjacent to international law. This is important because the United States frequently has occasion to argue that its behavior doesn’t violate international law. As John Mearsheimer recently observed, “When the United States violates international law, it goes to a law school and finds a bunch of clever law professors to explain why violating international law is not really violating international law.”

Second, it may be the case that social science has made itself irrelevant to U.S. foreign policy. For example, in his recent book, Michael Desch argues that “the privileging of complex methods and universal models over engaging substantive issues… reduced the policy relevance of the work of many academic defense intellectuals.” In other words, by emphasizing difficult quantitative and formal methods, political scientists have turned off policymakers, who can’t make sense of the methods and don’t care about the questions.

In a review of Desch, however, I point out that this argument cannot explain policymakers’ indifference to social science. There is a ton of well-written, qualitative political science and history dealing with relevant subjects that policymakers could read, understand, and profit from. The problem is that much of this research—and its authors—don’t tell policymakers what they want to hear. The fact that think tanks have replaced social science as advisers to government suggests that policymakers don’t seek guidance from research, but rather, support.

Finally, social scientists may excel at analysis but lack the skills for implementation. Not everybody who can throw a great dinner party can survive a shift on the line at a busy restaurant. Similarly, while academics may be great at identifying patterns in international politics, they may not be able to run the bureaucracy that makes the history. If this were the case, though, one would want to see a theory of why lawyers can do it better. The social scientists who have served in these roles—Brent Scowcroft, Jeane Kirkpatrick, Robert Gates, and, more than anyone, Henry Kissinger—were very effective bureaucrats. The politics of the faculty lounge seems to be a good enough training ground for bureaucrats.

Beyond the question of why politicians seem to prefer lawyers for these jobs lies the question of whether they should. Do students of international politics have anything to contribute to the practice of foreign policy?

It is difficult to tell if you only look at the PhDs who serve in government. They, like their lawyer colleagues, tend to be selected based on their agreement with government policy. But if you look at where social science and policy have differed over the years, it is easy to see some patterns.

Hans Morgenthau and Kenneth Waltz, two of the deans of international relations (IR), opposed the Vietnam War in the mid-1960s, for example. Huge numbers of IR academics opposed the Iraq War, taking out ads in newspapers before and after the war started, making their arguments to anyone who would listen. 2,200 academic historians joined them. When it came to the Afghanistan surge, a group of scholars organized a letter to President Barack Obama urging him not to surge, and as Columbia’s Jack Snyder put it, “Pretty much everyone [in the academy] thinks that the conditions in Afghanistan are terrible, that the political situation is terrible, and thus that the conditions for successful counterinsurgency and state-building are inauspicious,” warning that the current war strategy “would be costly, would take a really long time, and might not work.”

IR scholars and historians haven’t gotten everything right, but their voices are underrepresented at the principals level in Washington. Given the track record of U.S. foreign policy over the past fifty years, elected officials should make an effort to draw on their knowledge.

Justin Logan ( @justintlogan) is a senior fellow at the Cato Institute.