U.S. Military Defense Spending: It's Not What You Think 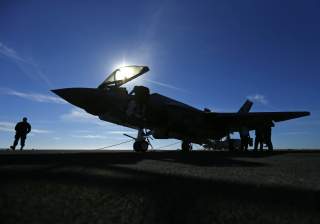 Recent calls for an increase in military spending and renewed U.S. military dominance reflect a growing alarm over defense readiness. At the center of the debate is a declining defense budget share at a time when global events are said to be destroying the post-Cold War order. Currently, the United States spends barely three percent of its gross domestic product (GDP) on defense, nearly half the rate of the Reagan era. While some have argued that that concerns are exaggerated, others have responded that the plan falls short of what is needed to restore the defense budget share to recent levels.

Against this background, a newly released global database from the Stockholm International Peace Research Institute (SIPRI) suggests that historical budget shares are not an appropriate reference points for determining todays defense budget.

The database records defense spending shares for 172 countries since the 1950s. First, it clearly shows that the recent decline in the defense budget share is part of a longer historical trend. Overall there has been a remarkable three-fold decline in the United States’s relative defense budget since 1960. While the current U.S. level of around three percent of GDP is well below the six percent attained in the Reagan era, the during that period of time the spending rate was likewise well below the nine percent of GDP attained in Kennedy/Johnson era. Thus, although as President Donald Trump says, the defense share is “on track to its lowest level ever,” this is true of every decade since the 1960s.

Second, the historical data also show that the decline in American spending is part of a global trend covering Western Europe, Russia and Eastern Europe and, to an extent, also Asia and the Middle East. The overall pattern of decline is highly pervasive across regions and across countries within these regions. Thus, whereas the world spent six percent of GDP on defense in 1960, it spends just over two percent today.

This long run global trend challenges us to see the current debate around the budget control act and austerity measures on American and NATO defense spending in a new light. Budget austerity cannot explain a trend that has persisted for sixty years and prevailed across countries with different systems of government and security environments. The presence of a long run and worldwide trend points to an explanation that transcends contemporary and local political affairs.

Potential global explanations, however, seem unconvincing. Has there been a steady de-escalation in global threats, as is suggest by a decline in violence and democratic peace theory, that might justify it? Have all governments, globally and historically, become “soft on security”? Both seem unlikely as starters.

An alternative explanation is the trend reflects declining costs. At first glance this appears to defy well known facts about the technological arms race and cost escalation, as evidenced by the F35 cost blowout. But this confuses costs per asset with overall defense costs. New technologies and revolutions in military affairs have delivered much greater effectiveness per asset, for example by improving fire power, accuracy and stealth. Likewise offset strategies—such as nuclear deterrence, precision guided missile systems organizational change and communications—have been often been implemented as cost saving measures, aimed at reducing conventional weapons and personnel.

Today’s low defense budget shares may thus reflect a dividend from fifty years of military modernization, allowing governments to provide security with a smaller share of the national budget. This also means that historical comparisons and benchmarking would be very misleading, reflecting cost structures that no longer exist.

Whatever the explanation the current debate, over the austerity and defense budgets, needs to be understood in the context of this larger picture—that the current seemingly low defense budget shares are only part of what is much broader long-run global pattern.

Professor Peter Robertson is a Professor of Economics and Dean of the Business School at the University of Western Australia. He serves as an expert consultant to the Productivity Commission and to the Department of Innovation, industry, Science and Research and is a member of the Australian Research Council College of Experts. Professor Jingdong Yuan is a Professor in the School of Government at the University of Sydney. He was previously Director of the East Asia Nonproliferation Program, and was Associate Professor of International Policy Studies at the Monterey Institute of International Studies, a graduate school of Middlebury College and a visiting senior research fellow at the East Asian Institute, National University of Singapore.