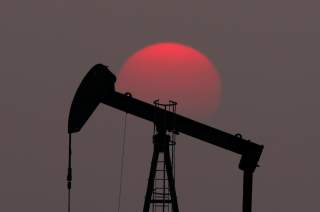 U.S. carbon dioxide (CO2) emissions from the power sector, and broader economy have declined 61 percent between 2006–2014; mainly from “switching from coal-to-gas-powered generation,” according to the U.S. Department of Energy’s Second Installment of the Quadrennial Energy Review, January 2017. These environmentally sound numbers from higher use of natural gas can also be translated globally to help with pollution in countries such as China, India, and across the continent of Africa.

How this new soft power of energy transforms the world economically, geopolitically, and positively towards western-aligned institutions is through increasing LNG exports, which “hit a new record high at 4.7 billion cubic feet per day in May 2019.” The United States is approximately the world’s third largest LNG exporter. Illustrating this power has seen the United States add four new LNG trains “with a combined capacity of 2.4Bcf/d come online since November 2018.”

Countries with heavy LNG deposits can transform their national fate and redirect their foreign-policy and national-security initiatives without deploying their militaries. Energy economics overtakes military significance, because everyone needs the power generation and electricity that clean burning, LNG exports provide.

Europe, led by Germany, is where the LNG’s soft power persuasiveness is changing continent-wide dynamics. In the first half of 2019 according to the U.S. Energy Information Administration (EIA): “Roughly 40 percent of U.S. LNG exports went to Europe, and in January, Europe surpassed Asia as a buyer of U.S. LNG for the first time.” This is a direct, soft power approach to countering Germany moving forward with the Russian-backed Nord Stream 2 pipeline that the United States and other European countries have deeply opposed.

Additionally, this newfound purchasing of U.S. LNG in Europe is another poker chip that can be used against Turkey leaning away from NATO over the purchase of the Russian S-400 anti-aircraft weapon system. It can also be used as a deterrent against the Turkish vessels that are continuously encroaching on Cyprus’ coast as they seek to illegally drill for oil and natural gas. Thus, this puts the entire Mediterranean security profile at risk, says, “Athens’ newly elected government.”

But coercion, and diplomatic solutions, without shots being fired, or crippling sanctions, are the opportunities the soft power of LNG provide large and small nation-states. With the United States since 2017 being the world’s top producer of petroleum and natural gas hydrocarbons this offers opportunities never dreamed of during the Cold War when it was the United States and the west versus Russia for global supremacy.

Beating Russia at weaponization of oil and natural gas can be traced to 2009 when “U.S. natural gas production surpassed that of Russia.” Russian firms heavily influenced or owned by the Kremlin—Rosneft and Gazprom—took a serious blow, which meant they no longer had free reign to manipulate prices in Central Asia, Eastern and Western Europe whenever it suited Moscow’s needs.

As an example, the first cargo delivery of LNG arrived in Poland earlier this summer from PGNiG (a Polish firm), and U.S. LNG provider Cheniere Energy at President Lech Kaczyński LNG Terminal in Świnoujście. The long-term contract, which was signed in November of 2018, will total approximately thirty-nine billion cubic metre of natural gas over the twenty-four year period of the agreement.

“Our portfolio of contracts with U.S. suppliers covers over 9 billion cubic meters of natural gas after regasification annually – that is more than we import from Russia. Such a volume strengthens Poland's energy security, but also gives us the opportunity to actively participate in LNG trading on the global market.”

This bolsters “energy relations” between Poland and the United States without involving military friction that normally precipitates NATO movements against Russia. Instead, U.S. LNG blocks Russian energy from interfering in Polish internal affairs or economic development.

Global security and European Union foreign policy against Russian LNG will also speed ahead in the coming years and decades ahead. New oil and natural gas project spending is expected to jump five-fold in 2019, according to Wood Mackenzie. Even smaller, geopolitical players like Mexico are seeking ways to boost their natural gas production 50 percent through government-owned, oil firm, Petroleo Mexicanos (PEMEX).

Fossil fuel—particularly, natural gas and/or LNG—will be at the forefront when it relates to soft power, national security, and robust economic growth for mature and emerging markets. Natural gas markets are dominated by U.S. energy decisions translated into policy more than ever before, “as Washington prosecutes a trade war with China and takes a hard line on Iran.”

The dominance takes place, because U.S. gross imports of crude and natural gas have steadied or declined whereas “rising LNG exports provide another point of US entry into world energy markets.” This balances world LNG markets, provides stability, and moves international energy trade forward in a soft power direction and platform over the weaponization of energy assets seen from Russia, China and Iran.

There is an LNG, soft power drama playing out on the world stage to engage international relations. LNG keeps major wars from erupting, and that is a positive economic and human longevity aspect of energy that few people, companies and governments seem to understand these days.