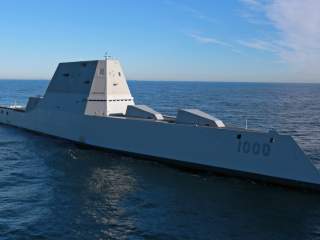 Let’s get some long-range weaponry out there—pronto. No, the DDG-1000 isn’t a stealth battleship. But it should be. And—suitably armed—it could be.

James Holmes is Professor of Strategy at the Naval War College, coauthor of Red Star over the Pacific, and the last gunnery officer to fire a battleship’s big guns in anger. The views voiced here are his alone.