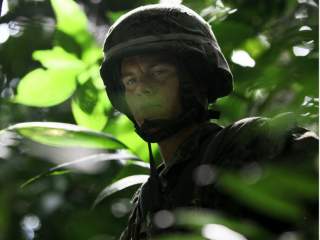 During the worst years of its narco-violence, Colombia’s governing institutions and democratic culture were under siege by powerful drug cartels. Recognizing the threat posed to U.S. national interests by powerful criminal organizations that fed on America’s voracious appetite for illegal drugs, Washington offered its southern neighbor critical support in the form of Plan Colombia. The holistic package provided the Colombian government with close to $5 billion for countering the drug cartels, with additional funds provided by international partners and by the Colombian government itself. U.S. assistance included training by U.S. military forces, as well as high-tech surveillance and precision weaponry to help Colombian security forces target cartel infrastructure and leadership. Colombia’s courageous fight against the drug cartels and the success of Plan Colombia offer important lessons that must inform current U.S. outreach to besieged governments in Central America.

Over the past year, we have led a project examining geopolitical trends in Latin America in the last decade, to better understand how those trends affect the relationship between the United States and its hemispheric neighbors. While important progress has been made in the region in terms of government and economic reforms over that time frame, the steadily deteriorating situation in Central America is cause for alarm.

Like Colombia in the 1990s, El Salvador, Guatemala and Honduras are beset by crime and instability, much of it linked to the illegal drug trade. Gang violence continues to plague these small nations, with Honduras suffering from the highest murder rate in the world, according to figures compiled by the United Nations. Guatemala and El Salvador are also in the top five on that list of murder capitals. That hyper-violence sent tens of thousands of unaccompanied minors northward to the United States seeking safety and economic opportunity, representing a tenfold increase in displaced children arriving at our southern border between 2009 and 2014. The United States needs to offer a Plan Central America to help reverse these dangerous trends and help stabilize our southern neighbors.

The omnibus budget deal recently reached by Congress and approved by the president included $750 million in assistance for these Central American countries, which represents a step in the right direction. However, the work of our Latin America project, and the lessons of Plan Colombia, strongly suggest that the crisis in Central America will not be solved with American largesse alone. U.S. assistance must be one part of a holistic package that increases security, promotes the rule of law, targets corruption and improves governance in each of these countries. Colombia’s experience teaches us that having a willing partner determined to attack the crisis on each of those fronts is as important—if not more important—than the sum total of U.S. assistance. A Plan Central America will also need regional support and buy-in to prove successful.

In the case of Colombia, the money and security assistance contained in Plan Colombia only helped solve the crisis because they were matched by strong political and military leadership in Bogotá. Colombian leaders were willing to make the required sacrifices in blood and treasure to defeat the cartels. They also understood that the fight required significant political and economic reforms to address structural weaknesses that made drug cartels and rebel insurgencies viable and self-sustaining in the first place. As a result of that determined leadership, Colombia today is a potential exporter of security expertise and assistance to its Central American neighbors, and to the wider region.

While U.S. financial assistance and security support to Central America are important, it is also incumbent on Washington to work with its other hemispheric partners to help stabilize these vulnerable countries. As part of our Latin America project, for instance, we noted the importance of rule of law and governance reforms in terms of improving security, economic performance and individual freedoms throughout the region. Those reforms undergird economic structures and trading blocs such as the Pacific Alliance (Chile, Colombia, Mexico and Peru), which can be used as tools to better integrate Central American economies into the regional economy. The combination of improved security and increased economic opportunity can act as a potent antidote to the criminality and corruption that have tormented the region for too long.

Already in Latin America we have seen how this dynamic of better security bolstered by governance and economic reforms can create a virtuous cycle. U.S. assistance to Central America should thus bolster civil society organizations and independent institutions that foster good governance and the rule of law, empowering a more vocal middle class that demands more from its political class and becomes less tolerant of political corruption.

Finally, in rallying support for Central America, we must be mindful of how the crisis there impacts the wider region. To take one obvious example, the vast majority of those crossing our southern border now come from these Central American countries, and not from Mexico. In fact Mexican nationals are now net migrants out of the United States. With the flow of migrants out of Central America, Mexico thus finds itself confronting its own immigration crisis and seeking to better secure its southern borders. Too often our political debate on immigration becomes a blame game, when instead we need a regional approach that both takes into account the equities of our close partners, such as Mexico, and ensures that the young children of Central America no longer fall victim to criminal gangs and human traffickers at home.

The $750 million that Congress appropriated to help Central America is a positive first step toward addressing a crisis very close to home. To maximize the return on this investment, however, Washington should develop a holistic Plan Central America that leverages the lessons of recent history, recruits regional partners and rewards honest and determined leadership in the afflicted countries.