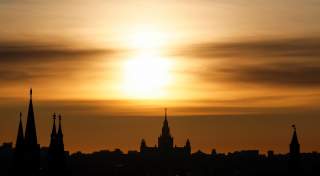 As President Donald Trump approaches his first anniversary in office, tensions between the United States and Russia continue to escalate and miscalculation between these two nuclear, and increasingly capable cyber, great powers is more likely than it has been in decades. Meanwhile, efforts to promote mutual understanding have withered amid disinterest and mistrust. And appropriate—if intensely political—public debate surrounding Russia’s interference in the 2016 U.S. presidential election has led many to assert expertise in understanding Moscow’s objectives despite lacking any real exposure to Russia, its citizens or their perspectives. This combustible mix of increased tension and decreased understanding is dangerous to America and also the world.

Even at the height of the Cold War, U.S. and Soviet leaders embraced people-to-people contacts as a shared interest and initiated programs to facilitate the exchange of people and ideas. They did not do so naively. While some on each side believed that these exchanges might build understanding that would advance the cause of peace, others thought these exchanges would promote not simply understanding but also sympathy or, more cynically, that they could weaken the other side’s unity and resolve. Indeed, Washington and Moscow pursued these more competitive aims in parallel with cooperative ones in the full knowledge that the other could seek to exploit them to advance its own interests. This allowed each side to protect its interests while maintaining channels of communication to avoid unintentional escalation and building a foundation for better relations should such an opportunity eventually emerge. Each side gained insight and room for strategic maneuver without ceding advantage.

As a result of this shared interest, thousands of researchers, students, teachers and other professionals traveled between the two blocs for decades. Organizations like the International Research and Exchanges Board, now known more simply as IREX due to its expanded mission, were established to manage the flow of people back and forth and to support scholarship that helped each side understand the other’s perspectives. Such efforts paid considerable dividends over time, including in establishing a common understanding of nuclear deterrence that formed the conceptual foundation for efforts to halt and reverse the nuclear arms race, to strengthen strategic stability, and to avoid nuclear war. One reason that today’s nuclear standoff with North Korea is so hazardous is precisely because U.S. officials cannot know whether Pyongyang’s leaders and their advisors share the fundamental understandings of nuclear deterrence and nuclear war that U.S. and Soviet scholars and scientists developed together.

Today, American and Russian interests, objectives, and policies are grinding against one another like shifting tectonic plates in the evolving twenty-first century geopolitical system. Internationally, the greatest points of friction are surely in Ukraine and Syria, where existing confrontations could plausibly lead to direct military conflict between the United States and Russia following an accident or a miscalculation of the other government’s response to a deliberate escalation. Any such armed conflict inherently risks nuclear war, more so if it occurs along Russia’s border. Short of direct conflict, failing accurately to predict Russia’s reactions to U.S. policy choices could also be quite costly—particularly if U.S.-Russia relations deteriorate so far that Moscow begins reflexively to oppose American actions on a global basis. Russia could considerably complicate the U.S. mission in Afghanistan by providing portable surface-to-air missiles to the Taliban, for example.

Fortunately, while human beings cannot prevent collisions between the Earth’s tectonic plates or the consequences they produce, we do have the ability to avoid or at least mitigate the earthquakes and volcanic eruptions that could result from a continental collision between Washington and Moscow. The first step is in improving our understanding of one another’s points-of-view, goals and actions as well as the intent behind them. This is a much harder task given the existence of fewer broad and deep personal contacts that extend beyond the U.S. and Russian governments and into our respective societies.

Those contacts are now at risk through a combination of apathy, atrophy, mistrust, budgetary pressure, and a toxic political climate that increasingly stigmatizes Americans and Russians who interact with one another. In this environment, U.S. and Russian government officials have demonstrated no appetite to re-energize the exchange of people-to-people contacts. According to a study led by Prof. Ted Gerber of the University of Wisconsin in Madison, universities have reduced their overall support for Russia expertise. And, with very limited exceptions such as the Carnegie Corporation of New York, private foundations and other donors have long since moved away from supporting such efforts.

Earlier generations saw mutual benefit in reducing misperception and miscalculation between two nuclear-armed powers and laying a path towards improved relations to be followed when the moment was ripe. Quite understandably, improved relations seem unlikely anytime soon. Yet even in confrontation, deeper informal contacts are quite important. The question is whether U.S. and Russian leaders today will show the strategic foresight shown by earlier American presidents and Congressional leaders of both parties in concert with their Soviet counterparts. Private institutions will be quite sorely pressed to sustain sufficient levels of U.S.-Russia engagement entirely on their own.

Paul J. Saunders is Executive Director of the Center for the National Interest and a former State Department senior advisor in the George W. Bush administration.

Dr. Kristin M. Lord is President and CEO of the international education and development NGO, IREX.