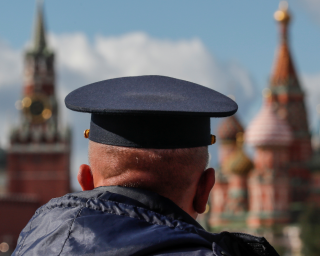 The United States and Russia are locked in an angry geopolitical confrontation that threatens to spiral into direct military conflict—even if neither country wants it. America’s current strategy toward Russia, simply put, is not working; instead, it’s tying our hands. It’s making Russia more aggressive externally and less democratic internally. The dangers are escalating.

Diplomatic tools that prevented armed conflict during the Cold War have atrophied; arms control and verification regimes that helped provide strategic stability and prevent a costly arms race are in danger of collapsing. The United States has imposed dozens of sanctions on Russia that have had no apparent impact on its foreign policy behavior. Official meetings and negotiating fora have largely dried up, while citizen-to-citizen contacts have diminished to the point where neither public understands the other. Meanwhile, Russia has formed a de facto entente with China, our main global competitor. Moscow is becoming bolder in challenging the United States and its allies while expanding its regional and global trade and security arrangements.

To revise our strategy toward Russia we must first define America’s own long-term strategic interests. Our paramount interest is national security. Russia remains the only country that can destroy the United States with nuclear weapons. Moscow is developing a new generation of hypersonic weapons designed to evade U.S. defenses and hit their targets with little or no warning. It has the means to disrupt the American way of life, even destroy our advanced weaponry, through cyber attacks against U.S. computer networks. And, as we saw in 2016, it can exploit social media to undermine our democracy with disinformation campaigns that hearken back to the “active measures” of the Soviet period. The United States, of course, has the capability to harm Russia, which locks the two countries in an embrace of mutual destruction.

Russia, too, has its own strategic interests—whether or not we accept them or condone them. For the sake of our own security, we must try to understand what motivates Russia. Objectively analyzing Moscow’s aims helps clarify how we should pursue our objectives or respond to future actions by the Kremlin.

This process of re-evaluation makes one thing clear: we need more tools, and a more flexible strategy, to respond to the dangers, challenges and, yes, even opportunities that Russia may present. Although confrontation may sometimes be necessary, we must add two more components: competition and cooperation.

All three are legitimate policy choices, depending on the situation, but the benefits of any choice must be measured against the potential costs and consequences. Too often, our recent choices seem to be made on the assumption they are cost-free to the public and do no harm to important U.S. interests. For example:

· If we choose to let arms control regimes atrophy or even disappear, are we willing to pay the price to modernize our strategic and tactical nuclear and conventional weapons systems in order to deal with potential simultaneous conflicts in Europe and Asia? Will we have the ability to monitor Russian weapons development if we abandon verification agreements?

· If we continue to sanction Russian individuals and entities, are we willing to forego remaining areas of cooperation and dialogue that serve both U.S. and Russian interests, such as space exploration and management of competition in the Arctic Ocean? Is American business willing to lose out to foreign competitors on lucrative contracts with Russian entities? Is the payoff from sanctions worth the cost?

· If we don’t maintain regular levels of communication—military-to-military, political-to-political and other talks with the Russian government—will we be able to prevent an unwanted escalation of conflict in a time of crisis? If we curtail educational and cultural exchanges with Russia, will ignorance of each other lead to unconstrained animosity?

To that end, we believe our strategy must include the following elements:

· A renewed emphasis on strategic stability through verifiable arms control agreements and joint efforts to prevent the proliferation of nuclear arms.

· A robust offensive and defensive cyber warfare capability, combined with dialogue with Russia and others designed to promote strategic stability in the cyber sphere.

· Restored official and citizen-to-citizen contacts to ensure channels of dialogue exist to manage the competition between our two countries and promote a better understanding of one another.

U.S.-Russian relations are not likely to improve dramatically in the foreseeable future. But we must take steps now to ensure that our increasingly intense competition with Russia does not veer off the tracks and threaten our core security interests. We need a sustainable, bipartisan strategy that combines elements of confrontation, competition and cooperation, one that is grounded in a clear understanding of the costs and potential consequences of whichever policy options we choose.

This is not an attempt to be “friends” with Russia. This strategy is not predicated on Russia’s liking us; it is based on strengthening our own security. Like it or not, building paths to Russia is part of ensuring U.S. security.

Jill Dougherty is a CNN contributor and a Global Fellow at the Woodrow Wilson International Center for Scholars.

Thomas Zamostny is a former chief of Eurasian analysis for the CIA.